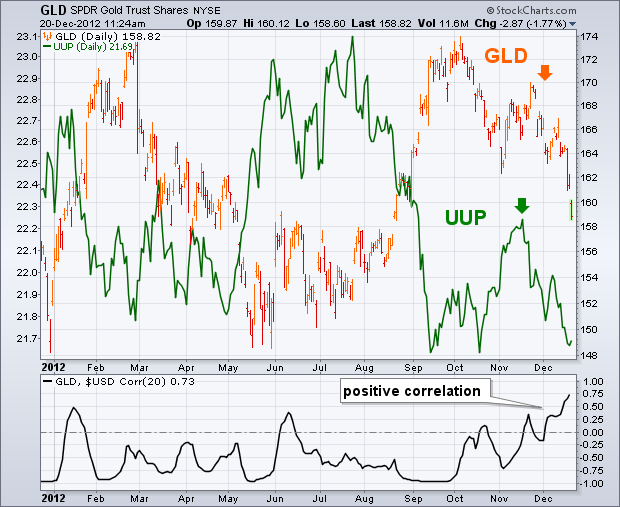 GOLD AND THE DOLLAR ARE FALLING TOGETHER

One of the most consistent intermarket principles is that gold (and most commodities) usually trend in the opposite direction of the U.S. Dollar. That inverse relationship has broken down of late. Chart 1 compares the Gold Trust (GLD) to the Dollar Index (UUP) over the last year... Read More 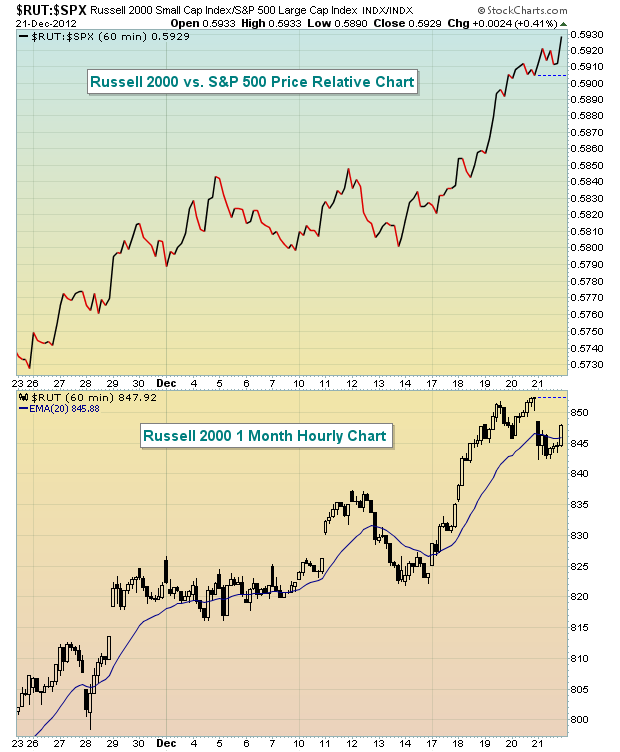 To historians, this doesn't come as a surprise. Since 1987, the Russell 2000 has produced annualized returns during the month of December of 43.38%. April is the next best month for small caps with its annualized return of 21.84%, a very distant second... Read More 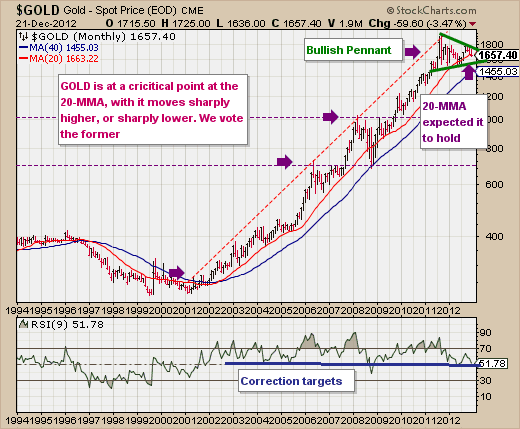 KEEPING AN EYE ON GOLD

In the past several weeks, the FOMC has voted to "expand" its balance sheet until which time economic growth is strong and getting stronger ($45 billion long-term treasuries/$45 MBS)... Read More 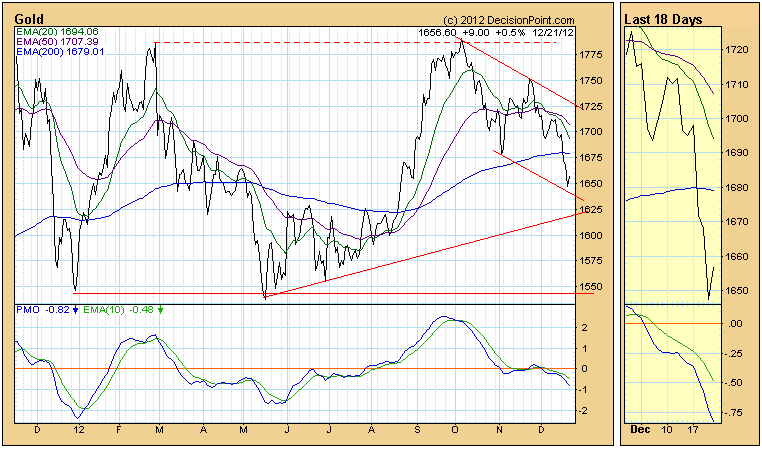 About a month ago I wrote an article stating that I thought that gold was resuming its long-term up trend, but that belief was conditioned upon price moving above the October top. That did not happen... Read More 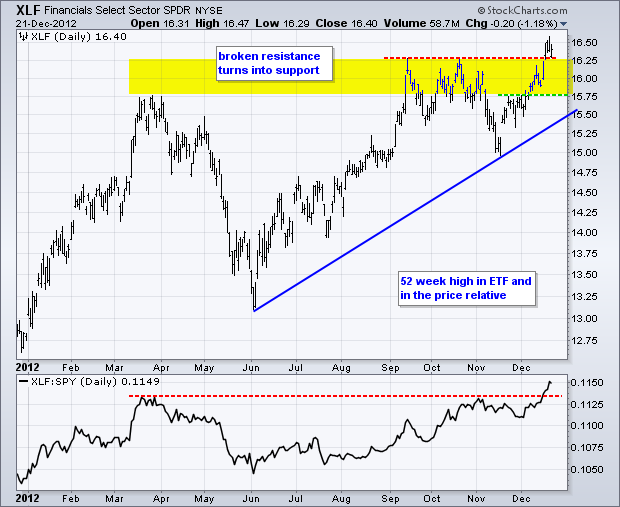 2012 is ending with a bang for banking stocks as sentiment towards this sector improved significantly in December. Perhaps the big banks are looking forward to open-ended quantitative easing in 2013... Read More 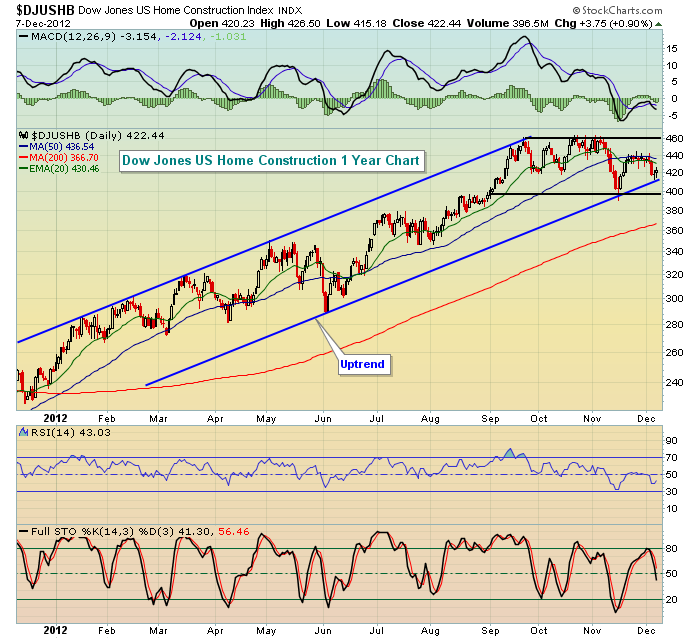 HOMEBUILDERS SEEING CRACKS IN THE FOUNDATION

Homebuilders have been a leading industry group throughout the S&P 500 rally off the 2009 lows. This strength has been particularly obvious over the past year. Looking strictly at a shorter-term chart, technical indicators couldn't look much better... Read More 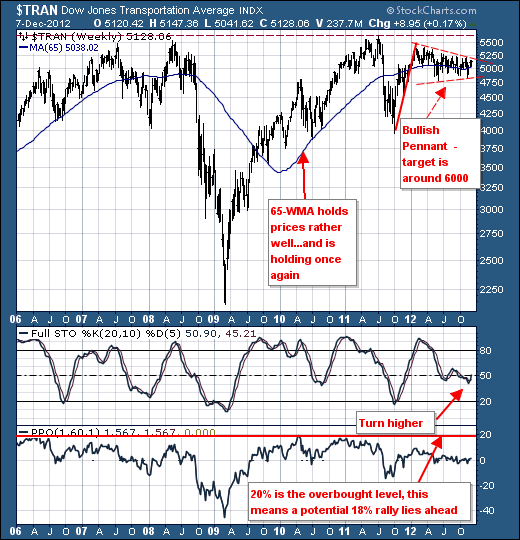 TRANSPORTATION ON THE VERGE OF BREAKOUT

The Dow Jones Transportation Index ($DJT) is on the verge of a major breakout that could see prices rise by up to +20%... Read More 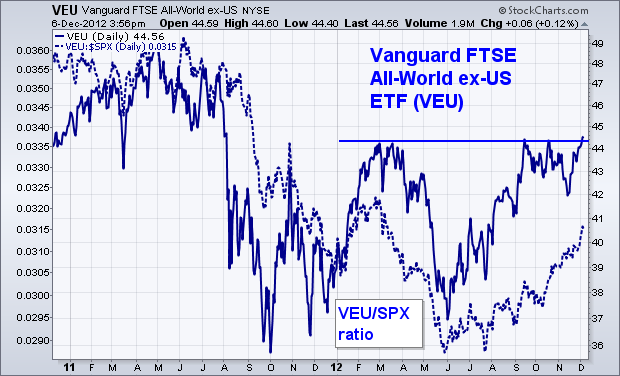 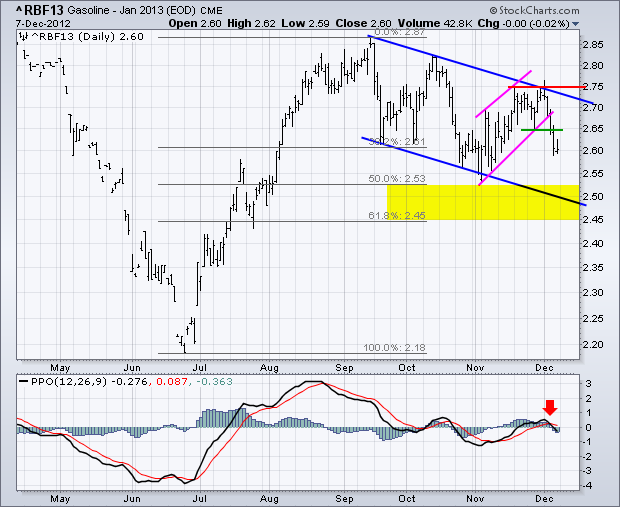 Gasoline Jan13 (^RBF13) formed a lower high and broke support with a sharp decline this week. First, notice that the trend since mid September is down with a series of lower lows and lower highs taking shape the last few months... Read More