That's the bad news.  The good news is that momentum issues are more of a short-term nature than a long-term one.  Still, as traders, we need to respect them just the same. 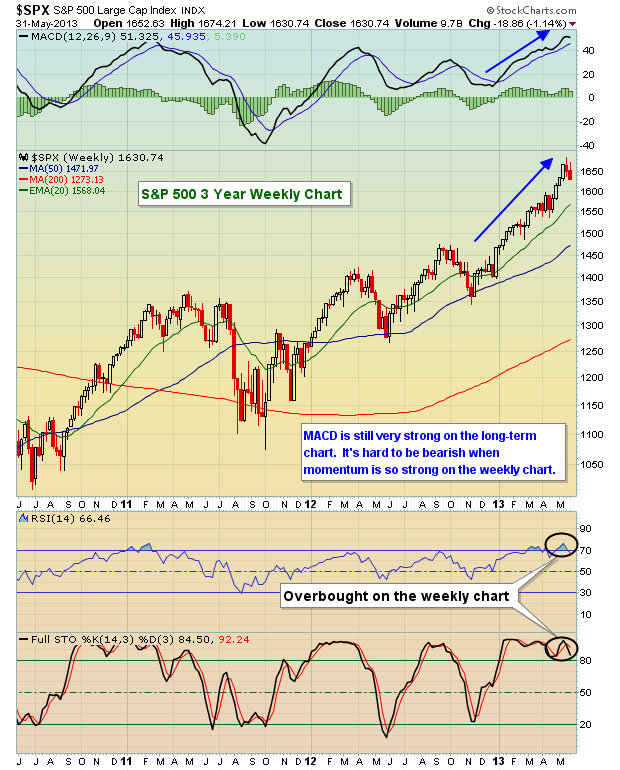 The MACD couldn't be much stronger.  As S&P 500 prices have risen to new heights, so too has the weekly MACD.  That suggests that the longer-term rally hasn't ended, so keep this in mind during any short-term periods that are more bearish and frustrating.  The short-term may prove to be troublesome.  While the long-term weekly MACD looks great, that's not the case on the daily MACD.  Check out the S&P 500's daily chart and take a look at the hit the MACD has taken lately: 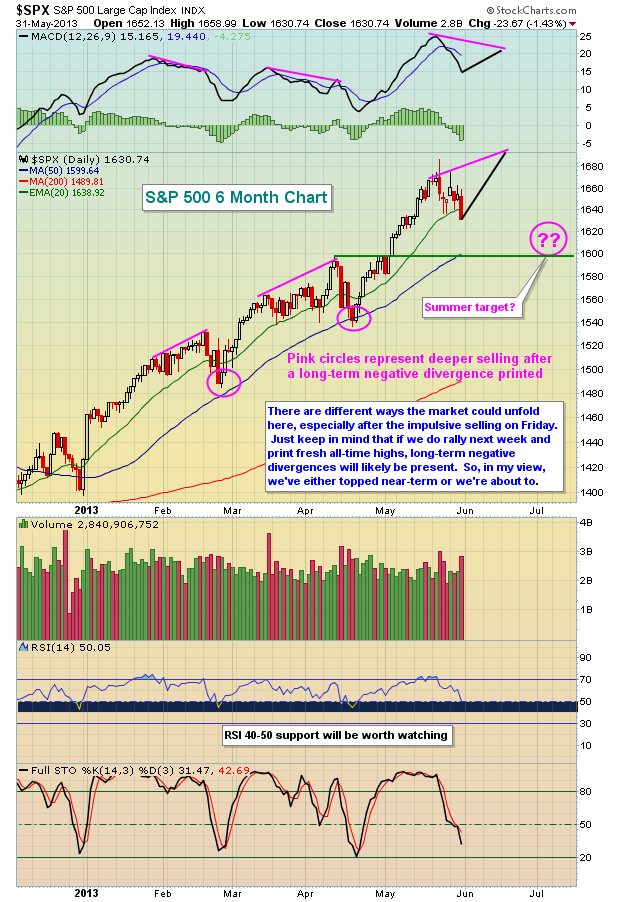 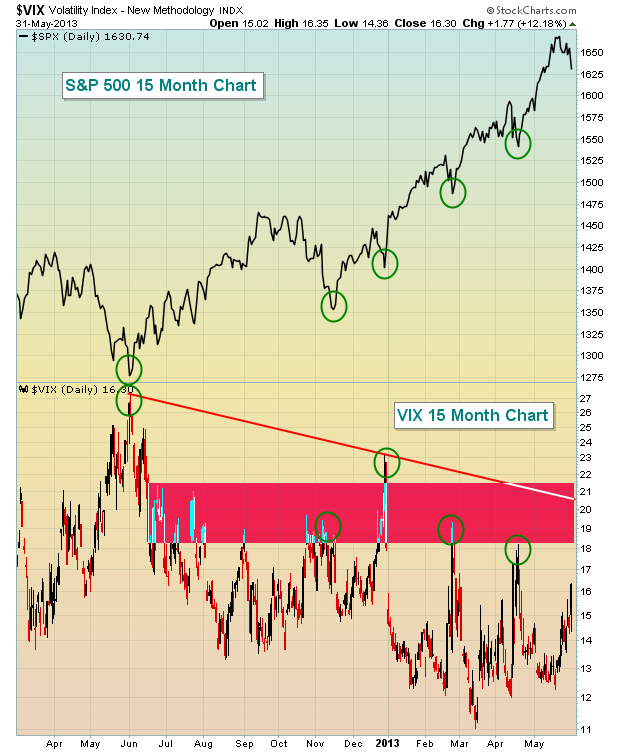 I would look for a top in the VIX in the 18-19 area.  If selling really escalates and fear spikes, perhaps we'll see a test of the downtrend line closer to 21.  Over the past year, nearly every short-term bottom in the S&P 500 has occurred with a VIX somewhere in the 18-21 range.  The late December 2012 period was an anomaly as fiscal cliff talks spooked investors.  Once the VIX tops, though, I do expect another rally in equities based on a number of factors, but certainly that strong weekly MACD won't hurt.