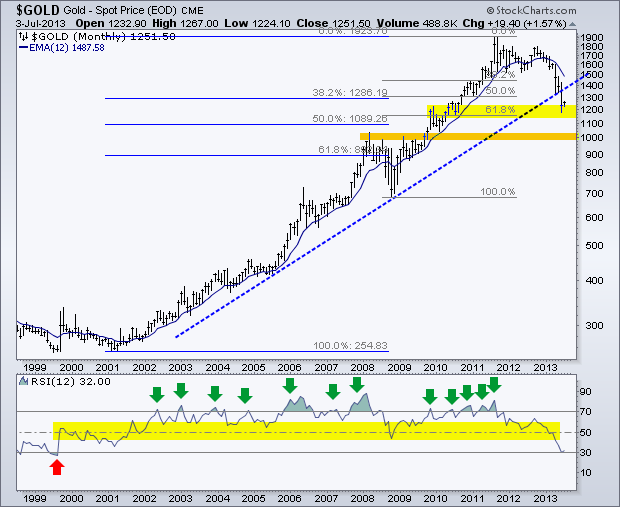 Medium-term, gold is oversold after a plunge from 1800 to 1200. Notice that 12-month RSI is near 30 for the first time since 1999. Oversold conditions typically occur in downtrends, not uptrends. Overbought conditions are typical for uptrends (green arrows). In addition to medium-term oversold conditions, gold is in a support zone marked by the 61.80% retracement and broken resistance from the December 2009 high. The combination of oversold conditions and support could give way to a bounce back towards the 1320-1350 area. The long-term downtrend, however, is expected to takeover at some point and the subsequent resumption would open the door to $1000, which might make Grover Cleveland happy. 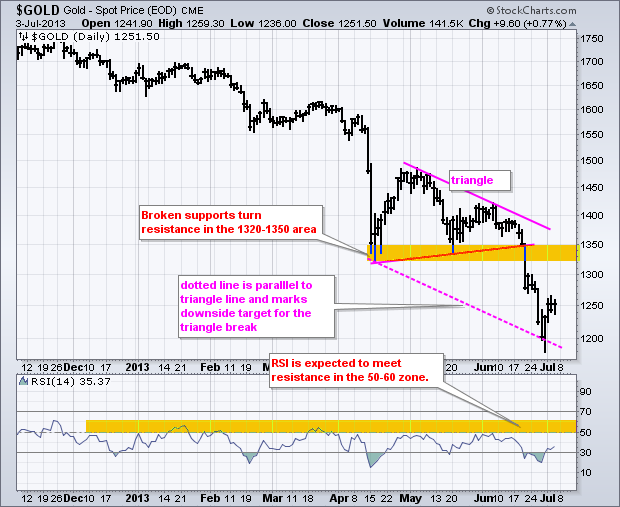