The Dow Industrials and Transports are hitting new record highs together once again. That's a sign of an ongoing bull market. [Dow Theory holds that an upside breakout in either one needs to be confirmed by a similar breakout in the other]. Chart 1 shows the Dow Industrials trading at a new record today. Today's action in the transports is even more impressive. Chart 2 shows the Dow Transports climbing 3% to also trade at a new record. The upside action in the transports is also encouraging, since they're considered to be an economically-sensitive stock group. That's especially true of air freight, rails, and trucks. Today's upside leadership is coming mostly from truckers. 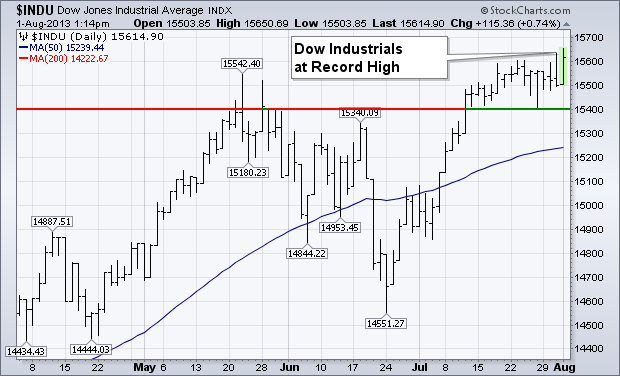 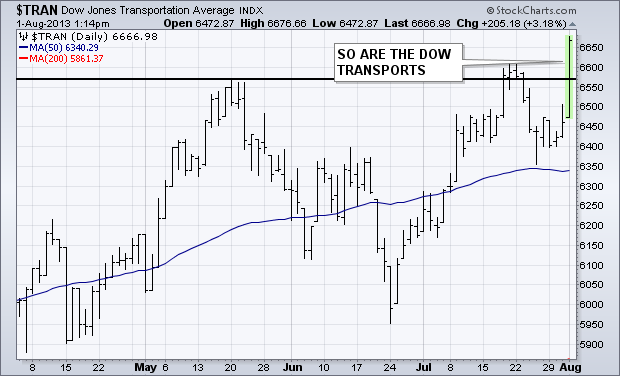