Most areas of the stock market have enjoyed the past few months, especially since the lows of June 24th.  Don't count software as one of those groups, however.  At first glance, this might seem like an area of the market to avoid because of poor relative strength over the past couple years.  Check out this relative chart showing software lagging the S&P 500 since late 2011: 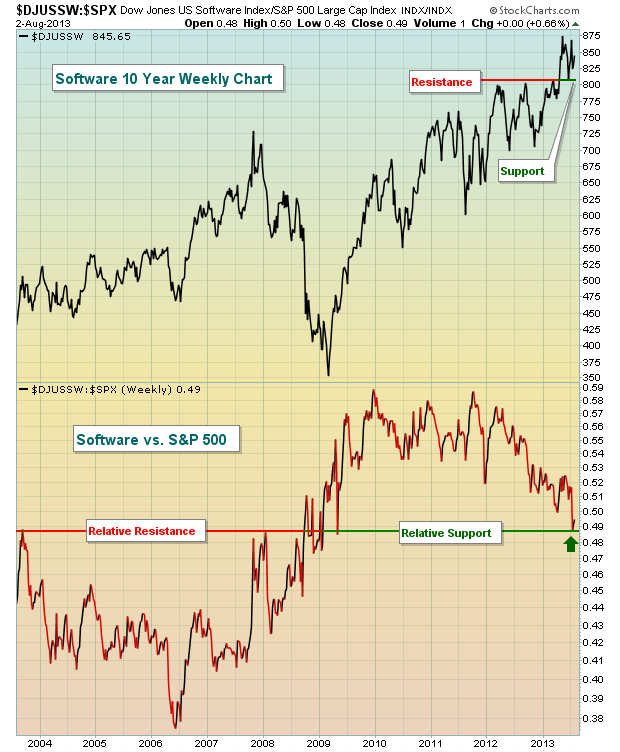 So why might this be an industry group worth considering?  Well, first consider that technology is regaining relative strength.  A couple months ago, I featured an equal weighted technology ETF (RYT) that was just making a relative breakout vs. the S&P 500.   That relative breakout is now much more obvious.  Take a look: 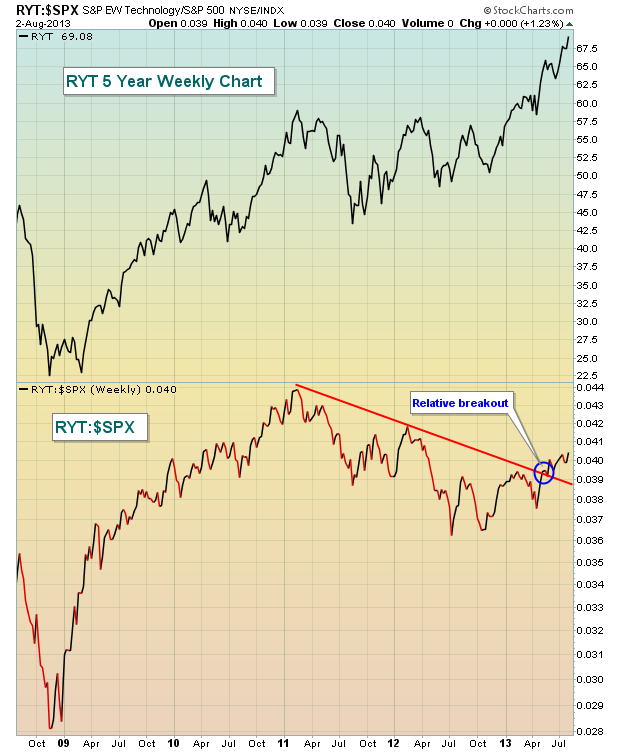 Another reason to like software stocks here is that they appear to have hit an area of relative support where we might begin to see relative strength once again.  Money flowing away from overbought areas could easily look to software as a lower risk area within the technology space.

Equities overall are quite extended and I try not to make a habit of chasing extended areas of the market.  Rotation is a key part of any bull market, so I look for areas that are technically healthy that might be poised to benefit from temporary selling in other sectors and industry groups.  Software is clearly in an uptrend and technically sound, but it's been consolidating since May and may be ripe for another advance.

I like several stocks in the software space, but am featuring one in particular for my Chart of the Day for Monday, August 5th.  This stock just blew away consensus estimates on both the top and bottom line with its latest quarterly earnings results and I expect it to be a leader over the next few months.  CLICK HERE for more details.