Wednesday's Fed announcement that it would finally begin a modest tapering of bond purchases in January gave a slight boost to bond yields during the second half of the week. The daily bars in Chart 1 show the 10-Year Treasury Note Yield (TNX) backing off Friday from its September peak near 3%. Bond yields had already risen since October in anticipation of a possible Fed move. This week's muted reaction in bond yields, however, doesn't diminish odds that bond yields will probably be heading higher during 2014. That's due partially to reduced bond purchases. But it's also due to improving economic conditions. A higher-than-expected third quarter GDP of 4.1% is the highest in nearly two years and confirms other signs of an economic rebound (like a five-year high in housing starts). What's a realistic upside target for bond yields in 2014? The weekly bars in Chart 2 show the 10-year yield having broken a six-year down trendline. Standard chart analysis suggests a possible upside target to 3.75% which is the high reached in early 2011. The pledge by the Fed to keep short-term rates down also reassured stock investors and put a limit on how high bond yields can go. My November 23 message on the yield curve relied on that pledge in arriving at an upside target for the 10-year yield: "That makes 3.75% a realistic upside target for 2014, if the Fed keeps short-term rates near zero". 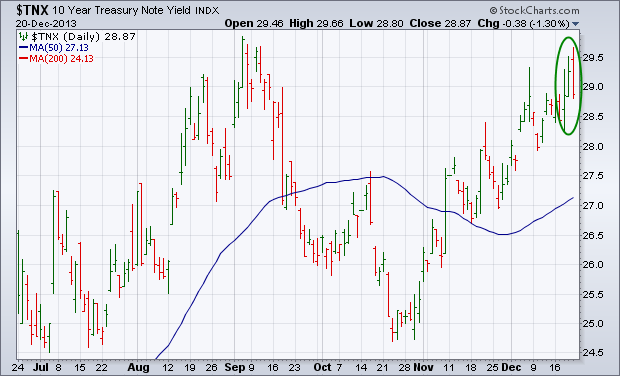 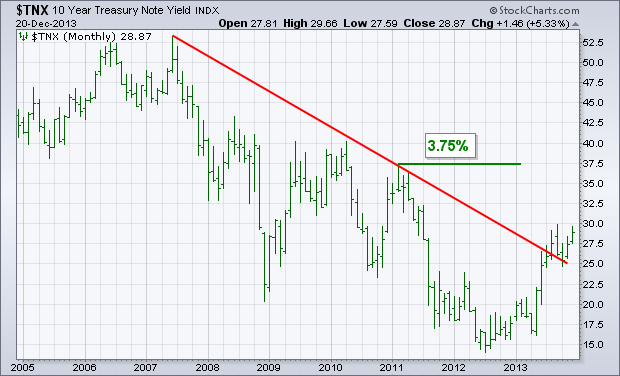 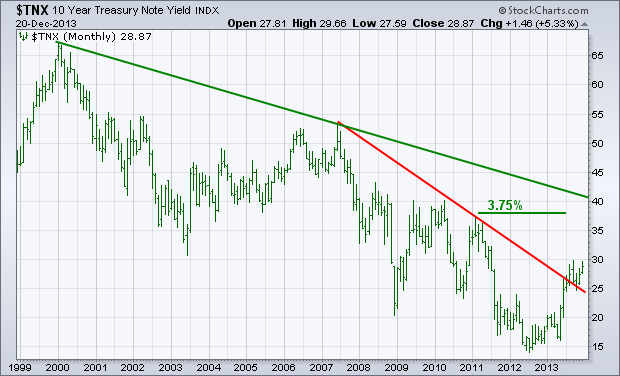