The mixed performance of ten key industry group ETFs reflects the flat performance in the S&P 500 since early May. Note that the S&P 500 is virtually unchanged since April 30. As the PerfChart below shows, six of the industry group ETFs are up and four are down. The Biotech SPDR (XBI) is the clear leader with a 21% gain in two months, but I am most interested in the Retail SPDR (XRT), Home Construction iShares (ITB) and Regional Bank SPDR (KRE). These three are up and showing leadership recently. ITB is the third best performer with a 6+ percent gain. 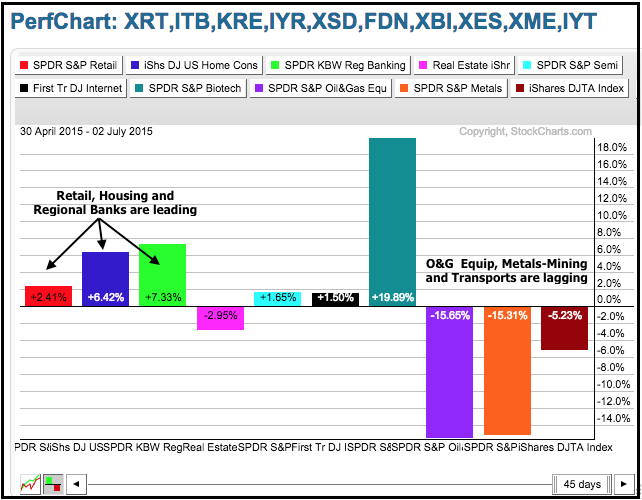 Housing is an important industry for the economy and continued strength in the Home Construction iShares could bode well for the broader stock market. The second chart shows ITB with a big ascending triangle and a breakout earlier this year. Broken resistance turned support in the 26 area and this level held from late April to early June. An ascending triangle is a bullish continuation pattern and this breakout is valid as long as the May lows hold. A close below 25.5 would negate the breakout and this would be bearish for ITB, and weigh on the rest of the market. 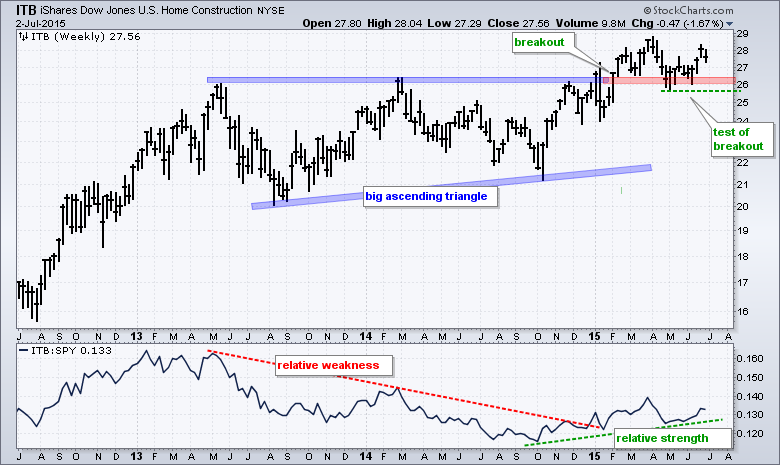