One of the widely watched gauges of market direction is the NYSE Bullish Percent Index ($BPNYA). That index measures the percent of NYSE stocks that are in point & figure uptrends. Chart 1 shows a point & figure version of that index. [P&F charts show alternating columns of Xs and Os. X columns show rising prices, while O columns show falling prices]. Readings over 70% are overbought, while readings below 30% are oversold. The index reached an oversold low of 24% during January. The chart also shows the BPNYA in a potential support zone formed during the 2011 selloff. Here's the good news. The last X column has risen to 36% and has exceeded the previous X column at 32%. That constitutes a p&f buy signal. [A P&F buy signal occurs when a rising X column exceeds a previous X column]. That's an encouraging sign. 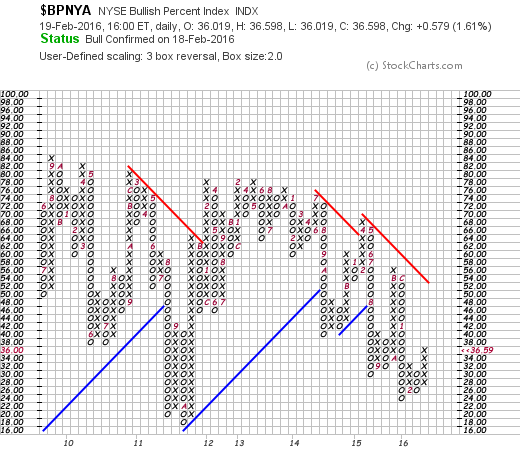 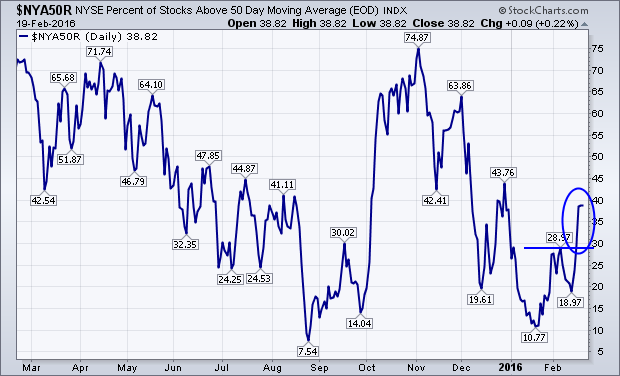 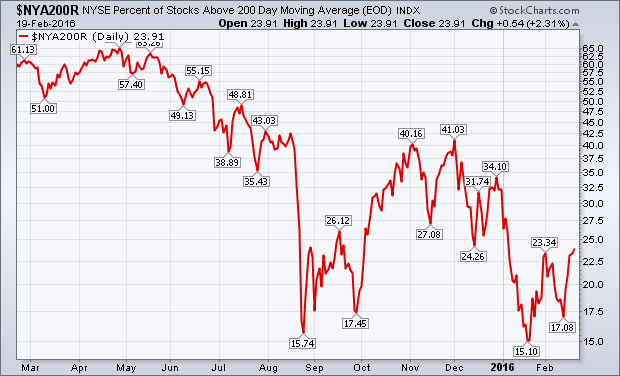