For example, take a look at the chart below on SNAP, a company that reported its earnings after the bell last Tuesday. 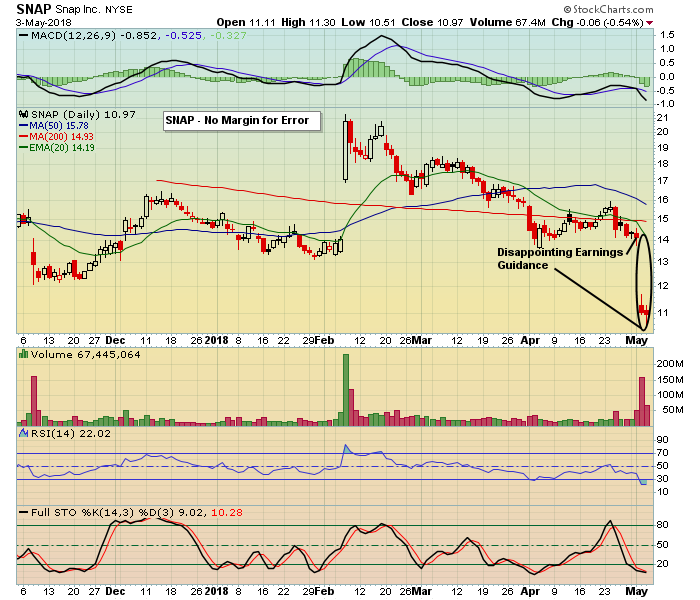 As you can see, the stock lost 25% of its value in just two days at its low on Thursday, predominantly because it lowered its forward guidance when it released its earnings. I know this one well as we had it out as a trade alert to members with an entry price of $14.30 and a stop loss of any Intra Day move below $13.75. It never fell below the $13.75 level prior to releasing its numbers and we had exited the position prior to the report as it's simply too risky to hold stocks into their earnings reports, and you can see why.

For sure it has become more difficult for some companies to hold gains these days and that includes companies that actually beat expectations. For example, look at the chart below on TEVA Pharmaceutical, a company that reported its earnings before the bell on Thursday, beat expectations and had some promising things to say going forward. The stock actually was higher by over 8% pre-market the morning of the report and closed lower by almost 4.5% by day's end, a 12.5% negative swing. 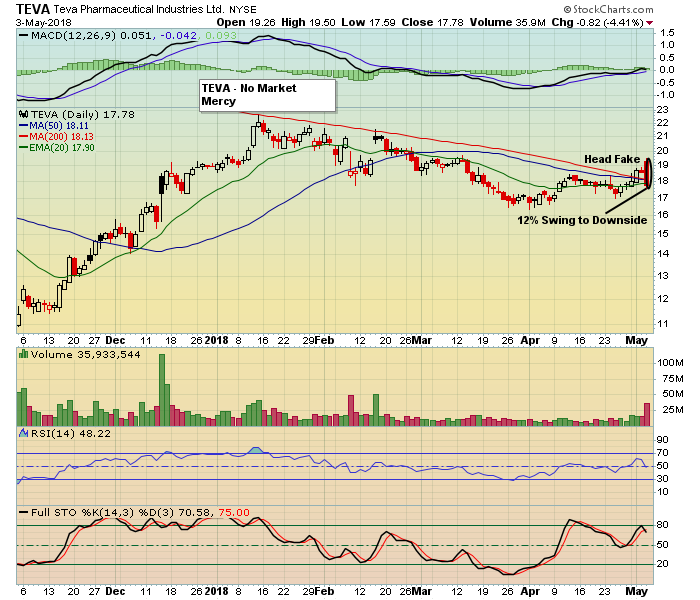 At EarningsBeats we have focused exclusively on those companies that beat earnings expectations as they can often become high reward to risk trading candidates at some point down the road. And this has been a successful strategy during the long bull cycle. However, for the first time in quite a while the market looks more vulnerable to deeper selling which could set up well for shorting those stocks that miss earnings expectations. Accordingly I am conducting  a FREE webinar this Monday, May 7, where I will be discussing the concept of shorting stocks including showing a number of examples of companies that recently reported and missed earnings expectations  and could be high reward to risk trading candidates - i.e., to the downside. If you want to participate in this FREE webinar just click here.

When the market is strong for long periods of time the best opportunities can come from those companies that report strong earnings. However, when the tide turns it might make sense to look at other alternatives that could be profitable as well, including companies that miss earnings expectations and could be viable short candidates.