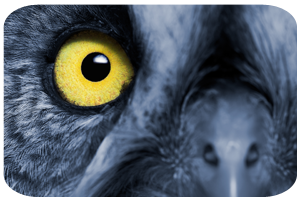 2018 has been a tough year for stocks with the S&P 500 SPDR (SPY) basically unchanged (+.08%) for the year. During this journey to unchanged, SPY was up around 7% at its late January high and down around 5% at its February low. The index has since gyrated within the range set from this high and low. 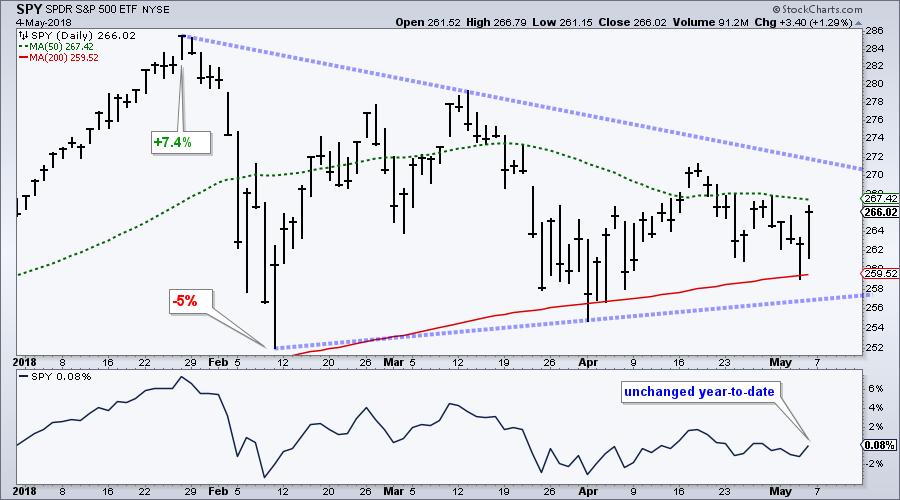 2018 looks like one volatile mess on its way to nowhere when viewed close up. Things change, however, when we take the bird's eye view to gain some perspective. 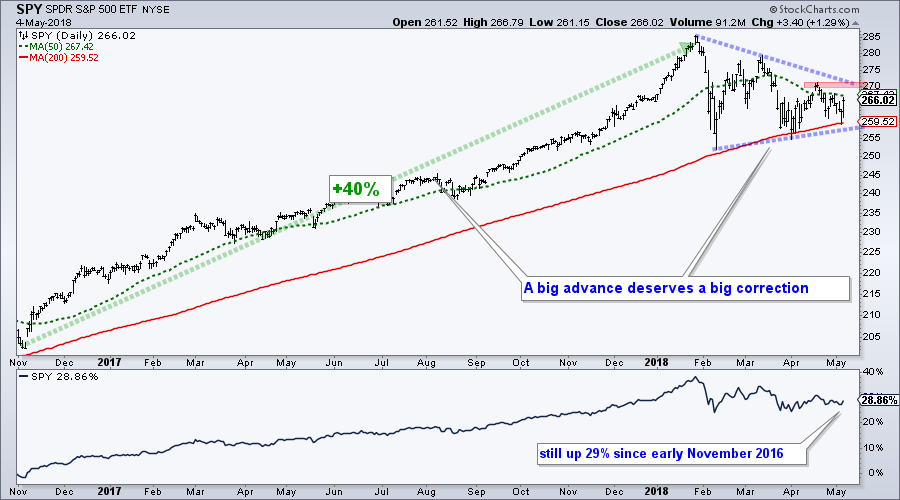 When paired with the prior advance, this triangle looks like a consolidation within a bigger uptrend. In other words, it is a rest after a massive advance. The market is digesting the gains of the prior 15 months and building energy for the next move. The upper line of the triangle and April high mark resistance. A breakout here would resolve this pattern to the upside and project a move to new highs. 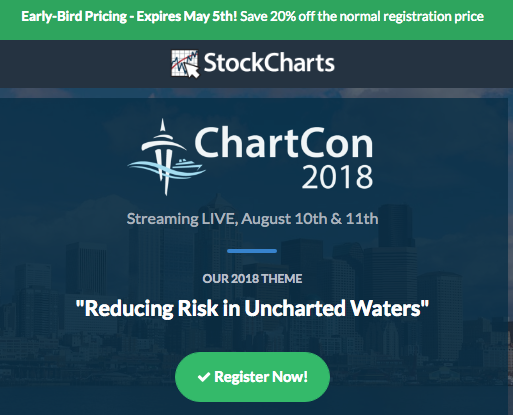