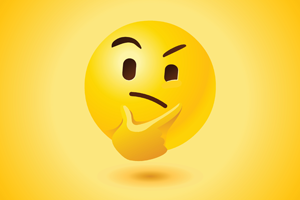 Many a pundit considers small-caps as the canaries in the coal mine and this implies that relative weakness in small-caps is negative for the broader market. As Missanei of Game of Thrones might say: It is known. Known, yes, but is it actually true?

In the interest of full disclosure, I bought into the argument that small-caps were the canaries in the coal mine and relative weakness was negative for the broader market. It certainly makes sense, but the markets often march to the beat of a nonsensical drummer. 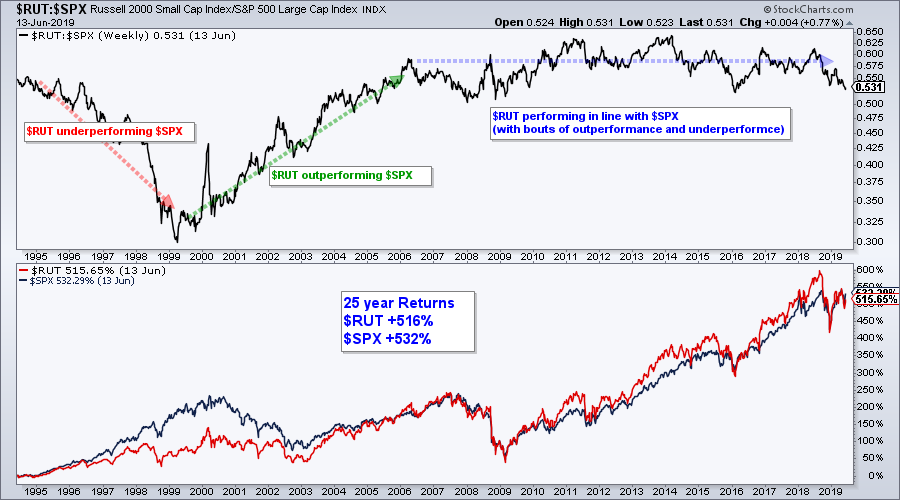 We can quantify periods of relative strength and relative weakness using the Rate-of-Change (ROC) of the $RUT:$SPX ratio. In particular, the Russell 2000 is clearly outperforming when the 26-week ROC of $RUT:$SPX exceeds +5% and underperforming when the 26-week ROC of $RUT:$SPX exceeds -5%. The chart below shows this indicator in the lower window with bullish signals in green (cross above +5%) and bearish signals in red (cross below -5%). 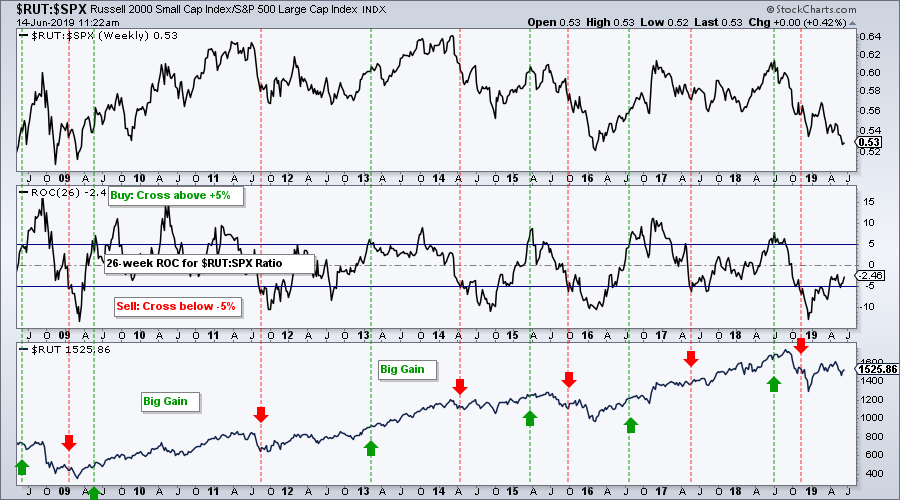 To test these signals, the strategy buys the Russell 2000 when it outperforms (ROC cross above +5%) and sells when it underperforms (ROC cross below -5%). The chart above shows 11 years and this is not enough for a backtest because there were not any extended bear markets. Instead, I decided to run this test over a 25 year period and the results are shown in the table below. The first line with gray shading shows results when buying $RUT outperformance and selling $RUT underperformance, while the second line shows the opposite (buying $RUT underperformance and selling $RUT outperformance).

As the results show, buying the Russell 2000 when it showed strong outperformance did not work out well over the last 25 years. This is hardly surprising when we consider the first chart in this article. There were seven winning trades and five losing trades. The average gain was 20.5%, which is good, but the average loss was high too (18.91%).

In contrast, buying the Russell 2000 when it was underperforming worked much better. The Compound Annual Return was 6.7% with nine winners and four losers. The average gain was 22.5% and the average loss was just 4.2%. This means it is better to buy the Russell 2000 when it is underperforming the S&P 500. Put another way, buy $RUT when the S&P 500 is leading.

Clearly, the S&P 500 is the key driver for stocks and stocks perform best when large-caps lead. The Russell 2000 is just along for the ride.