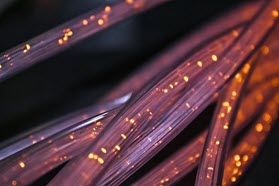 The Networking ETF (IGN) is leading the market with a solid uptrend and a new high this week. Diving into the group, I found a stock that recently broke out and formed a short-term bullish continuation pattern. The stock is also in an uptrend and I expect a breakout to new highs in the coming weeks.

The first chart shows IGN with the Trend Composite Indicator in the lower window. This indicator aggregates trend signals from five different trend-following indicators. The Trend Composite turned bullish in mid November 2020 and all five indicators currently signal uptrend. On the price chart, IGN broke out in early November 2020, fell back to the breakout zone and broke out of a falling flag in early December. 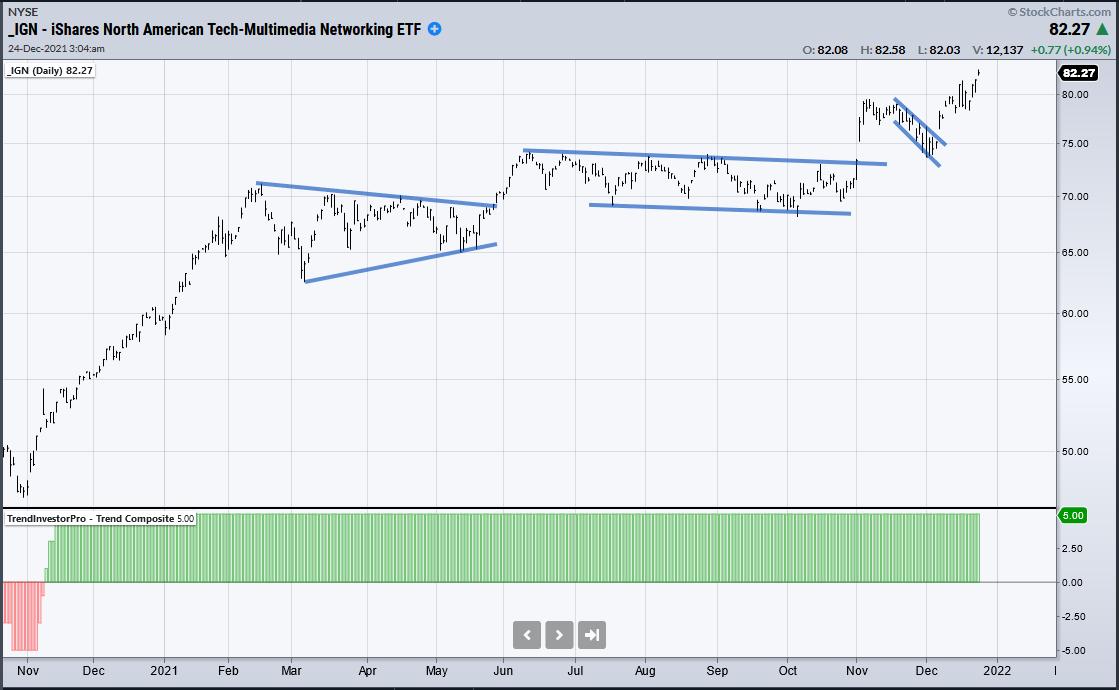 F5 Networks (FFIV) also sports an uptrend and a recent breakout. The Trend Composite got a whipsaw in July and has been bullish since late July. On the price chart, the stock broke out of a long consolidation in early November (red zone) and then stalled with a pennant (small triangle). This is a short-term bullish continuation pattern and a breakout would signal a continuation of the bigger uptrend. 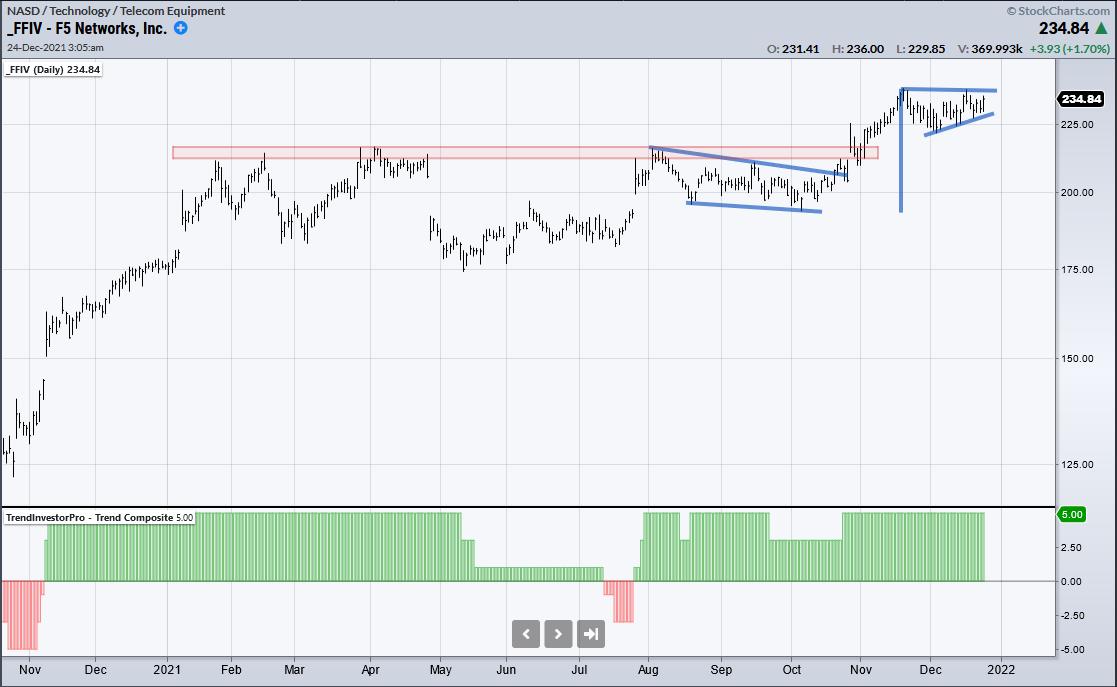 Interested in the Trend Composite? This is one of 11 indicators available as part of the TrendInvestorPro indicator edge plugin for StockCharts ACP. The screen shot below shows these indicators on the left and the plugin details on the right. 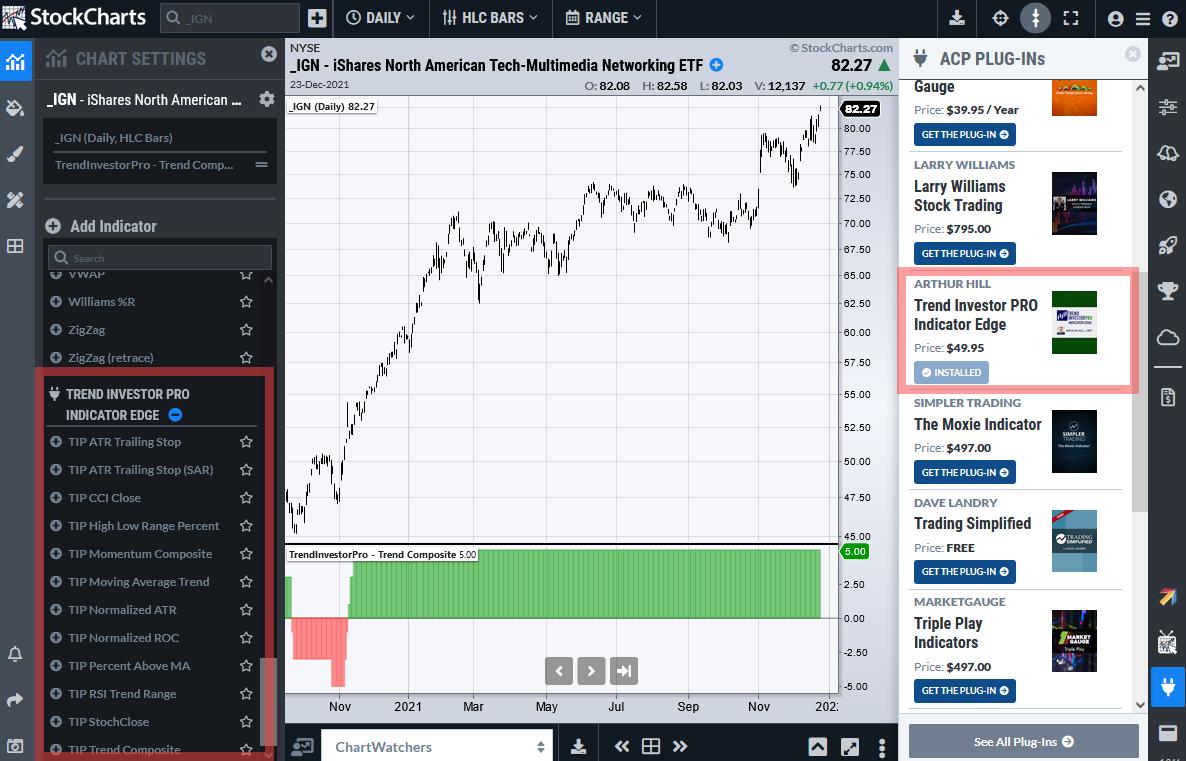 Thanks for tuning in and best wishes for the holiday season!