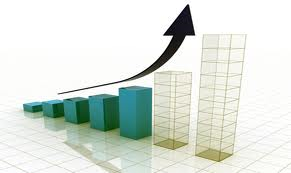 There is no doubt that investors are attracted by positive performance.  Unfortunately, most investors stop there and never accomplish the due diligence to confirm that the returns are meaningful.  In most cases they usually place entirely too much emphasis on performance without putting it into the context of the market or the ever-important philosophy behind the strategy.

Here’s a fact:  All performance measures are trailing performance.  Why do you suppose the NASD and SEC demand that disclaimers, stating that “Past Performance is no Guarantee of Future Results,” appear on all official documents and advertising?  Because they know that an advisor’s or fund manager’s performance is only a measure of how they did in the past, nothing more.  Not surprisingly, the past can be significantly affected by many events totally out of the control of the advisor or money manager.

It is not abnormal for investors to chase performance because we humans have a tendency to extrapolate the recent past into the future.  Our minds cannot handle large numbers well (see article “A Different Perspective on Standard Deviation”) and when confronted with difficult things we want to understand we tend to simplify it by only looking at things that are in recent memory.  Trust me; this is not abnormal behavior, just a deficiency in our human makeup and a behavior that is not healthy for your investments.  This is why investors are usually bullish at market tops and bearish at market bottoms.  This is also why the financial media continues to invite analysts who so often are wrong in their past appearances, but keep getting invited back because they sound so convincing.  Of course investors love to hear them as they tend to push all the right buttons that make them believe the analyst can predict the future.  I’m sure their frequent appearances have nothing to do with any advertising dollars spent at the network. Tongue firmly in cheek.

Reading financial publications that list the recent performance of mutual funds is a primary contributor to the illusion of what will be the next “hot” performer.  The reasons most funds are in the “top performer” list is because of financial events and long-term economic or market cycles that are totally out of the fund manager’s hands.  These events usually have an effect on asset classes which in turn have an effect on the funds’ performance.  A fund that is heavily loaded into a particular asset class will generally perform like that asset class.  Often you will see the mutual funds ranked by using stars, with the more stars meaning it has outperformed its peers.  Some studies have shown that this can also work well as a contrary opinion marker.  I have looked at it in detail and while the contrary part eventually works out, the time involved is usually much longer than most investors will tolerate.

The years 1998 and 1999 are a good example of investors chasing performance – many dumped their money into technology issues (dot.com) without regard to anything other than its recent performance.  Those who study market internals and risk were generally in defensive positions much of those years.  Their performance suffered; however, payback time was just around the corner.  The excesses of the late nineties all began to pay their tuition in early 2000.  Those analysts and advisors, who were defensive early, were the top performers during the big bear market that ensued.  Did they know the market was going to plummet?  No, they just knew the risk of being invested was too high and acted accordingly.  A similar thing happened in 2006-07, and guess what: it will happen again.

Another mistake that is common with investors is that they fail to consider their own performance, whether it is in their retirement plan, their individual brokerage account, or wherever.  They focus on chasing the hot issues and totally ignore whether it is actually working or not.  Most would find that chasing performance has hurt them considerably over the years.  A company called Dalbar does an annual study on mutual fund investors’ performance compared to a large array of asset classes.  It always shows that the individuals, usually caused by frequent asset shifting, have performed poorly relative to the asset classes.

So what should one do?  Assess your needs over a long term horizon.  If you are amassing assets for retirement you cannot take undue risks, either by chasing performance or being highly speculative.  You must adapt to a belief that it is the performance over the long term that you need in order to reach your goals.  This is a lot easier to say than it is to do.  The really lucky folks are the ones that find a good advisor; one they are comfortable with, one that has a good steady long-term record of not taking big risks while still getting satisfactory returns, one that takes defensive positions in bad markets.  Those investors enjoy a good night’s sleep.  And it is not about outperforming your friends and neighbors.  Your satisfactory performance is personal – period.

Have a happy Thanksgiving!

Trade by knowing the past but not expecting it to continue ad infinitum,