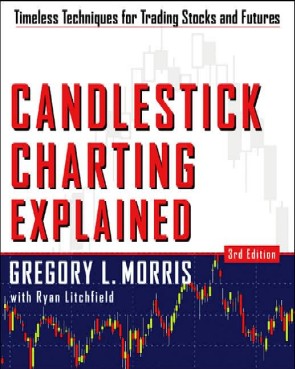 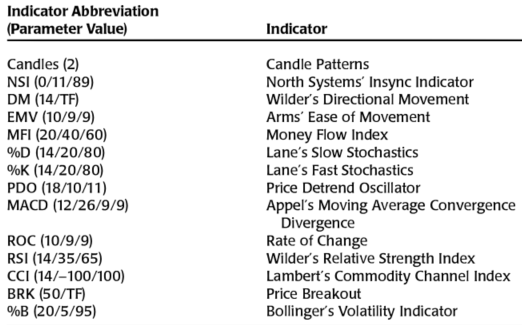 I'll do an article later on the North Systems' Insync Indicator.  This was an indicator that Norm North and I created about a hundred years ago.

There are some important points to keep in mind when viewing these tables.  All common stocks from all three stock exchanges (NYSE, Nasdaq, and Amex) were used in the analysis, 7275 issues in all, for a little over 13 years each, which resulted in over 14.6 million days of data and generated almost 1.7 million candle patterns.

IMPORTANT:  Keep in mind that each individual stock is analyzed for its best performing indicator first, then the average of the totals of each best performing indicator and their respective performance when they were the best one is shown below.  Similarly, the average of all Buy and Hold performance is shown when it was the best performer.   The above paragraph is critically important to understand when viewing and analyzing these tables. 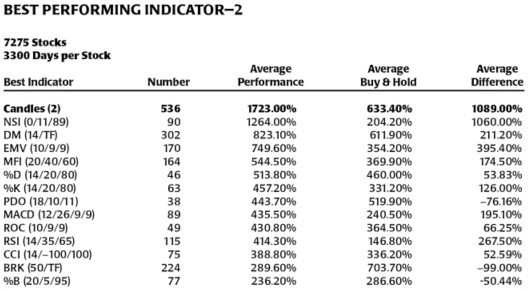 Table C shows the same ranking methodology but this time the candle pattern performance was measured after four days (Candles (4)).  Here candle patterns performed on average over all the millions of data points, best out of the 14 technical indicators. 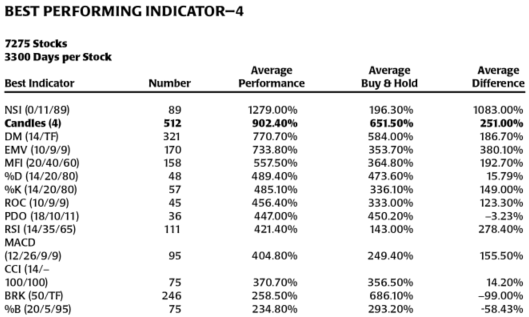 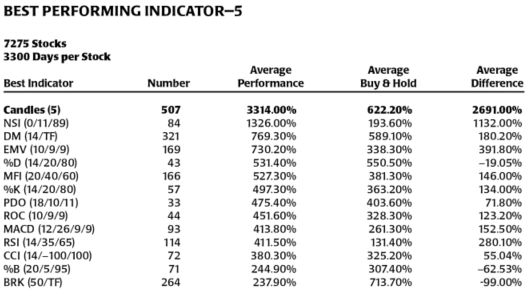 The next article will be the last one in the Candlestick Analysis series, called Putting It All Together.  I’ll offer a process to use in validating and using candle patterns in your trading.

On April 27, 2016 I did an interview and slide presentation with the Market Technician’s Association – CLICK HERE.