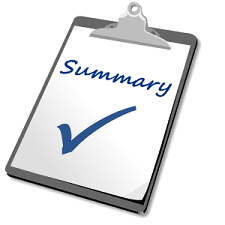 Periodically I write an article that reviews the past few months of articles.  Why on Earth would I do this?  Primarily for two reasons.  One is that many new readers are involved and often they do not go back and look at the past articles.  Two is that my articles are rarely tied to anything that is happening in the markets.  Generally, they are about experiences I have had as a technical analyst for almost 45 years; the good, the bad, and the ugly.  Click on the article title for a link to it.

For as long as I can remember there has always been reference to the term “wall of worry.”   It boils down to the fact that during the last part of a bull market (a period of time not known until afterwards) many are talking about the market topping.  They come up with all sorts of reasons for the bull to end; many sound believable.  The bottom line is that they are usually wrong for a long period of time before the market actually peaks.  The market climbs a wall of worry.

I wanted this one to be special and not sure I accomplished that.  I told a story about when I was in money management and trying to garner business by telling clients about technical analysis and its many benefits.  It just didn’t seem to work since they had all been brainwashed into believing it was black magic.  I then started telling them about the fiction and the flaws in modern portfolio theory and they perked up.  I found how to get through to them – show them what they had believed for the entire career was bogus.

Another great filter for daily market noise is Gerald Appel’s Moving Average Convergence Divergence (MACD); a big name for are very simple concept.  I also introduce an article I wrote over 30 years ago for Stocks and Commodities magazine about my suggestion for improving MACD.

In this article, I go into much more detail from my Stocks and Commodities article showing how to determine the components to be used for MACD instead of the original 12 – 26 -9 that Appel used.  In this article, I discuss detrending, something you can do with StockCharts.com’s SharpCharts MACD.  For example, if you wanted to detrend the price data with its 21 day moving average, just do an MACD using 1 and 21.

If you have read most of my earlier articles you know I am quite critical of academic finance.  Working in the sterile laboratory of modern finance must be a great deal of fun.  You don’t ever have to actually use the nonsense you produce and your peers will praise your work for it.  The ivory tower of modern finance has caused more harm in the investing world that you can imagine.

Over the past two years I have written about cognitive biases or heuristics as some call them.  In this one I discuss Ambiguity Aversion, Representativeness, Selective Thinking, Status Quo Bias, and Under-reaction.  I also added one that I made up called Fear of Being Wrong.  Pulling the trigger probably is the biggest culprit in keeping many from being successful traders/investors.  If you spend years developing your system and you cannot execute it, you have a problem.

You Need to Understand What Market Breadth Offers – May 15, 2017

In my early articles, I discussed market breadth (internals) a great deal.  I felt it was time to cover some of the basics again.  The primary beauty of market breadth is that it treats all stocks equally; unlike most of the market indices, which are either capitalization weighted or price weighted.  The advantage is during the market topping process where only a handful of the big stocks are moving the indices higher.  Meanwhile the mid and small stocks are not following them up and that becomes apparent with market breadth.

I often get asked about what books I like.  I try to avoid telling them that I have written 4 books on technical analysis, but it usually sneaks out.  In this article, I produced my short must-read list of only 4 books (not mine, of course), and then I produce a more involved list.  I have (had) many friends in this business who have written books.

As we move past 8 years of a good bull market, I thought it was time to talk about market tops.  Many will interpret this as if I believe we are near one.  That is so wrong!  I’m a trend follower and do not care if or when the market tops; I’ll just react accordingly.  In this piece, I present two charts showing the past two market tops with data nine months prior and nine months afterwards.  The point being that it will be well after the actual top before anyone realizes it was the top.  Well, except for wild guesses by the experts on television.

True Confessions by Greg Morris could have been the title to this article.  I mention 5 things I did wrong at the beginning of my career as a technical analyst / market junkie.  These are the 5 times I discuss:  Believing that I was right and the market was wrong.  Trading put and call options.  Trading commodities because the exceptional leverage was exciting.  Subscribing to newsletters.  Moving from strategy to strategy.  I end by stating that there is no greater joy than to sit at your desk and pull money out of the equity markets.