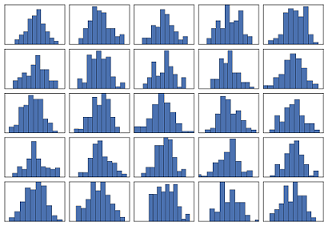 Distribution is the term often referred to as the topping process in the stock market.  Before we go any further I want to say this loud and clear:  I am not calling a top in the market.  As you hopefully know by now I am just a humble trend follower.  Calling tops and bottoms in the market is generally left to the market timers and those who never trade; only analyze.  Distribution got its name from the fact that stocks are being distributed from the smart hands to the not-so-smart hands; or so I have heard.  These are nasty periods in the market; very difficult to make money.  The buy and hold crowd gets nauseous.  The trend following crowd gets beat up.  The market timers usually do poorly because there aren’t any good market timers.  These long drawn out affairs are essentially difficult for everyone except the dishonest.  Lots of emotion is at play.

A good way to explain the difficulty in knowing when a market has topped is by example.  Chart A is the March 2000 top with data nine months before the top and nine months after the top.  I know you realize this can only be accomplished in perfect hindsight.  Also, I am using the S&P 500 Index for this analysis.  I have annotated the many up and down moves that occurred in this 18-month time frame.  I think (hope) you can agree that there is no way to know when the top will occur during this period.  The bottom right corner shows where an eventual 20% decline would be from the top.  This chart of 18 months (9 before and 9 after the top) still doesn’t not show it in a bear market.  Remember, these were big up and down moves in the S&P 500 during this period.  Also keep in mind that the previous two years were only up when you looked at the large cap growth stocks making up the dot com industry.  Small caps and mid-caps did not perform well during those periods.  I am trying to show you that when the experts, pundits, and talking heads start talking about a market top; you need to stop listening to them. 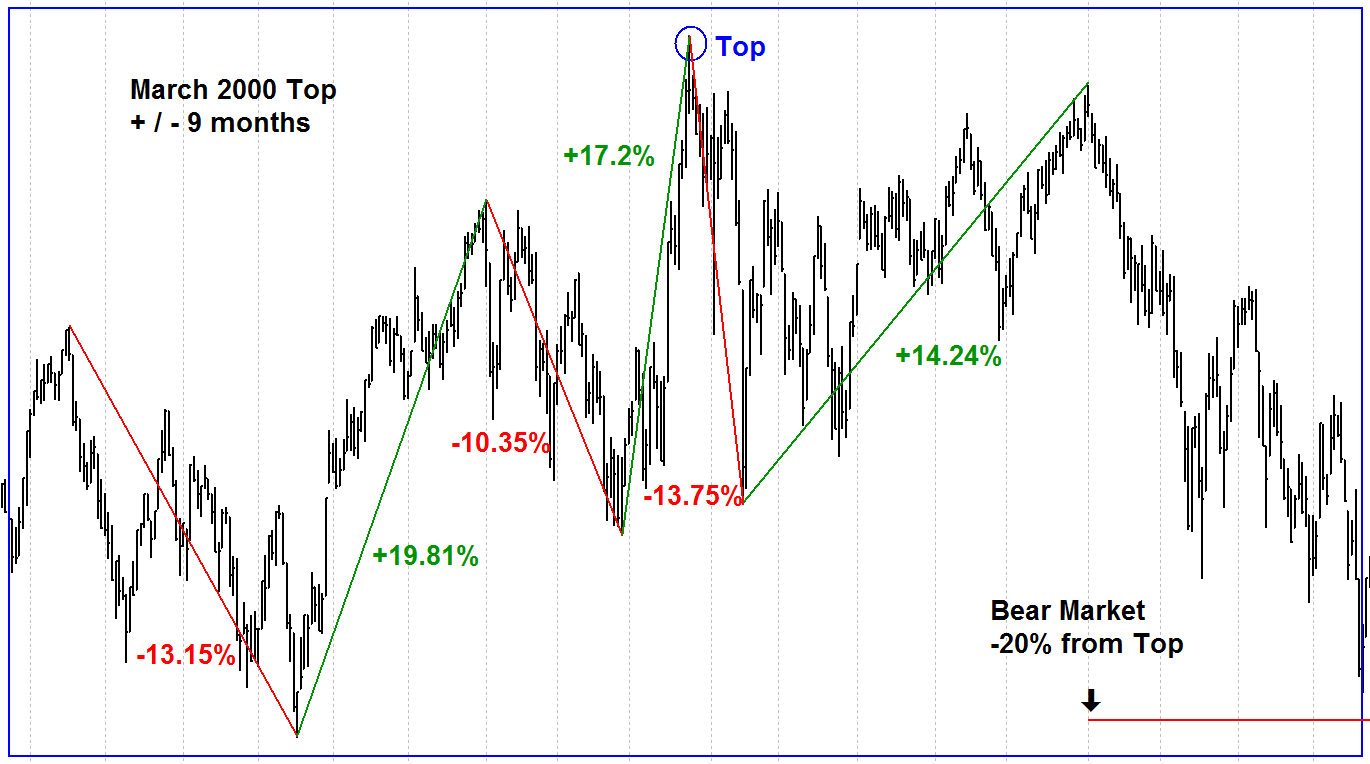 I’m going to repeat myself because this is important; we know Chart A is showing a top in the market only because it happened 18+ years ago.  The eventual decline of the market was -50.5%.  And a 50% decline requires a 100% gain to break even.  Break even should never be a strategy.

Chart B shows the S&P 500 top in 2007 with 9 months of data before and after it.  Again, large moves up and down in this period and eventually we can see it shows a bear market with a decline of 20% from the ‘now known’ top in October. 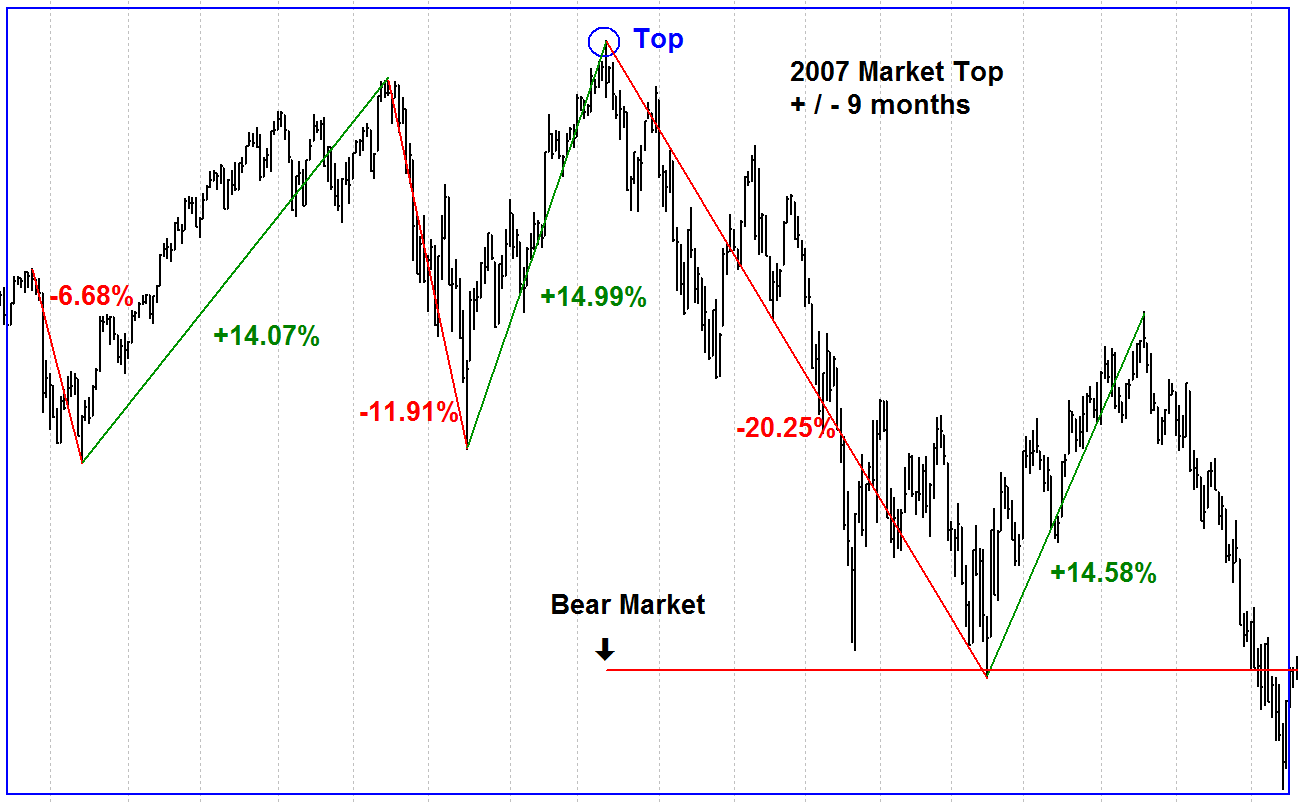 The eventual decline in Chart B was -57.69%.  The market did not hit bottom until early March 2009 and eventually got back to where the top was 5.5 years later.  Bear markets are not just about the percentage decline, they are also about the amount of time from top to bottom and back up to the level of the top.  The 2007-09 bear market was very different than the 2000-03 one.  This time it involved everything plus the kitchen sink.  Hardly anything survived this bear market.

The term used to identify market bottoms is called accumulation and is usually very dramatic and quick.  Sometimes only one bottom spike, sometimes more, but they are generally easier to identify; certainly so, more than distributions.  I need to close on the note that the current market could easily be setting up a period of distribution with its big up and down moves and volatility.  Could we have seen the top?  Is this a double top?  What is going on here?  However, as a simple rules-based trend follower I do not have to make predictions; I just follow the model.  I do however feel the need to comment on what I see happening; this is not an easy market.