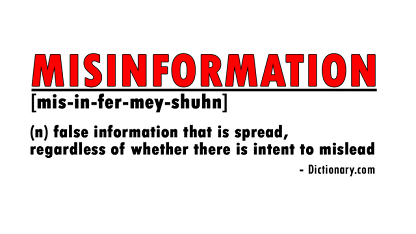 Exceptional discipline and objectivity will keep you from falling victim to short-term emotion and chasing something new, even though you know your long-term methods are sound.  The uncertainty of the market requires a methodology that allows you to participate in most of the good times and avoid most of the bad times.  The only thing worse than being wrong, is staying wrong.  So why do we want to believe information that does not hold up under scrutiny?

Being human has some real baggage with it.  Behavioral psychologists will tell you that as human beings we can remember significant facts about events of the past, however, our memories are tainted with our perceptions, our education, and a personal understanding of things in general.  We cannot grasp the entire set of details we did not know at the time, only the actual event itself.  Reconstructing the past is generally a few significant facts sprinkled with lots of personal beliefs and opinions.  This is quite natural and attributable to a human’s inability to deal with uncertainty and randomness.  A detective will tell you that eyewitness accounting of an event must happen as soon as possible and that eyewitnesses must be kept separate from one another.  This is because each one will associate personal understandings, education, and beliefs into their accounting of the event.  Allowing eyewitnesses to discuss the event amongst themselves will allow a dominant personality to totally reconstruct the event, correct or not, usually unchallenged by the others.

Other curious human failings come to mind.  Many believe George Washington cut down a cherry tree.  This was a story by Mason Locke Weems (early 19th century), who was trying to humanize Washington by this fictional story.  What a great story to tell children; sadly it isn't true.  Washington did not throw a silver dollar across the Potomac either.  A vague and incomplete understanding of the Coriolis Effect has many believing that water drains from a tub in a counterclockwise direction in the northern hemisphere.  This is where a little knowledge of scientific information has been totally misapplied.  Panama hats are not from Panama; catgut is not from cats, on and on.

Similarly, in the investment world we have many such things that seem to go unchallenged.  Buy and hold investing is a good long term strategy, economists are good at predicting the markets, diversification will protect you from losses, compounding is the eighth wonder of the world, missing the best days each year can be devastating, probability and risk are the same thing, and chasing performance will work; just to mention a few.  A discussion of these follows and will continue in the next article.

Buy and hold is a proven strategy for the stock market.  In 1976, a Yale professor, Roger Ibbotson, produced a study showing the returns of various investments since 1924.  It clearly showed that small company stocks outperformed not only large company stocks, but also bonds, bills, and inflation; and by a significant margin.  Today, the study reflects the same, if not better, results over the last 80 years.  This is convincing evidence that buy and hold is a valid strategy for stock market investing.  That is until you realize that you might not have an 80-year horizon to make your investment wealth.   Most human beings have a good 15, maybe 20 years, to accumulate their retirement nest egg.  During the 80 years of the Ibbotson study there were many 15-year periods where a buy and hold approach would have resulted in significant losses.  A few examples include the period that began in 1929.  It took 25 years to break even.  In 1966 it took 16 years to break even.  In 1973 it took 10 years.  Remember, breaking even is not a successful strategy.  How long will it take to break even from in the next bear market?  How old are you?

Economists are good at predicting the markets.  It is odd that one of the components of the Index of Leading Indicators (designed by economists) is the performance of the stock market.  Yet, economists are paraded through television studios at alarming rates to offer their stock market predictions.  Seems they have it backwards, though, because the truth is, the stock market predicts the economy.  In 1973, a young economist named Alan Greenspan stated, “Now may be the best time in history to buy stocks.”  This proclamation was made just days before the beginning of the 1973-74 bear market that took the S&P 500 Index down over 48% in a little less than 2 years’ time.  Taking this economist’s advice meant you would break even in 1983.  Of course, that doesn’t even take into account the huge inflationary effects that were in place then.