First was American Express (AXP). I was waiting for a breakout from the declining tops trend line and a positive crossover of the PMO. Both happened. The PMO also pulled back but avoided a negative crossover and continued higher. I wrote about this type of reversal, called a "Bull Kiss" in a previous blog article. 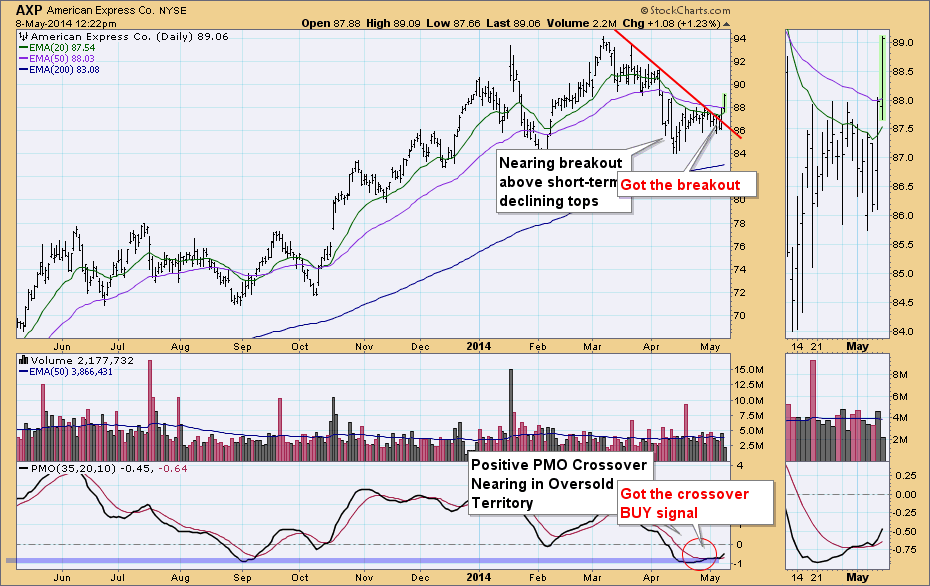 ING Groep NV (IND) was in a consolidation pattern that gave the PMO an opportunity to unwind and move out of overbought territory without the need of a serious pullback. I was waiting for a breakout from that area of consolidation to confirm the PMO BUY signal that already had occurred and we got it. 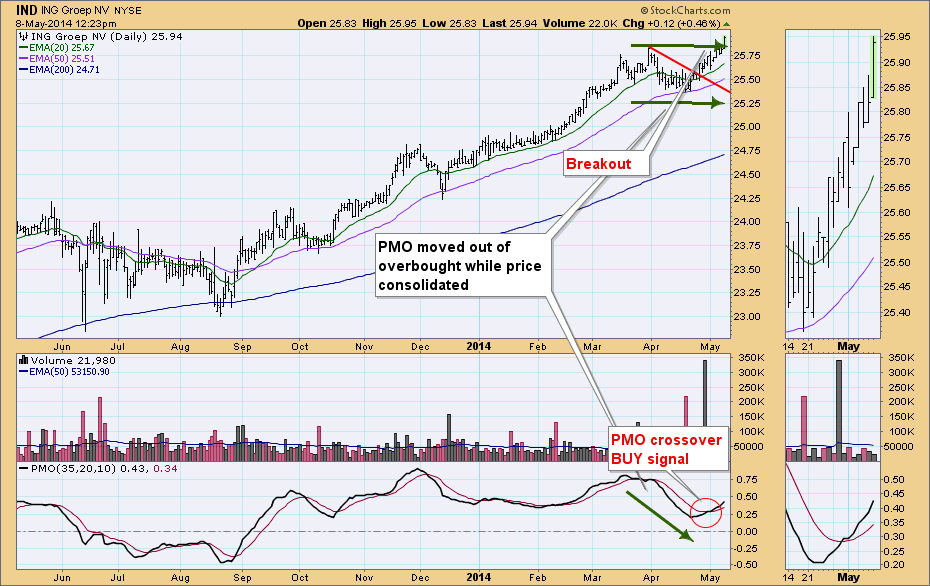 PIMCO Municipal Income Fund III (PMX) had already broken above the declining trend channel, we were waiting for a PMO BUY signal and we received one. 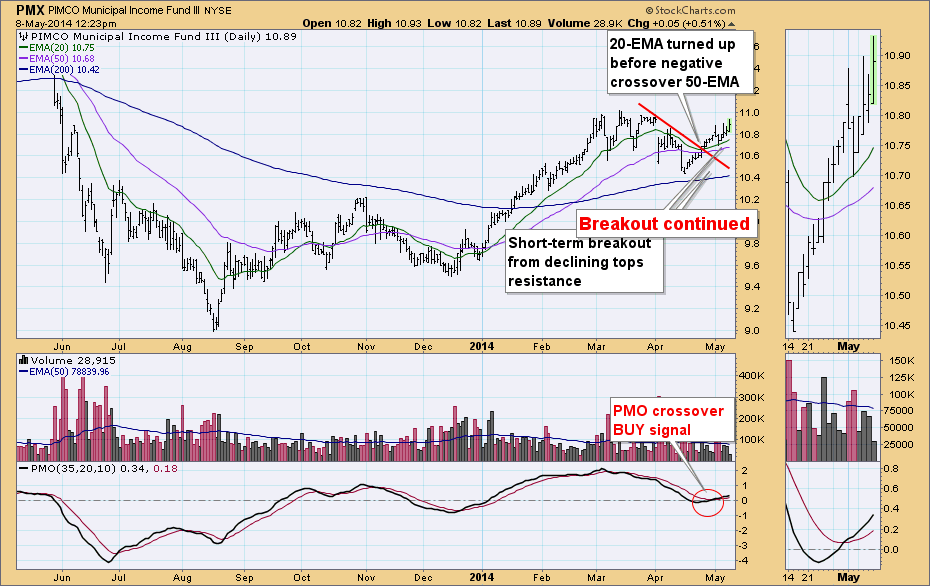 Price has plenty of room to reach the top of the rising trend channel on RLJ Lodging Trust (RLJ). The PMO had already had a crossover but dipped back down toward its EMA. Before crossing below it, we see a "Bull Kiss" like on the AXP chart. 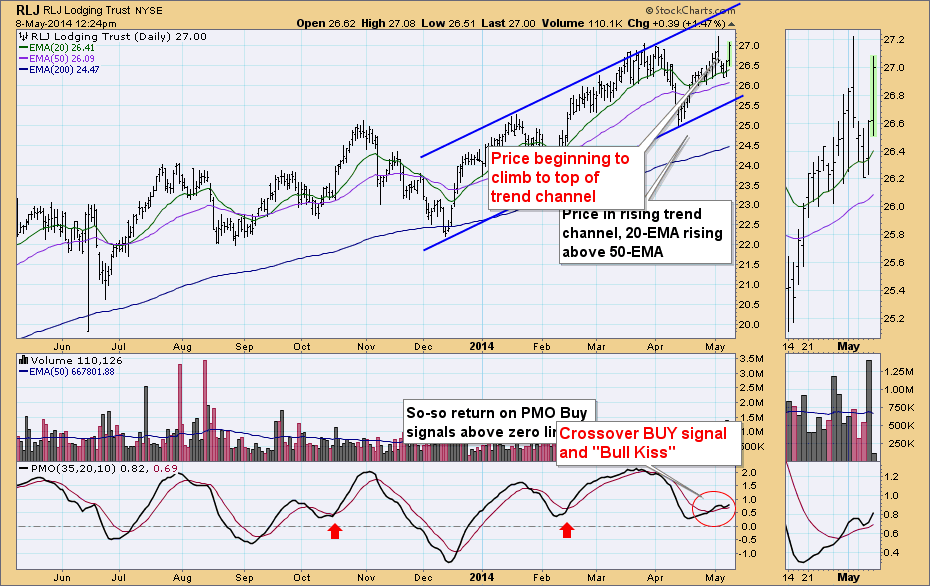 The reason I compose Watch Lists is I can watch for a confirmation of the momentum change. Granted you won't see all of your Watch List charts make confirmation moves, but that is the point.