The Utilities sector in general has been doing well with price traveling higher and higher within a rising trend channel since mid-March. In the past few weeks, price did falter and break slightly below the trend channel, but it has recuperated and it stayed above its 20-EMA. The PMO during that time turned down and generated a PMO Crossover SELL signal when it crossed below its EMA. Today the PMO turned up as price moved back into the channel. 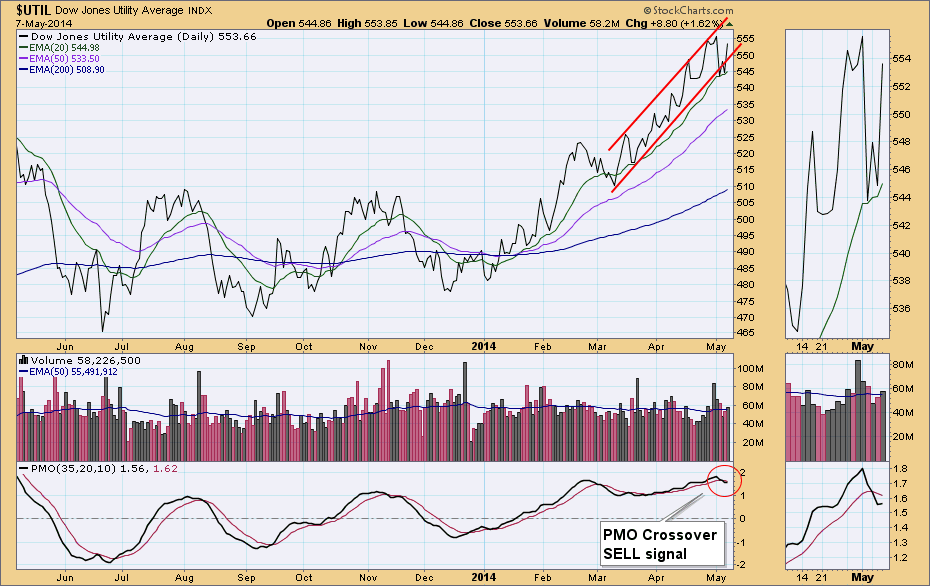 Let's look at the cap-weighted ETF (XLU). Price has not yet closed on an all-time high, although it is close. The PMO generated a crossover SELL signal like the DJ Utilities Index above and has turned up. Looking further, I added the PBI and SCTR ranking. The PBI reading has been at 100 for a week and a half which is impressive.The PBI measures the percentage of stocks in that sector ETF that are on Price Momentum (PMM) BUY signals. PMM signals are considered to be intermediate-term in scope, and they are generated when price moves 10 percent opposite the direction of the signal AND crosses the 200EMA. The SCTR ranking has been above 90 since the beginning of April. 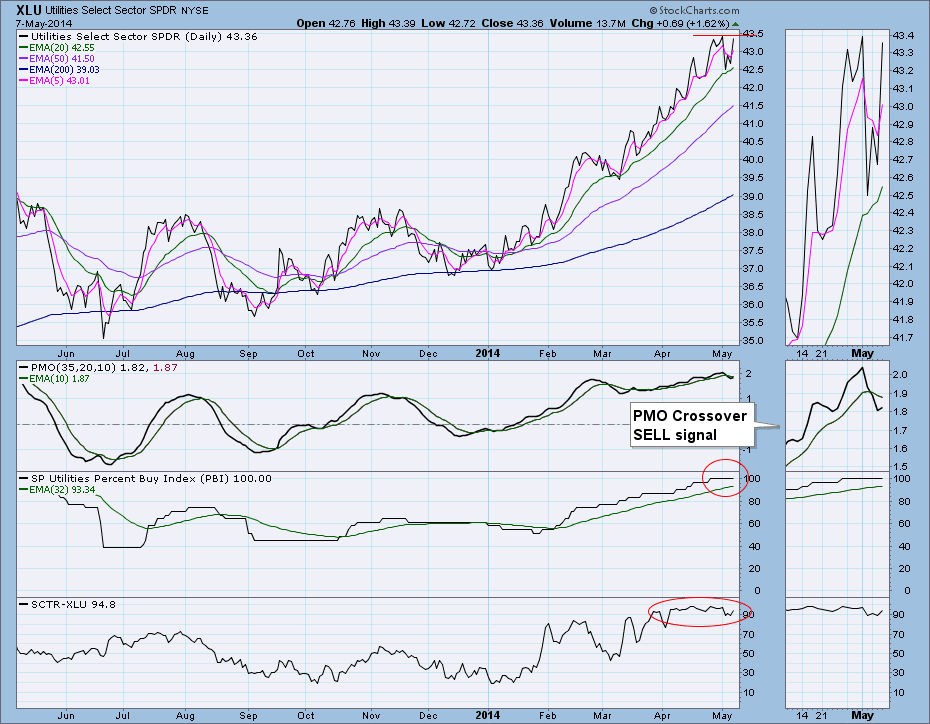 The equal-weight Utilities ETF (RYU) like the index and XLU is soaring, but notice a few slight differences from $UTIL and XLU. RYU closed on an all-time high (visible more clearly in the thumbnail) today and price has stayed further above its 20-EMA than the other two. The PMO never crossed below its EMA. 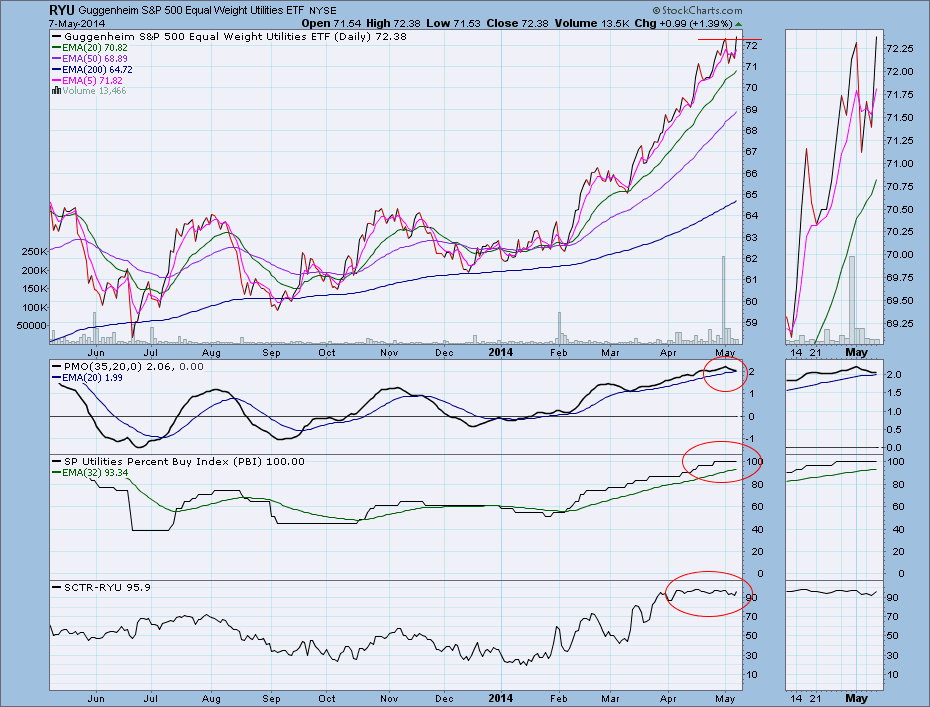