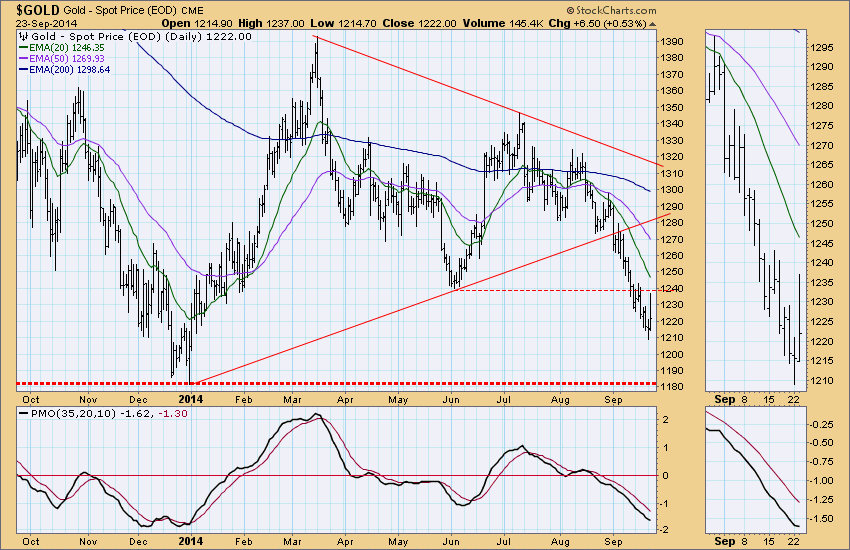 The weekly chart, however, is ever so much more revealing. We can see that the 1180 support has held twice before, so there is a good chance that it will hold upon another retest. I don't wish to be overly optimistic because the triangle that has formed over the last year is technically a continuation pattern, meaning it is expected to resolve downward. Also note that during the consolidation, price has made progressively lower highs, showing that the bulls are losing strength. Nevertheless, a triple bottom which forms the base for a new, longer-term up leg is a distinct possibility. As for how to exploit that possibility, we would suggest that it would be best to await a clear bounce off the support area. 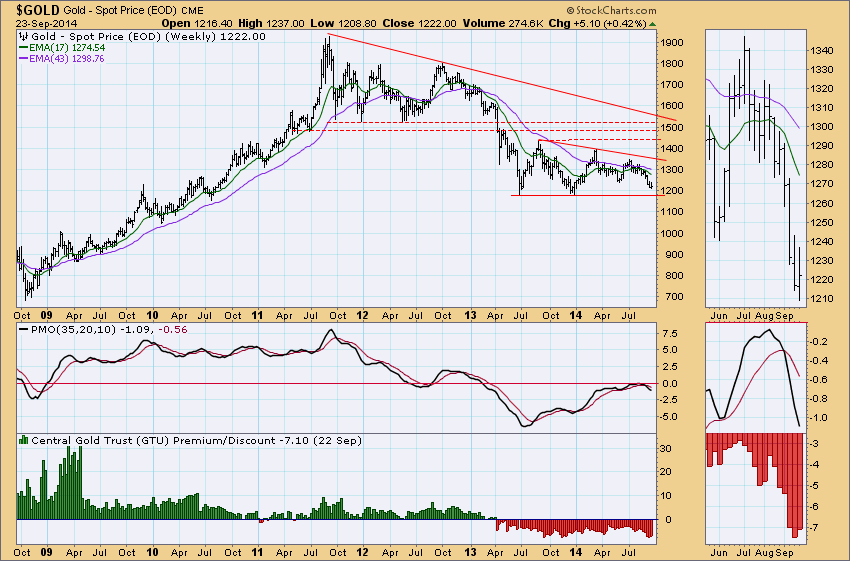 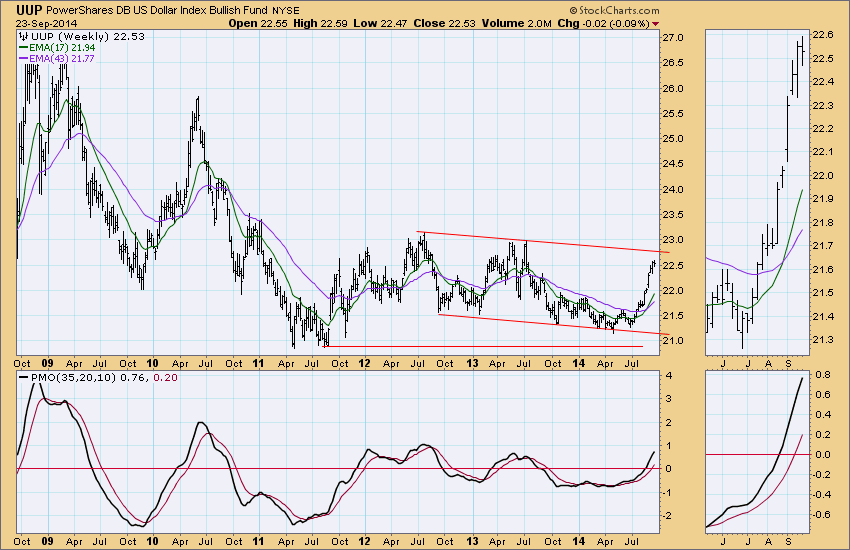 Conclusion:  We do not intend these observations to imply a recommendation to buy gold, but as chartists we wait and watch for promising setups. In this case we can see something developing that may prove to be relief for long-suffering gold bulls. Those with interest in the yellow metal should watch it closely over the next few weeks.