At ChartCon last month, I had quite a few questions from attendees regarding our ultra-short-term indicators and how you distinguish a positive or negative spike in readings as either a price initiation or exhaustion. We had a great example this week. Readers of the DP Daily Update were able to see the analysis and commentary as it was happening in "real-time". In the Update, I analyzed the indicators and explained what we might be seeing as it was happening. 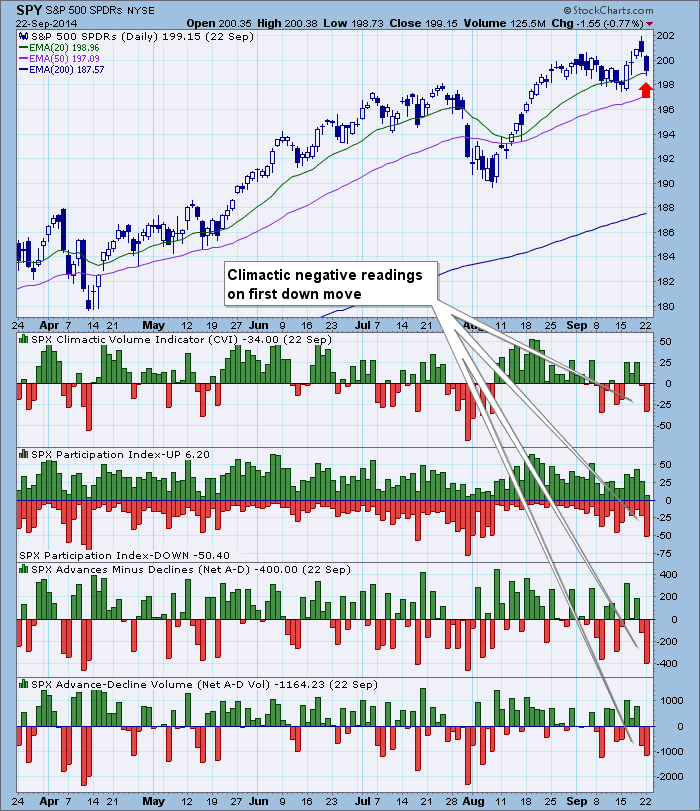 On the very next day, we got more negative climactic readings on the same indicators. In my analysis, I noted that it could be piggy-backing on the current initiation climax, but it was coming after a second sizable downward price move. In this case, it seemed more likely that it was an exhaustion climax. Basically price had a sizable drop in two days so it isn't unusual to see a bounce after that. A horizontal support line drawn from last week's low seemed to offer the opportunity for price to bounce.  So in two days price had exhausted its move in the ultra-short term (measured in days). 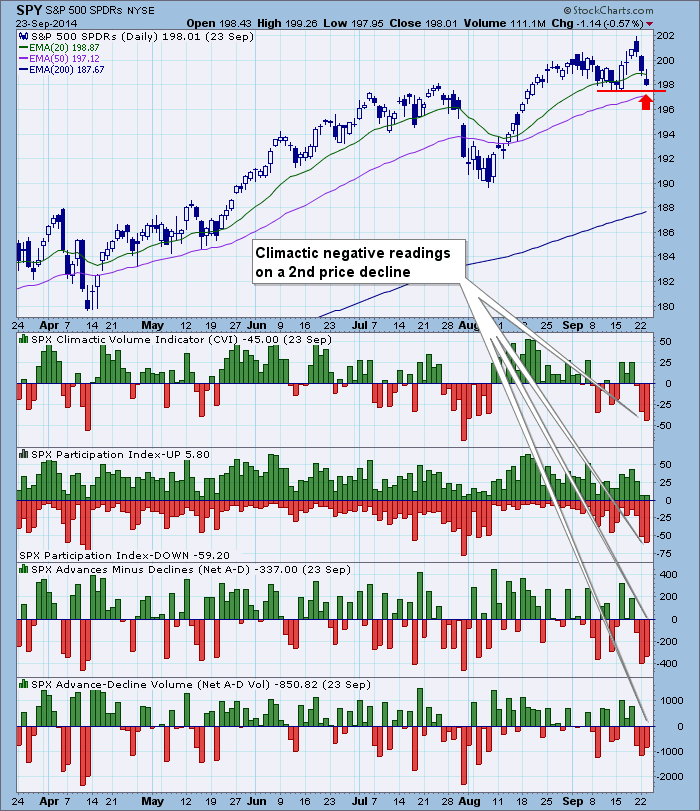 Today, we saw no climactic readings. Net Breadth was high, but given it was a very positive day, these readings are typical for today's market action. Note that we did get a bounce off of horizontal support at last week's low. 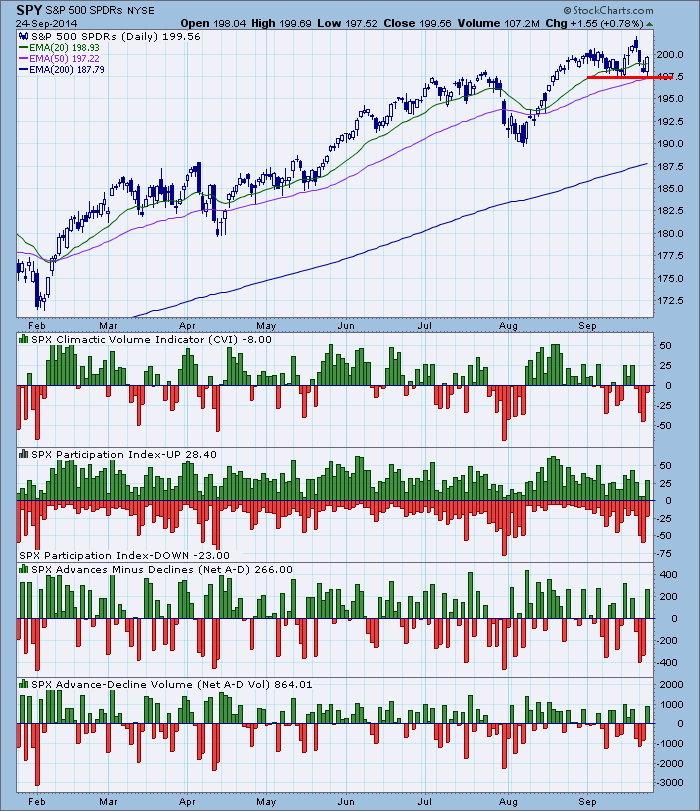 Obviously it isn't always this cut and dried and it sure is nice when the market cooperates. Determining whether a climactic reading is an initiation or exhaustion is not always easy. You can look at previous spikes on the charts above and see that it isn't always this uncomplicated. Here are the guidelines: Typically, if the climax happens during a direction change, it is an initiation. If it happens near the end of a move, it is likely an exhaustion.