Today on Fox Business News channel, the panel of "Making Money" discussed the biotech stocks that are the makers or researchers for ebola virus pharmaceuticals. I thought it would be interesting to analyze the charts since their discussion was primarily based on fundamentals. All of these stocks have had a very wild ride since the first confirmed case of Ebola hit the United States. Interestingly, although they have had similar whipsaw moves this past week, their daily charts are unique.

First is BioCryst Pharmaceuticals (BCRX). This stock was in a steep declining trend and it was on a Trend Model Neutral signal as of mid-September. The stock was up almost 30% at one point after breaking out of the declining trend. The PMO had a positive crossover its EMA on the rally spike in oversold territory which is positive. If price remains above the 20-EMA and eventually the 50-EMA, the Trend Model Neutral signal could switch to a BUY if the 20-EMA can cross above the 50-EMA. 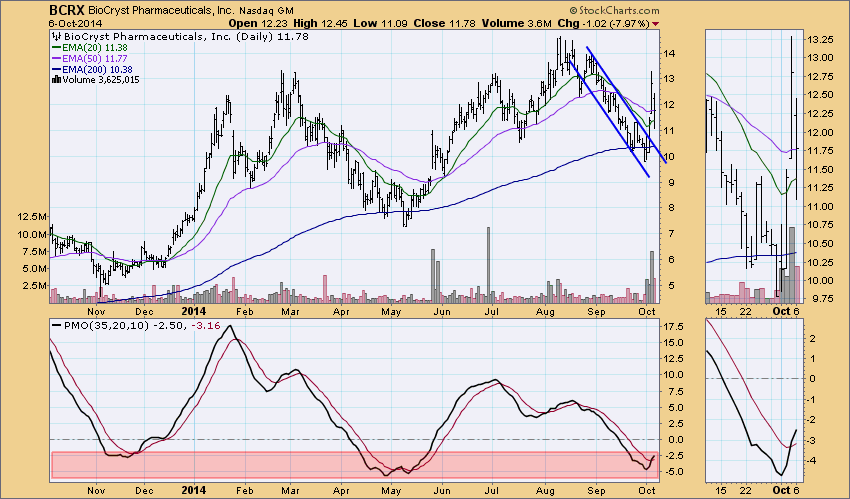 On Inovio Biomedical Corp. (INO), we see that the 20/50-EMAs have been flat and have produced numerous whipsaw Trend model signals, from Neutral to BUY to Neutral to BUY, etc. Price action has been volatile but in the past month settled into a declining trend channel. This stock didn't get hit today like the others and it did stay above support. The PMO had a positive crossover its EMA today, but it was in neutral territory which isn't as favorable. 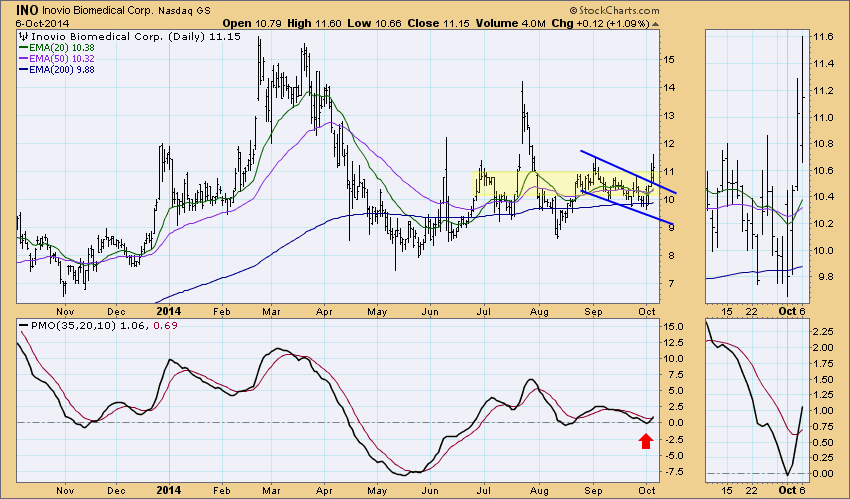 I have a few observations regarding NewLink Genetics Corp. (NLNK). First the 20/50/200-EMAs have been overlapping for most of this year which has wreaked havoc on the Trend Model. Currently the 20-EMA just crossed below the 50-EMA while the 50-EMA was above the 200-EMA. This generated a Neutral signal. The 50-EMA is nearing a negative crossover the 200-EMA which would tell us that NLNK is in a bear market. Notice that PMO crossover BUY signals have produced some profit, but right now, the PMO is in decline after a PMO crossover SELL signal at the beginning of September. Momentum is poor, and the 20/50/200-EMAs are negatively configured. 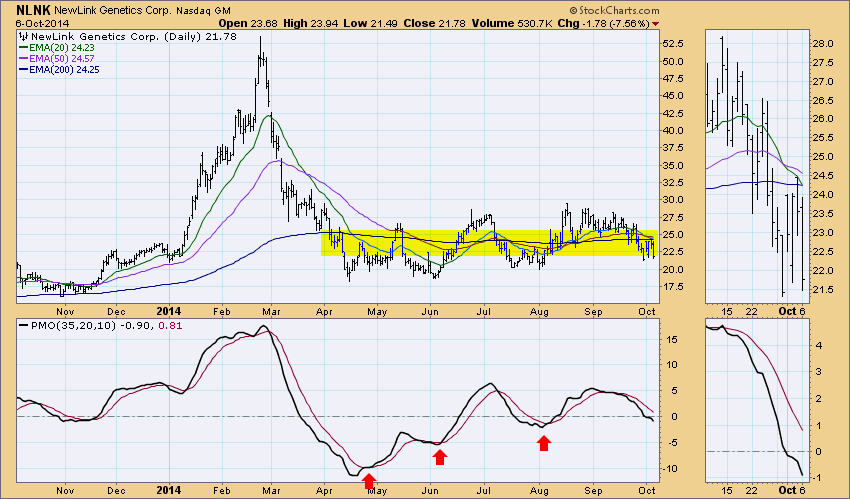 Sarepta Therapeutics, Inc. (SRPT) has been in a horizontal continuation pattern since July. In July, the 50-EMA crossed below the 200-EMA which means it is in a long-term bear market right now. The 20-EMA is below the 50-EMA which is also negative. Notice that the last PMO crossover BUY signal didn't produce much in the way of profit because price has been trading sideways since it was generated. Technically it is on a PMO crossover BUY signal, but the PMO has been mostly directionless since mid-September. And again, the 20/50/200-EMAs are configured as negatively as they can be. 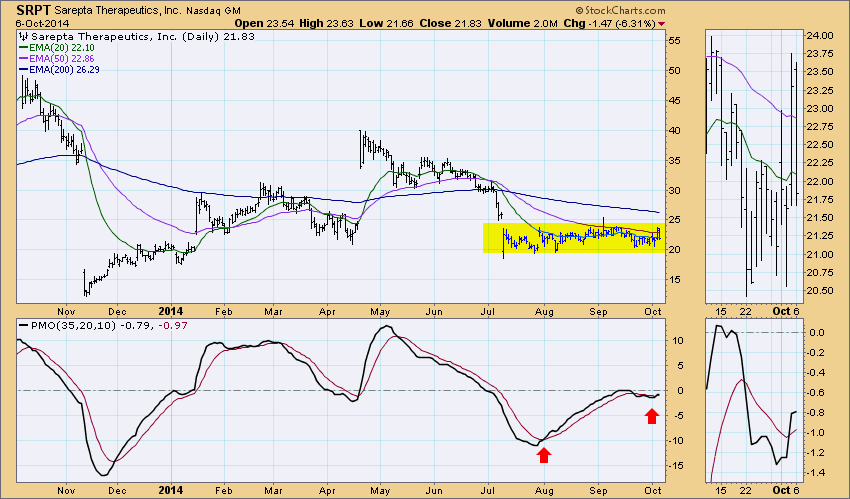 Tekmira Pharmaceuticals Corp. (TKMR) has a more positive chart. Price broke above horizontal resistance at 26, but today it fell back. It remains above rising bottoms line support despite the drop. The pattern resembles an ascending triangle which is bullish. The 20/50/200-EMAs are all configured positively with the 20-EMA above the 50-EMA and the 50-EMA above the 200-EMA. The PMO topped and is looking unsure of itself as it flattens and wiggles around. So while the PMO had a positive crossover its 10-EMA generating a PMO BUY signal, it looks like it could just as easily slip a little lower and generate a PMO SELL signal. 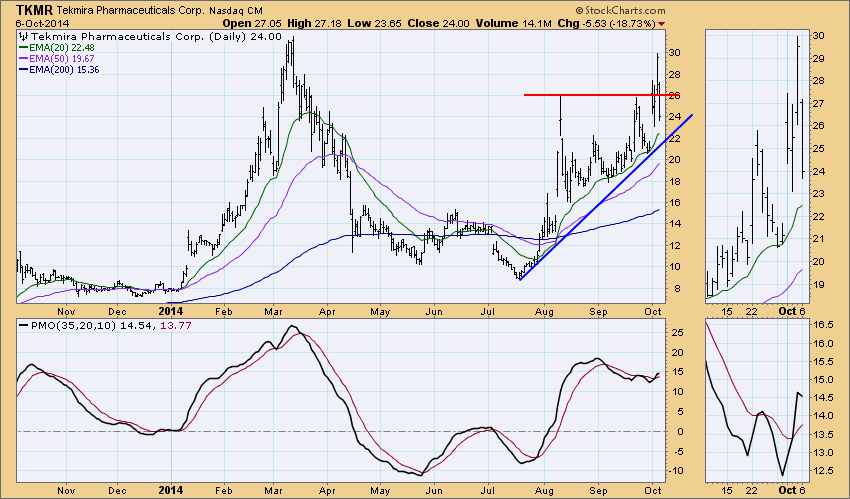 The "Making Money" panel and I agree that if you do trade these stocks you should be prepared for a wild ride. As news headlines surge and ebb regarding ebola containment, these stocks will likely continue to have plenty of volatility.