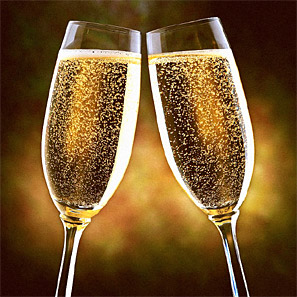 As we close out 2014 and prepare to toast in the New Year, I thought it would be interesting to research one of the companies that produces champagne. Turns out one of the largest producers of champagne and other alcoholic beverages is LVMH - Moet Hennessy Louis Vuitton (LVMUY). As I was reviewing news items on the company, I found one particularly interesting story. Apparently, Moet Hennessy has signed a deal with the James Bond franchise to use and display Belevedere for Mr. Bond's famous "shaken, not stirred" martinis. In the last movie James caused quite a 'stir' when he drank a Heineken rather than his standard martini.

With oil prices depressed, talking heads have been touting the Consumer Discretionary sector and rightly so when you look at the strong rising trend on the chart for XLY. The recent intermediate-term Trend Model BUY signal generated back at the beginning of November. Unfortunately price appears to be rolling over. But worse is the PMO top in overbought territory. That is a sign that momentum is waning. 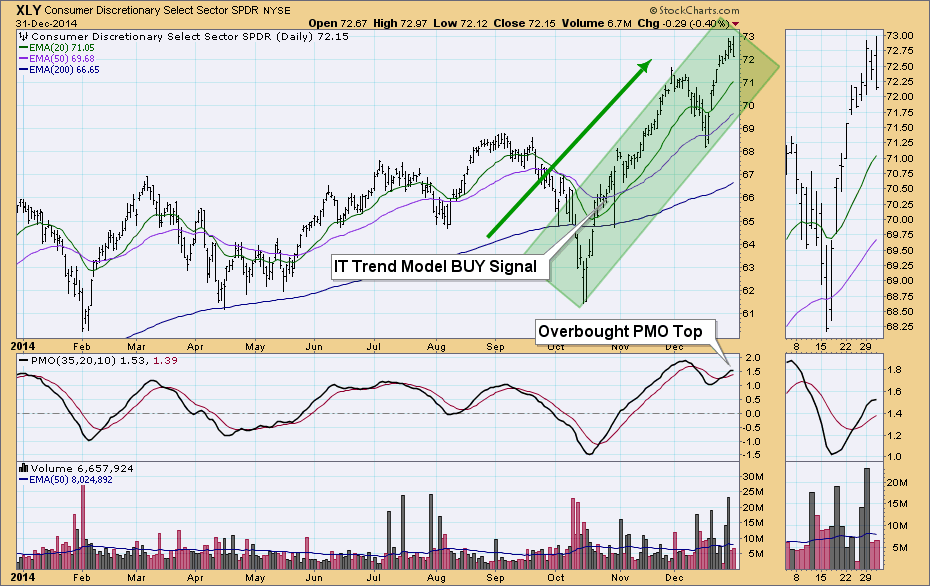 LVMUY daily chart shows a rising trend from the October bottom, but this month has been negative. The configuration of the 20/50/200-EMAs is not as favorable as in the XLY chart, but there still was an IT Trend Model BUY signal generated in November. The big problem is the PMO topping in overbought territory BELOW its EMA. That is very bearish. 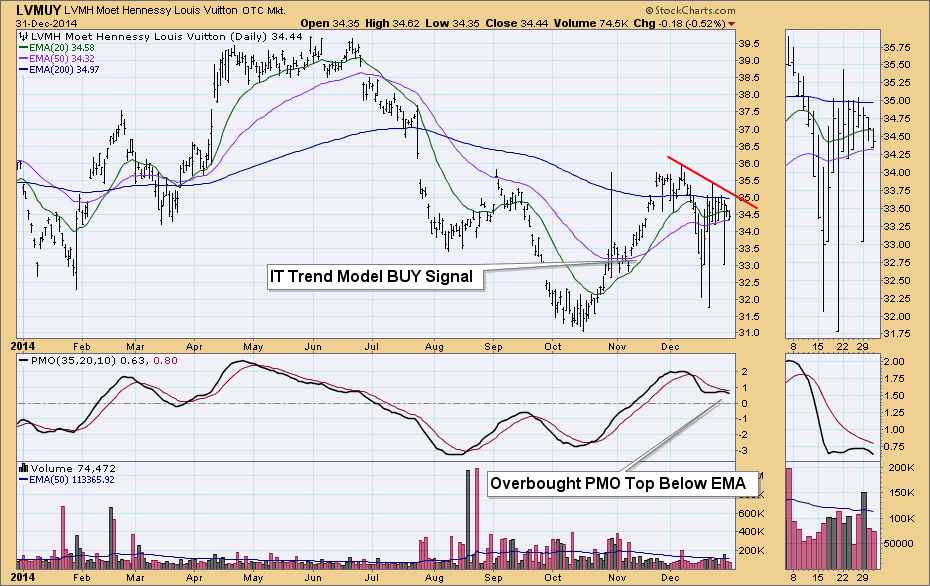 On the longer-term weekly chart LVMUY has been in a slightly rising trend. The second half of this year has been mostly ugly. Unlike most of the market, LVMUY never really recovered from its correction that started midyear. It is negative that the price tops are rising while the PMO tops are declining. That indicates that momentum is waning overall. One positive is that the weekly PMO just had a positive crossover its EMA, generating a PMO BUY signal. 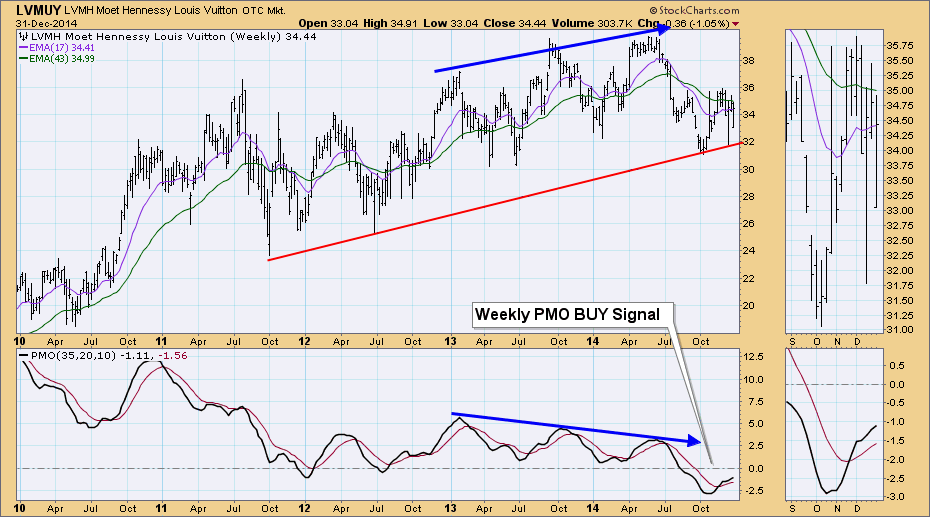 A toast to all, wishing you and yours a very Happy and Blessed New Year!