Standard & Poors finalized 2014 Q4 earnings on Thursday, and I like to review the numbers and the earnings chart. (Note that earnings are reported during the three months following the end of each quarter.) First we have an excerpt from the DP Overview of Market Fundamentals Report which we publish daily. Based upon the estimates we can see that there is some improvement expected in earnings by the end of this year.

Next, let's look at the P/E Range Chart. It has a series of dotted lines which show where the S&P 500 Index would be if it were overvalue (red), fair value (blue), and undervalue (green). Currently, the S&P 500 is slightly above the overvalue line, which was caused by a drop in earnings from the previous quarter. (Note that the three dotted lines have turned down.) 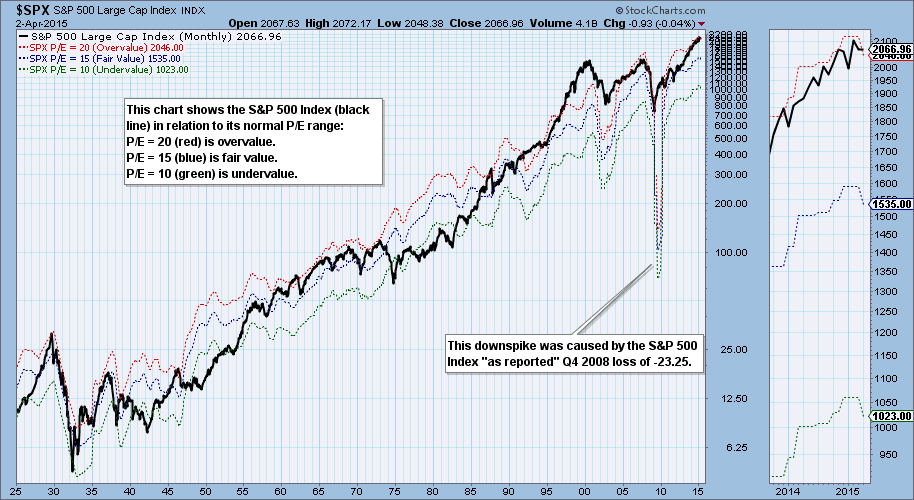 The 10 to 20 range is not sacrosanct, but it is an excellent indicator as to when market fundamentals are supporting or undermining the market. The currently overvalued condition of the market makes the market much more vulnerable to decline than if, say, prices were below the the undervalue green line.

Conclusion:  As technicians we are not focused on fundamentals as we are on the technical condition of the market; however, maintaining an awareness of fundamentals can help us decide how much risk we are willing to take.