Since about mid-March I've gotten quite a few questions from subscribers asking me to look at the $SPX monthly chart because it shows a monthly Price Momentum Oscillator (PMO) negative crossover. We haven't seen a monthly PMO crossover since the positive crossover occurred at the end of 2009, signaling the beginning of a bull market. So does this negative monthly PMO signify the beginning of a new bear market? The answer is "No". 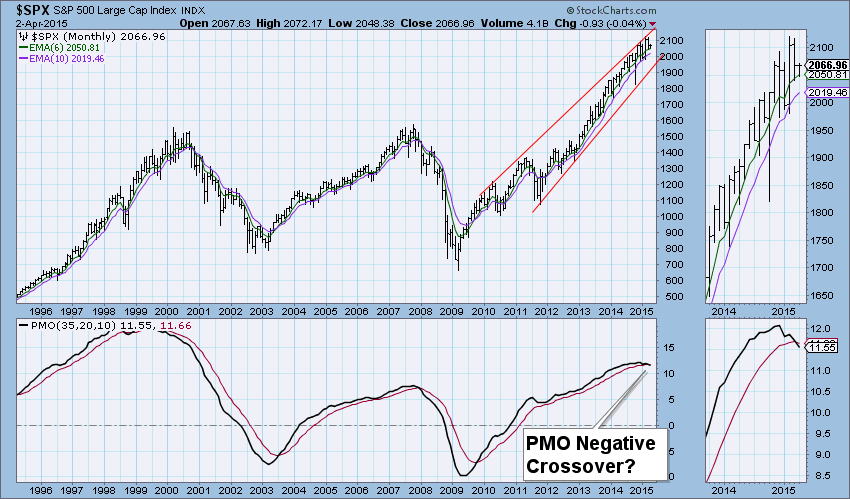 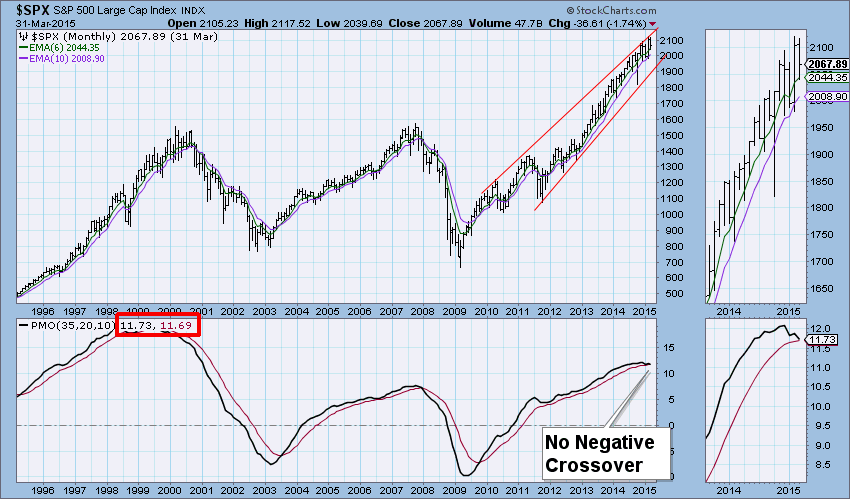 So, be careful when you are looking at new signals generated on weekly and monthly charts.