The U.S. Dollar has been chopping around its recent high for over a month, and we think it is probably topping out after a major advance. While the current EMA structure is still strongly bullish (50EMA above the 200EMA, and 20EMA above the 50EMA), we can see some technical deterioration in our indicators. (We use UUP as a surrogate for the dollar.)

(1) Price has broken to the right of the parabolic arc that supported the recent advance, giving an initial warning. It is primarily a sideways move and could be interpreted as a consolidation, but some other things undermine that idea.

(3) Finally, the PMO has topped below the signal line, which we always view as bearish. 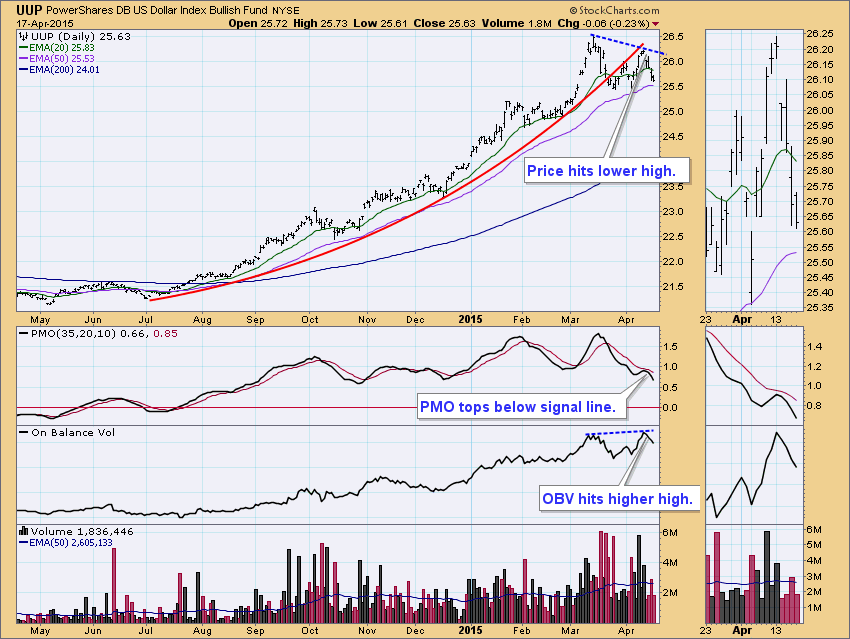 On the weekly chart we see the near-vertical advance over the last nine months, a situation that often results in a collapse to more reasonable levels. Also, the weekly PMO has topped again in very overbought territory. 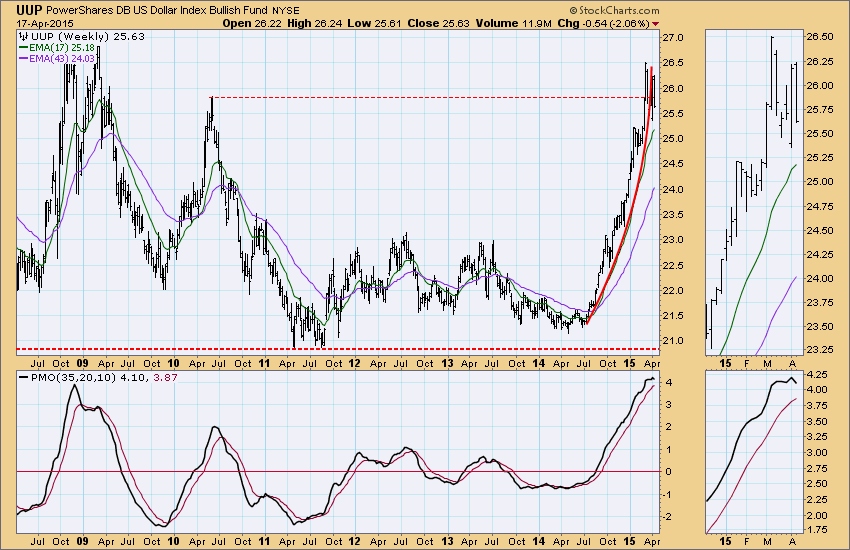 Conclusion: The DecisionPoint Trend Model for UUP is on a BUY signal in both the intermediate and long term, however, we are seeing technical deterioration in those time frames as well as in the short term. We think there is likely to be a sharp correction soon. As for a downside target, it is typical for a parabolic advance to collapse into the basing pattern that preceded it, in this case a range of 20 to 23.