The Nasdaq 100 (NDX) and technology stocks in general have avoided serious damage through the past year. The corrective move on the NDX in August never caused a 50/200-EMA negative crossover, meaning it avoided the DecisionPoint "bear market" label. This last corrective move, however, was very damaging.

I've annotated a complex triple-top on the NDX daily chart. This week the neckline was broken and today the minimum downside target, calculated by using the height of the pattern subtracted from the neckline, was also broken. Note that the target doesn't line up with any near-term tops or bottoms. The next support level would be at the September low. It appears the NDX will still avoid the "bear market" label as the 50-EMA has a large distance to travel before it even reaches the 200-EMA, but if price hangs out below the 200-EMA long enough, it will be in an official bear market. The PMO and OBV all support more downside. 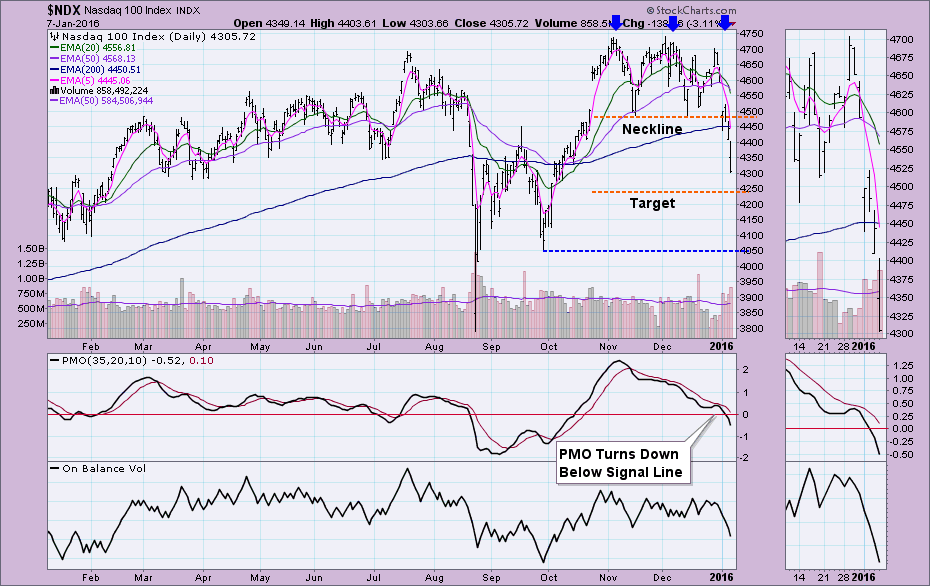 The Technology SPDR (XLK) shows us that the tech sector did get the bear market stigma in September but it was reversed the following month. Today price broke below support at the September high and will likely test support at the September low. Bad for XLK is a PMO that is reading negative yet has plenty of room to travel lower before becoming oversold. OBV and SCTR values have dropped out of the sky. 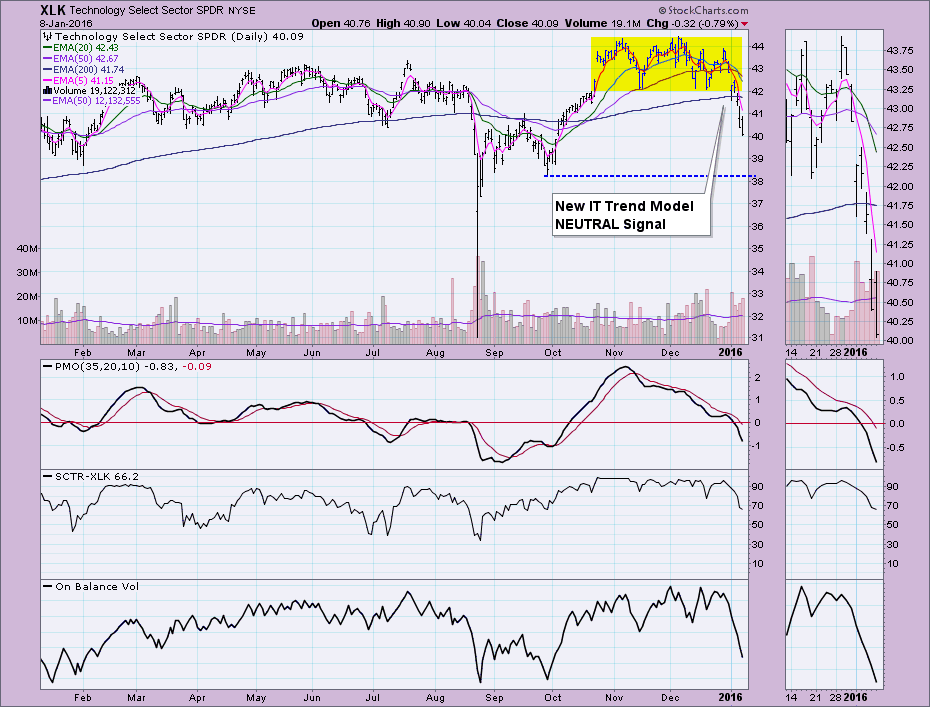 Is Apple responsible for the downfall of this sector? It certainly has contributed. It is in a 'bear market' and has been for about a month when the 50-EMA crossed below the 200-EMA. The EMAs are configured as negatively as possible. An Adam and Eve double-top formation executed and the minimum downside target was taken out today. Next area of support is the intraday low on the day of the August crash. Apple does have one advantage, a very oversold PMO. I'm keeping this one on my "watch list" as a PMO BUY signal in the right environment (like a market ready to rally) could be very lucrative. 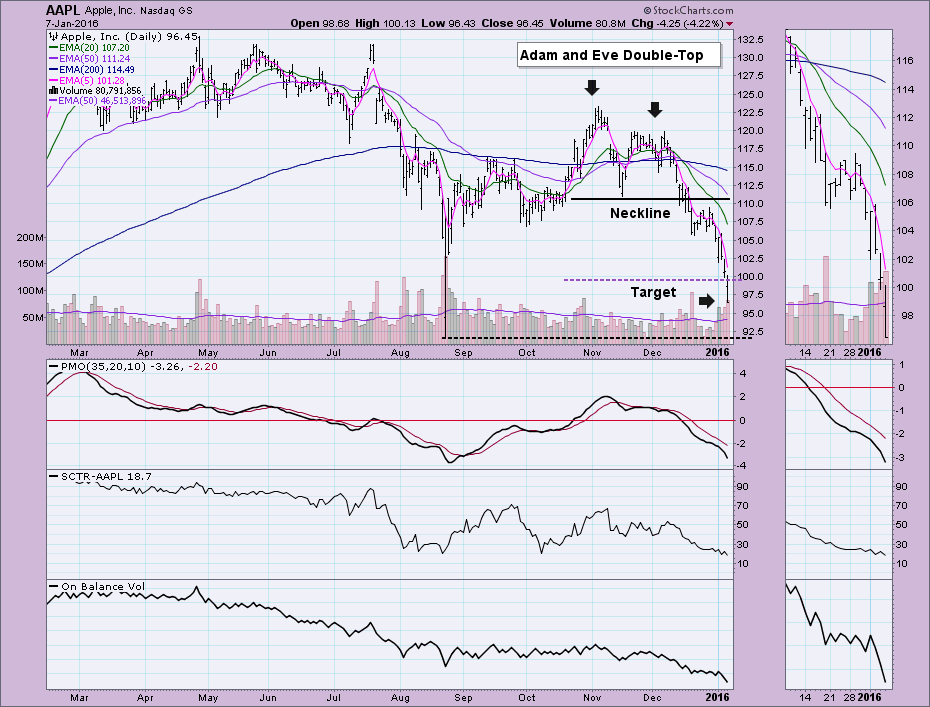 Conclusion: The tech sector should be a bellwether when the market is ready to reverse. Right now it's suffering and so goes the market. Unfortunately a weak tech sector means the market in general will likely continue to struggle.