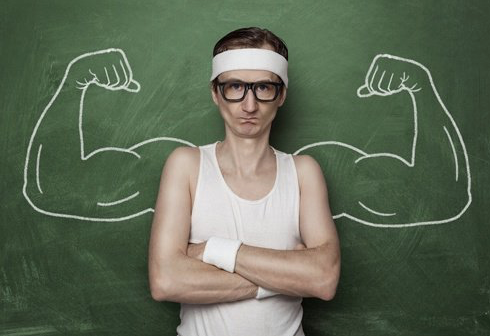 I recently was reading John Murphy's book, Technical Analysis of the Financial Markets (A MUST read and available in the StockCharts.com Store) and I found a VERY timely quote that I'd like to share:

Until 2000, we had a lot of people who were day-trading. They were making a fortune. I remember giving a lot of seminars to these people. Then we went into a big downtrend in stocks, and they all went broke. I remember a lot of them saying to me, "Mr. Murphy, these signals did not work anymore." Of course, they didn't work. All they were doing was buying. The short-term buy signals that you get are legitimate if the market is going up. If the market is going down, those little buy signals don't work. You have to look at the environment! So it's not so much the signal; it's the environment.

I know that many readers and viewers (silent and not so silent) have been questioning the bullish signals on the DecisionPoint Chart Gallery Scoreboards and have been wondering why they aren't producing. I've spent a lot time in webinars and in recent DecisionPoint articles explaining bear market rules and oscillator adjustments that should be made in a bear market.

My title is "Pain, No Gain" because since January, the market has endured the pain of a correction, has received its oversold indicators, but has gained very little, even as the oscillators move higher. Notice on the charts below, I've highlighted market action starting at oversold troughs, ending after peaks.

Today the indicators topped dramatically (very bearish for the short term, by the way). It only took consolidation to relieve oversold conditions on these indicators. 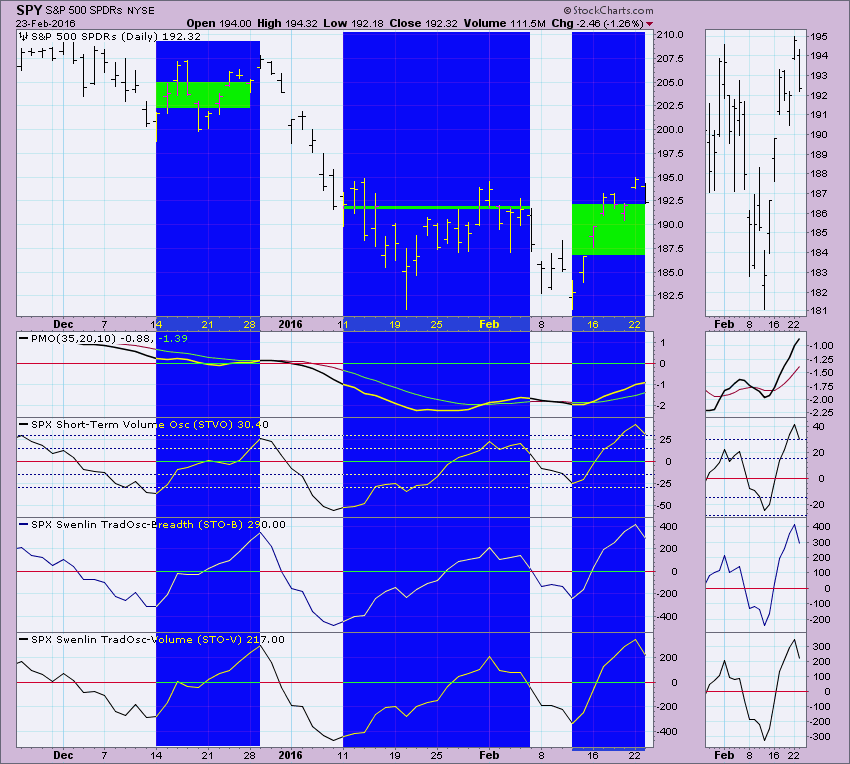 On the second chart of our intermediate-term indicators, a peak hasn't been reached. But, so far, they moved from oversold to neutral with price making almost no headway. Again, oversold oscillators are able to decompress through sideways movement not just rallies, especially in a bear market. 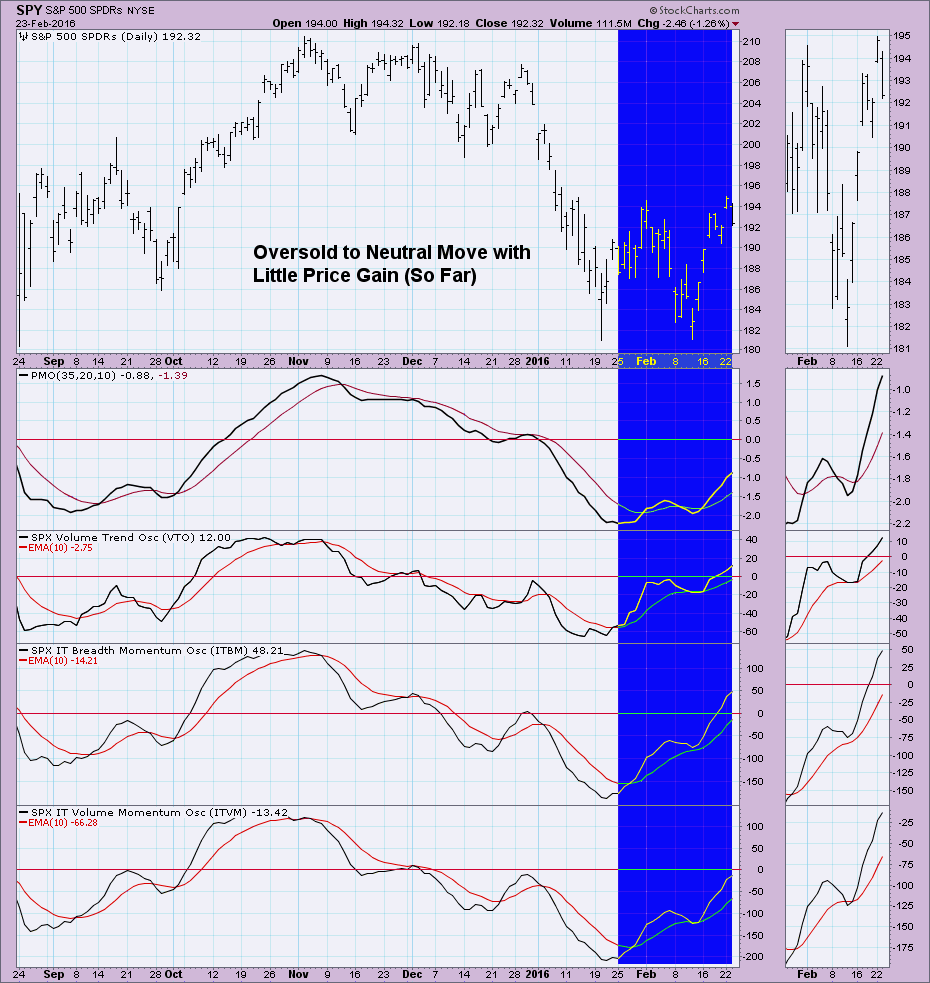 Conclusion: The purpose of this article was not to make you question the validity of these indicators. The troughs came near price bottoms and the peaks tend to precede price tops. The main idea is consolidation can clear oversold conditions. Oversold conditions in a bear market will not necessarily result in a stirring rally. Put simply by John Murphy, buying into a bear market generally results in loss.