Last week I expressed my reluctance about writing an article about gold two weeks in a row; yet, here I am with article number three. I couldn't help it because I'm seeing a chart pattern that makes me think that gold will be experiencing a correction very soon. 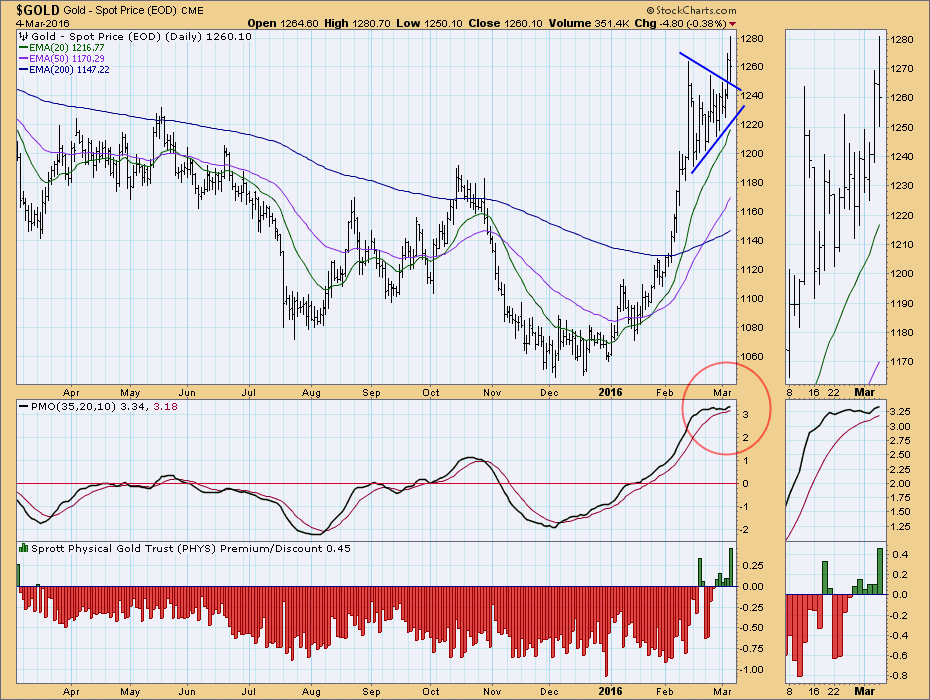 Last week I said I expected $GOLD to break out of the pennant formation seen on the price chart. This happened on Thursday, and on Friday price pulled back to the breakout point, as is the technical expectation. The only problem is that now I see a PMO (Price Momentum Oscillator) pattern forming that typically appears at price tops. Notice on the above chart that the PMO recently moved sideways toward its signal line and then turned up before crossing over. That should be good, right? Unfortunately the PMO is overbought, and this formation often shows up at blowoff tops.

I didn't have to look too far for an example. In 2014 a similar event took place (see below). Admittedly, the current PMO is still rising, but I think it will top next week. 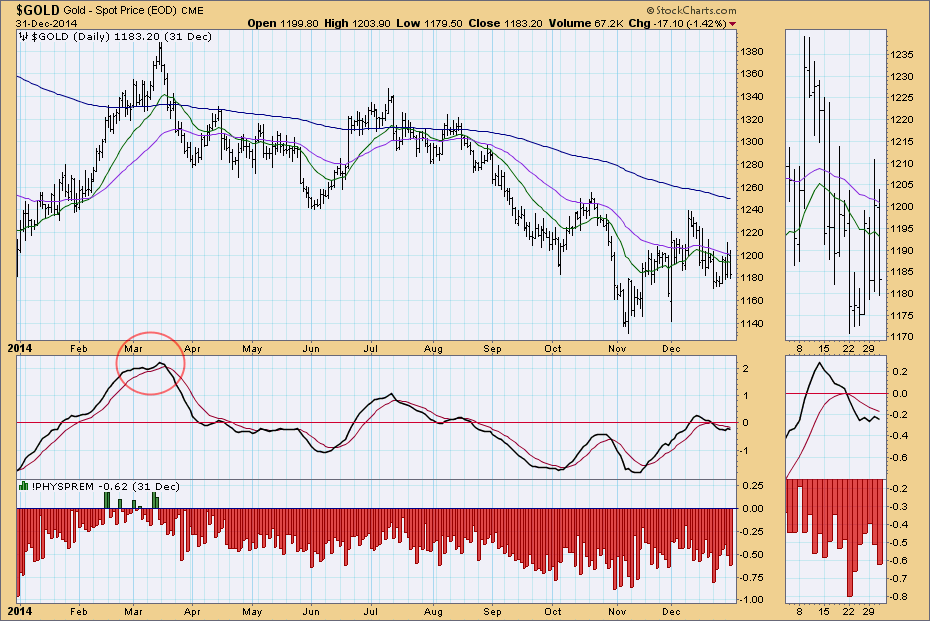 Assuming my conclusion is correct, the three-year chart gives us a broader context to estimate how far $GOLD might correct. Mind you, this may just be wishful thinking on my part, but a decline to around the 200EMA would a -50% correction, which should be sufficient to drag the PMO back to around zero or lower, providing space to allow for the next leg up. Of course, there are other possible outcomes, but this one would be ideal. 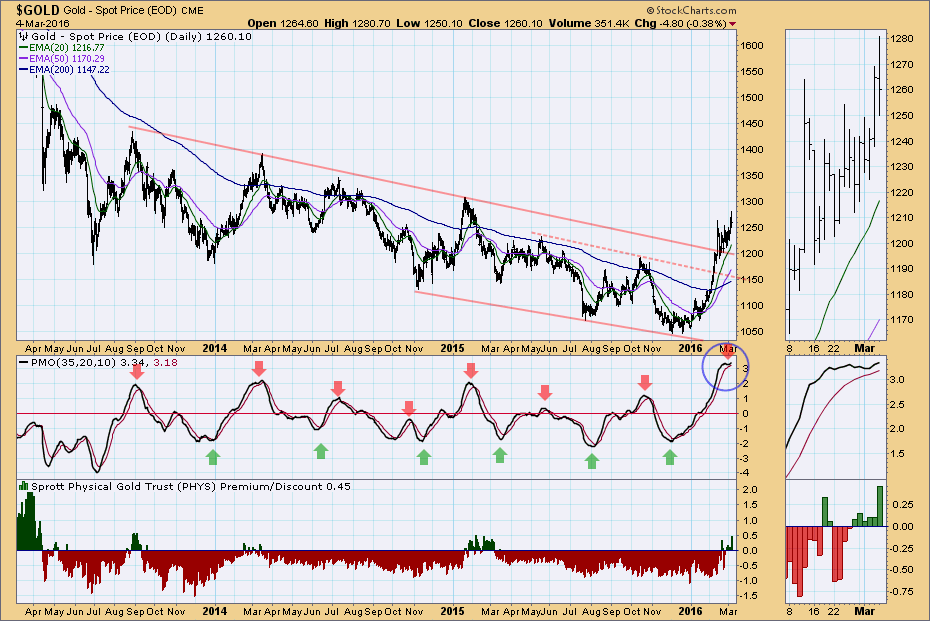 Will gold disappoint the bulls again, just as it has after every rally since the 2011 top? Well, the significant difference this time is that the 50EMA is above the 200EMA, meaning that gold is finally in a bull market, and bullish expectations are more likely to be realized than bearish ones.

CONCLUSION:  Gold has rallied +22% in three months. While I was optimistic that the gold rally might continue in spite of overbought conditions, the apparent development this week of a PMO pattern normally associated with blowoff price tops causes me now to expect a price correction sufficient to work off the overbought PMO condition, and to set up technical conditions favorable to continuation of the gold bull market. My downside target is about 1150, but that may be adjusted as the story unfolds.

While I am expecting a correction, I think the good news is that a correction, as I have described it, will have the effect of setting up an excellent buying opportunity, maybe the last chance to get in near the bottom.