In a post-Brexit article I wrote back in July I concluded that we were in a cyclical bull market that launched off the February lows. At the time there had been a decisive breakout above important resistance at about SPY 208.00. From there the campaign-burdened market meandered sideways until testing the support in early-November. At that point the bull market resumed, and has gained +27% since its February launch. There was another breakout in November, followed by a retest of support. Last week the rally resumed with great exuberance, showing the bull to be fully in command. 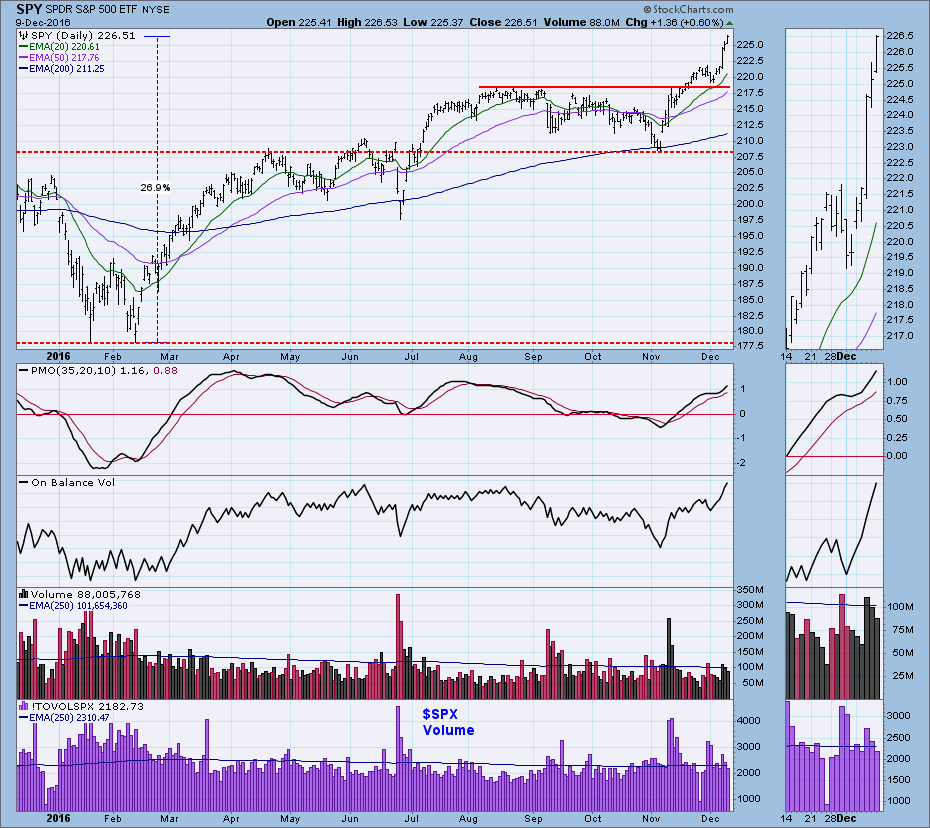 Let's look at a broader picture to emphasize the positive longer-term context. The weekly chart below shows the entire  secular bull market that began from the early-2009 lows. There was a cyclical bear market in 2011, then a continuation pattern (cyclical bear market substitute?) between late-2014 and mid-2016. The July breakout established that a new cyclical bull market began in February, and that the secular bull market still rules. Being less than a year old, the current cyclical bull is relatively young and could easily last a few more years. 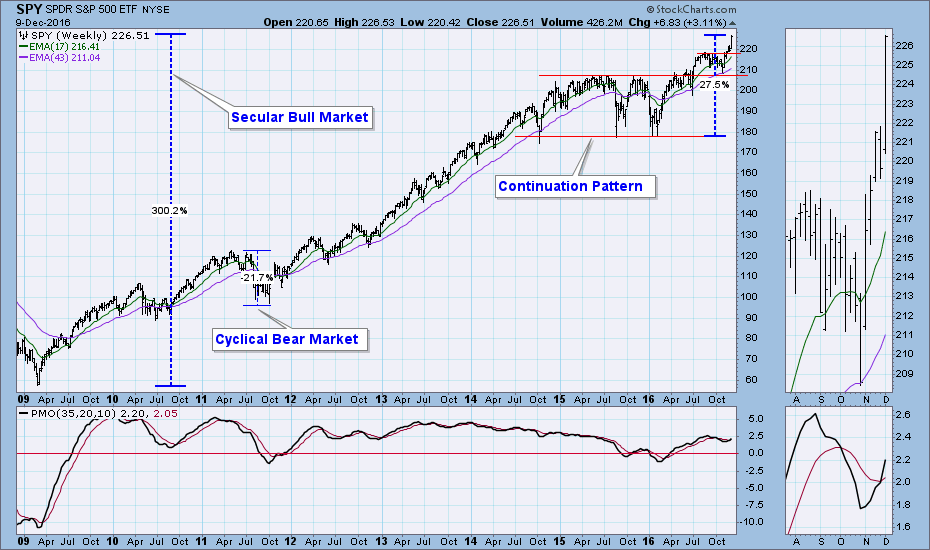 CONCLUSION: As future overbought conditions and negative divergences develop, as they always do, pauses and corrections to digest market gains are inevitable; however, we should keep in mind that we are currently in a cyclical bull market that is layered on top of a secular bull market. That is about as positive as it gets.