The market has rallied about +6.5% from the November low, but less than half of that can be attributed to the election results. As of the close on Tuesday, November 8, it was widely believed that Clinton would be the winner. When the opposite result emerged, the market rallied an additional +3.6%. By itself, this was not a spectacular advance, and a pullback began after Wednesday's intraday high. Is this a medium-term top, or merely a technical correction? 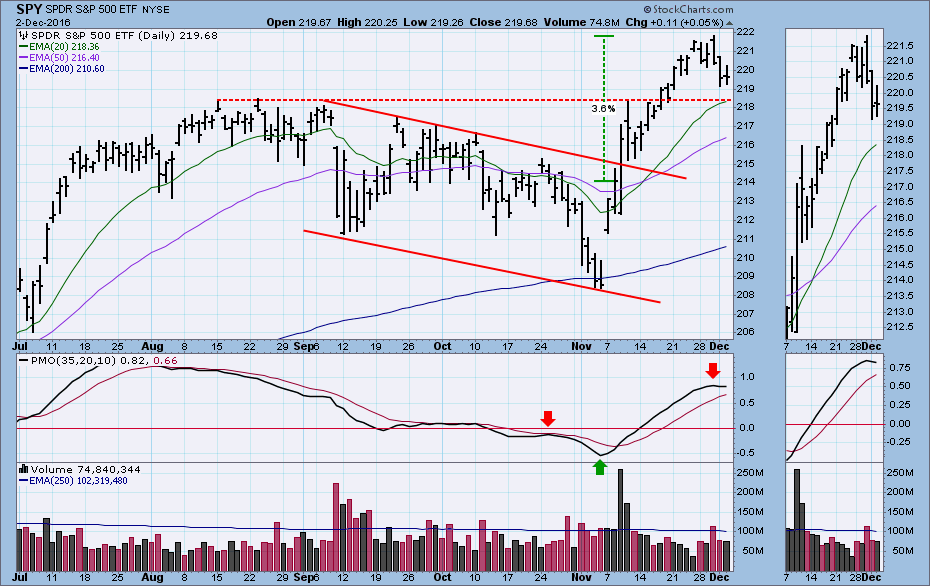 No one knows for sure, but we are in a bull market, so we should assume outcomes will be bullish until proven otherwise. About two weeks ago the market blew through a line of resistance drawn across the previous all-time highs in August. Last week a new, all-time high was made, then the market met technical expectations -- it pulled back toward the point of breakout. So far, so good, but there are some problems.

First, the PMO topped. It is a shallow top that can easily be reversed by positive price action this week, but for now it is a negative.

Second, longer-term indicators are showing rather sharp negative divergences, and their readings are substantially lower than we might expect with the market making new, all-time price highs. For example, the Percent Buy Index (PBI) shows that only 63% of S&P 500 stocks are on Price Momentum Model (PMM) BUY signals. The other two indicators show a similar lack of participation. The flip side is that there is still plenty of room for the indicators to move higher. 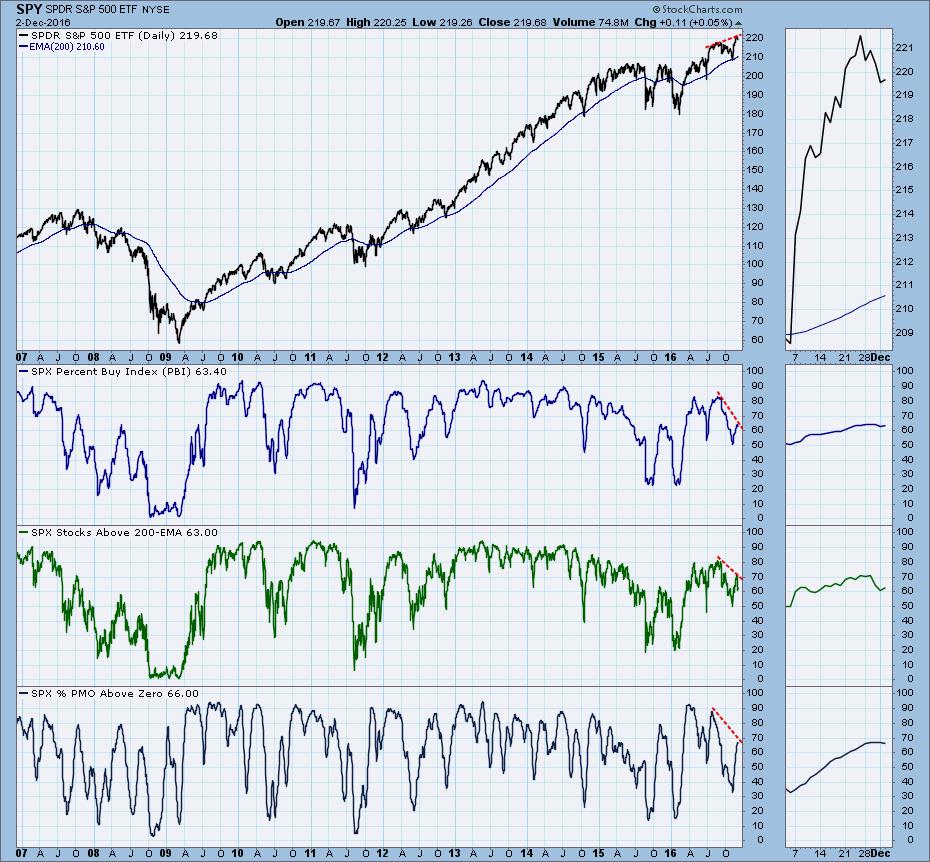 Finally, sentiment is getting a bit too bullish. The National Association of Active Investment Managers (NAAIM) Exposure Index below is near record bullish readings. 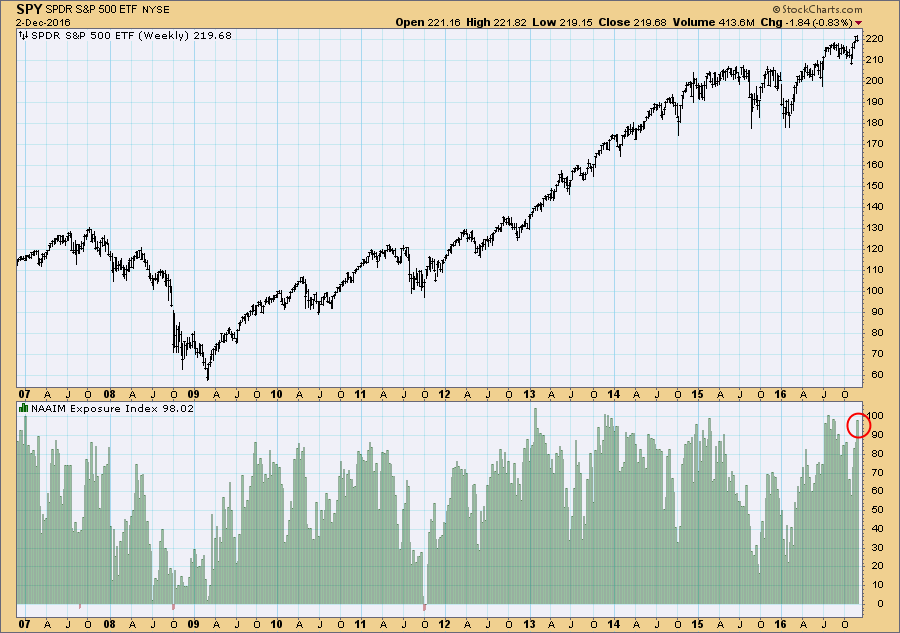 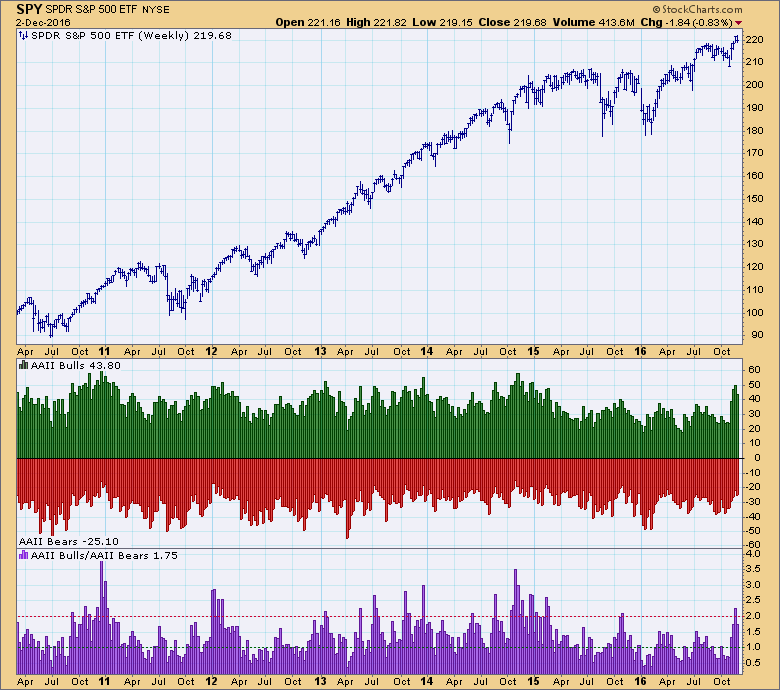 CONCLUSION:  I am concerned that there are suddenly too many bulls, but experience shows that extreme sentiment readings can appear well ahead of a price top.  While some of the bullishness can be justified because of the prospect of a new business-friendly administration in the White House, some technical indicators are not confirming recent record price highs. Our immediate concern should be that SPY does not fall below the support line at 218.40. Should that support fail, bigger problems could emerge.