This compelling point in time on the $BRENT chart makes it very worthy of the 'Don't Ignore This Chart' blog. 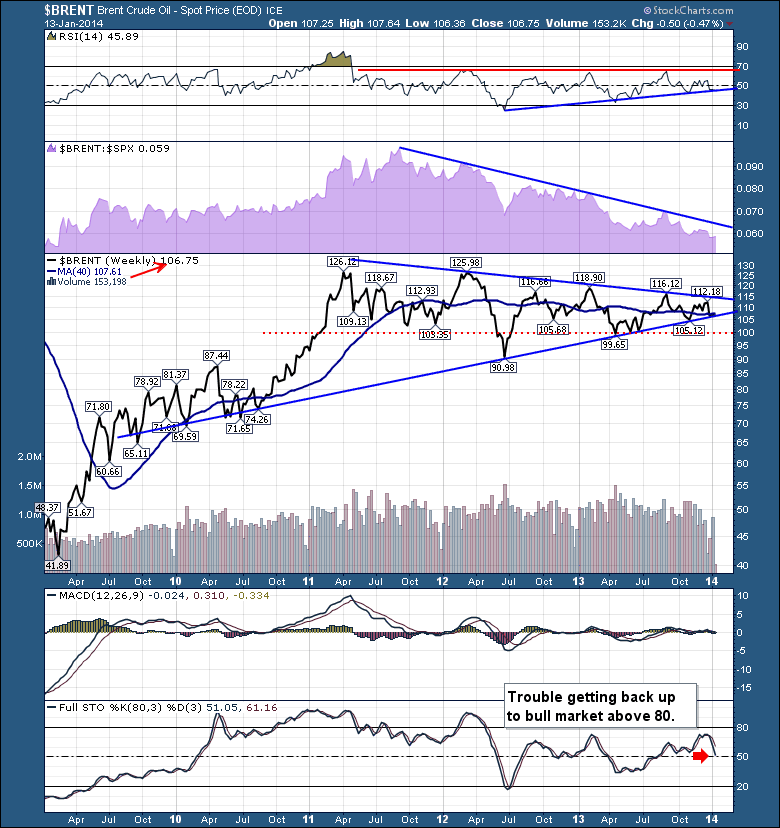 Starting at the top, the RSI is still staying under 65 which we would associate with a bear market pattern. It is currently testing the 18 month uptrend line off the 2012 lows as well.

The relative performance in Purple is clear. $BRENT is underperforming the broad market so investors are flowing out of $BRENT.

$BRENT is in a massive pattern, somewhat similar to the $WTIC chart, but different in one major event. $WTIC broke above  the pennant pattern and has now fallen back inside the pattern. $BRENT never took the trip above at all. Everything points to a major trend line break soon. Based on the abundant inventory levels, I would select down as my bias. We are trading just under the 40 WMA.

The MACD is in a calm before the storm pattern, where it goes to sleep and we would expect a significant breakout either way in price at some point. Lastly, the Full STO is pointed straight down. Below 50 is usually associated with downward prices. Currently $100 is the floor price of the horizontal action if the trendline breaks.  If the lower trendline breaks, I would expect a large move down as the trendline held 12 times. Price action is critical here. Breaking and closing outside either of the pennant trendlines would be important. 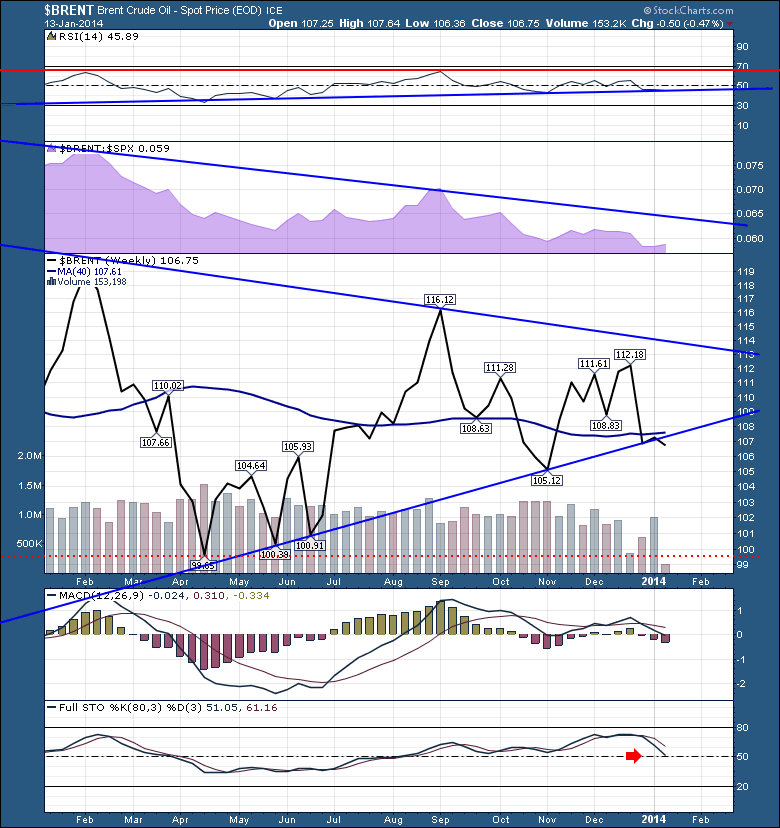