We always focus on the shorter term charts, but the big institutions focus on Monthly and Quarterly charts.

Looking at the long timeline, the chart reveals some interesting trend lines. Lines of the same color are also the same slope. 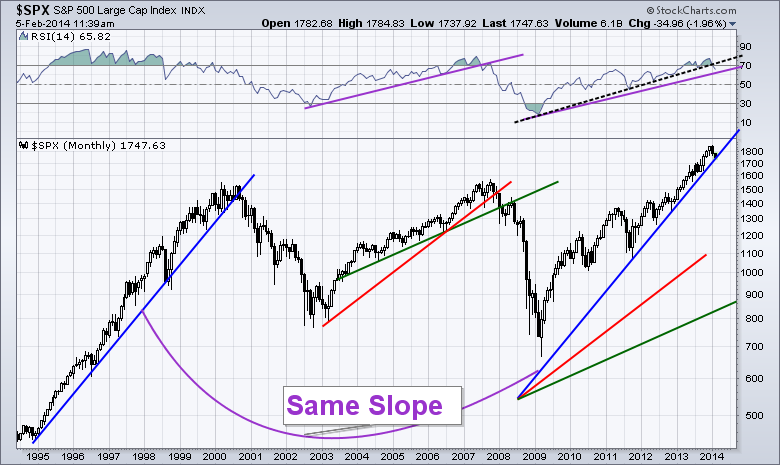 Currently we are testing the trendline again. We are early in the month and we still need to wait for a close below to confirm a breakdown.

On the RSI, you will see a trendline in the 1990's would be horizontal and not much value so I did not draw one. The 2007 final top was marked clearly by a simple trendline on the RSI. I have duplicated the 2007 slope  in purple to show the current slope. The black dashed line is slightly higher and has currently been broken. Again we must wait for month end to finalize the position of the RSI reading for February.

I still expect a test back towards the top here. But just a simple long term trendline could be an important clue for whether one is adequately positioned as defensive or offensive.