Twitter (TWTR)  has been an interesting IPO. It showed great promise coming to the market and the stock behaved much better technically in the first few months than Facebook. After that, the two appeared to be the same pain for buyers. Twitter lost 60% from its highs. Now we are almost a year into the Twitter trade and it has resumed the upside momentum much like Facebook did. Facebook built more of a base, but nonetheless both are now trading above the first day of trading close. We can see that TWTR now has an SCTRT ranking better than 97% of the stocks in the large cap universe. It has been outperforming the $SPX since June based on the purple area chart. 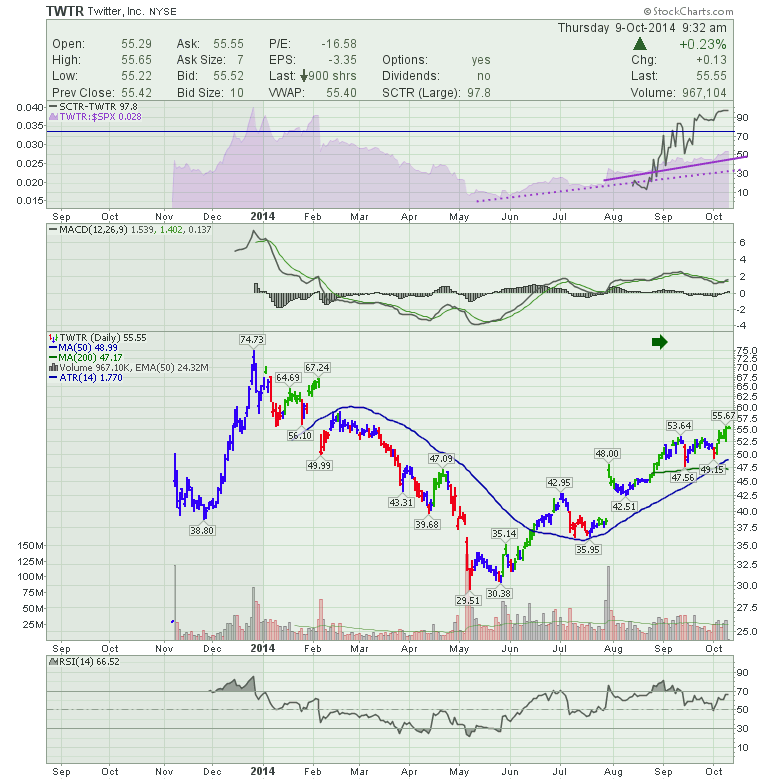 With the RSI pointed higher and the stock continuing to climb while the overall market looks weaker, Twitter is not one to be ignored here. Investors are tweeting their admiration for it one daily character at a time. Higher highs and higher lows have the character of an uptrend.