United States Oil Fund (USO) is one of the "big four" that I analyze on a daily basis in the DecisionPoint Daily Update which you can find in the "DP Reports" blog. The other three of the "big four" are UUP (Dollar), Gold and TLT (20-yr Bonds).

USO has been in a very long basing pattern since 2009 following the parabolic price move and subsequent crash. Right now price is preparing to test long-term support along the 2011/2012 lows. Next stop would be the all-time low in 2009. The weekly Price Momentum Oscillator (PMO) has a clear range of +5 to -5. Unfortunately for USO, the weekly PMO hasn't even reached the lower end of that range which makes it vulnerable to further decline. Reaching the 2011/2012 lows looks likely, but now it seems plausible that the 2009 all-time low could be taken out as well. 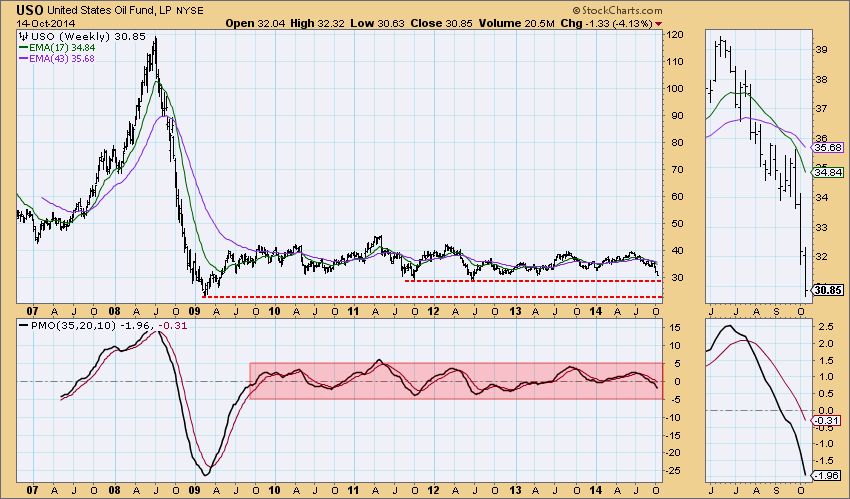