Trading in Apple has turned dull over the last six weeks as the stock moves in a tightening consolidation. The volatility contraction can be seen by the Bollinger Bands, which contracted to their narrowest since October. Notice that BandWidth moved below 5%. Also notice that the October squeeze featured a head fake to the downside and then a sustained breakout to the upside. John Bollinger notes the following: "Typically what you'll see is a Squeeze, followed by a band tag, followed in turn by the real move". 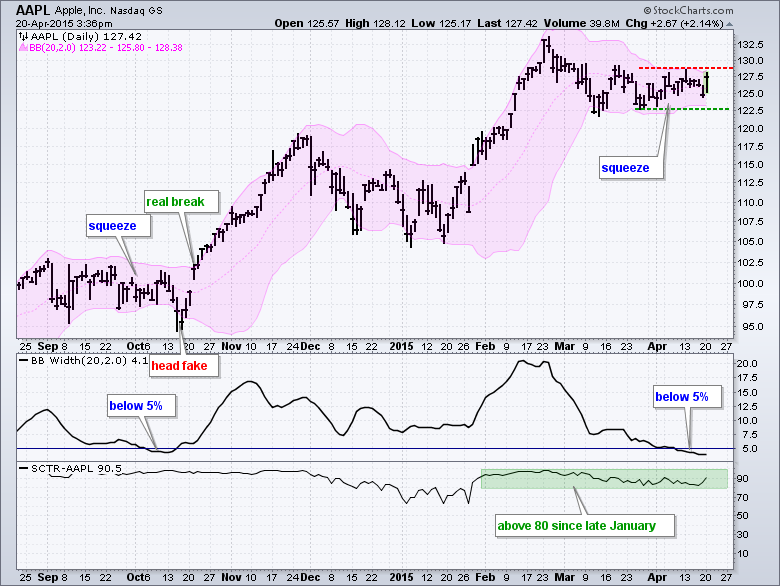 Apple is currently in the midst of the Squeeze and making a move towards the upper band. The head fake does not always happen, otherwise it would be too easy to trade. Apple is currently one of the strongest large-caps in our universe because its StockCharts Technical Rank (SCTR) is near 90, which puts it in the 90th percentile. Relative strength and the bigger uptrend suggest that the break will be to the upside. Should this breakout quickly fail, chartists should position for the head fake and watch for a downside break, which could become the real move.