The Social Media Global ETF (SOCL) fell sharply on Monday to signal a continuation of the prior decline. The chart below shows SOCL breaking support with a sharp decline in late June and early July. This is the break that broke the bull's back. Notice how the ETF formed a lower high in early June and broke below the May low in early July. The subsequent bounce in mid July retraced 62% of the prior decline and carried the ETF back to the 50-day SMA. This is normal for a retracement and the 50-day acted as resistance. With a sharp decline the last few days, a lower high formed and the bigger downtrend is continuing. Chartist can now mark resistance at the mid July high. I show the three culprit stocks after the jump. 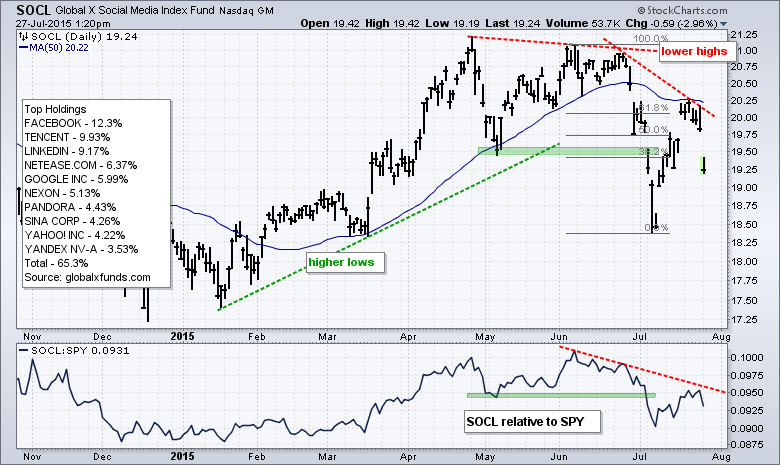 Chinese stocks were hit hard on Monday and three Chinese components are weighing on the Social Media Global ETF (SOCL). The chart below shows Tencent Holdings (TCEHY), NetEase (NTES) and Sina.com (SINA), three stocks that account for around 20% of the ETF. Tencent peaked in April, formed lower highs in mid July and fell sharply the last three days. NetEase is the strongest of the three, but the stock fell sharply from resistance near 150. Sina.com surged to the 60 area and then gave most of these gains back with a sharp decline to 40. All three are below their 50-day moving averages. 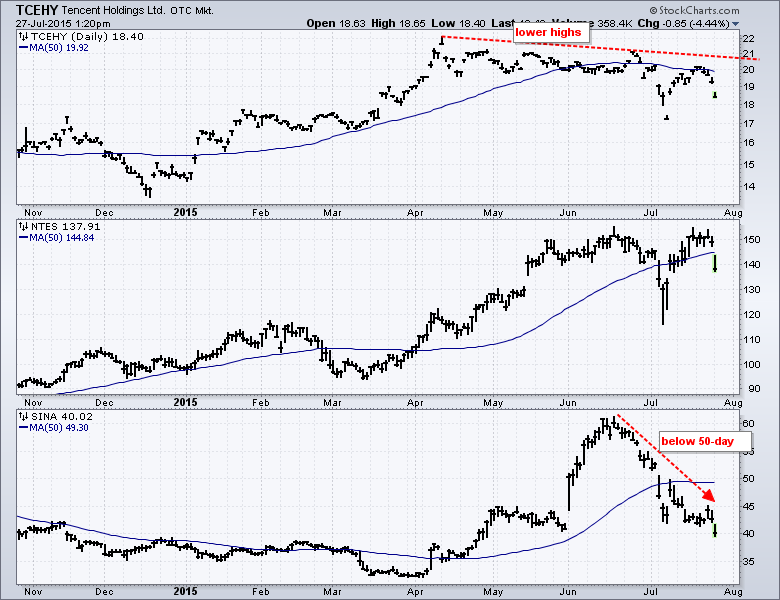