There are lots of technology-consumer companies out there, but few are bigger than the big five: Apple, Amazon, Facebook, Google and Microsoft. While I am not sure if it is a zero-sum game for these behemoths, two are emerging as the leaders over the last few weeks. The SharpChart below shows the performance of these five and QQQ since the end of August. Facebook and Amazon are up more than double their next competitor, which is Google (+2.64%). Google is up more than QQQ and outperforming, but it is lagging Amazon and Facebook this month. Microsoft and Apple are up over this timeframe, but they are lagging QQQ and the others. Note that Chartists can create this "performance" SharpChart by entering up to ten comma-separated symbols in the symbol entry box. We will look at the CandleGlance charts for these five after the jump. 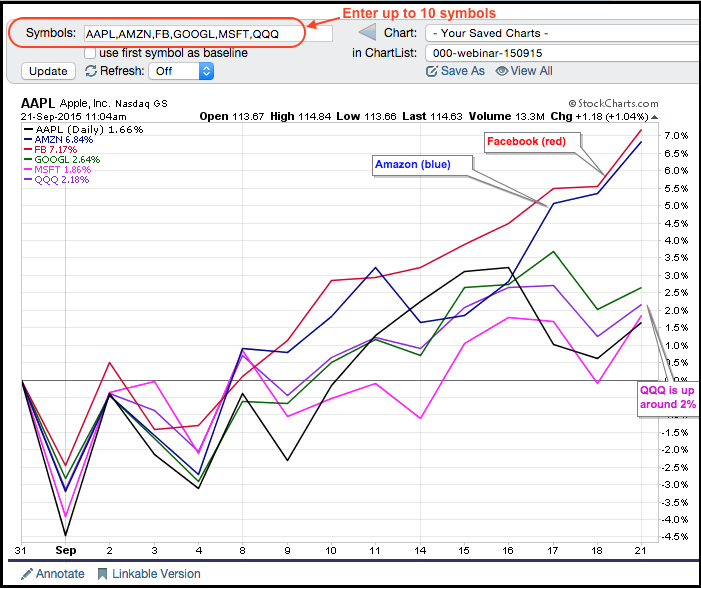 The CandleGlance charts below confirm relative strength in Amazon and Facebook because they have the highest StockCharts Technical Ranks (SCTRs). Amazon is above 99 and Facebook is above 95. Google also shows relative strength with a SCTR at 94.5, which is slightly higher than QQQ. Apple is the weakest of the five because it has the lowest SCTR (60). As the red oval at the bottom of the chart shows, chartists can add the SCTR to a CandleGlance group and sort by the indicator. Click here for our complete SCTR table for large-caps. 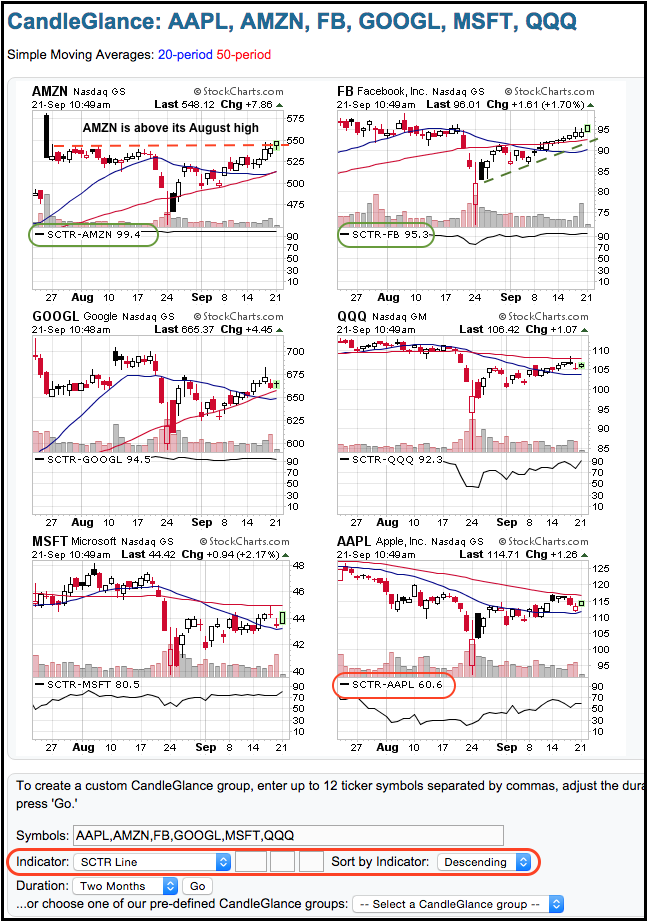