Star Wars fans may remember that quote from Darth Vader in Star Wars Episode IV (A New Hope). In any case, it came to mind when looking at the chart for Hasbro, which holds the merchandising rights for Star Wars toys. I see three reasons to be bullish on the price chart and expect higher prices in the coming weeks. First, the overall trend is up as the stock hit a 52-week high in July and held the support zone in the 70-72 area in August. Second, the stock is recovering nicely after the August plunge and moved above its early September high today. Third, the two biggest volume bars of the last three weeks were on up days. This suggests more interest in buying than selling. There is a fourth reason to be bullish and I will show it on the second chart (after the jump). 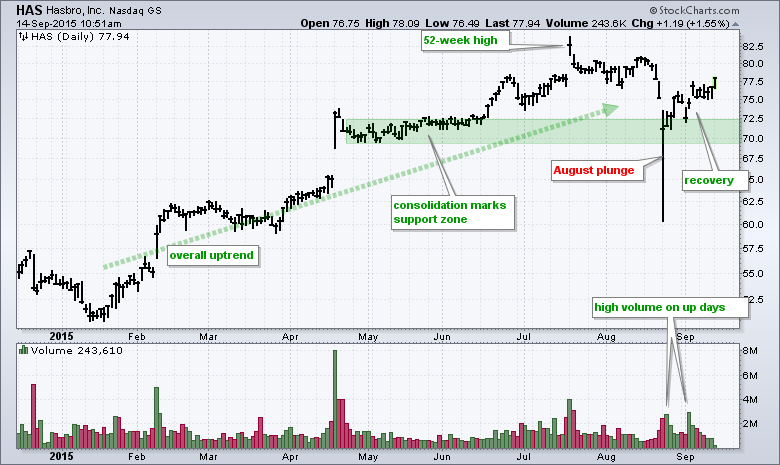 I am also bullish on Hasbro because the stock shows relative strength. The indicator window shows the HAS:SPY ratio moving higher since April and hitting a new high this week. This means HAS is outperforming SPY and showing relative strength. Honing in on recent price action, I am also seeing a gap surge in early September and a small flag last week. The stock is breaking flag resistance today and this puts HAS on course for a new high. I am marking first support at the flag lows (74). 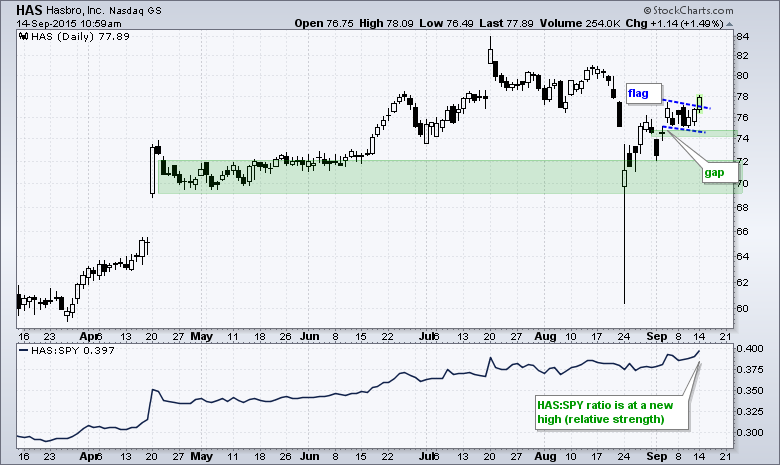