Deere (DE) is not keeping pace with broader market and a bearish momentum signal just triggered. Deere was hit with the rest of the stock market in August and fell sharply. This was normal because the broad market was under intense selling pressure. The S&P 500 ultimately held its August low in late September and surged in October, but Deer broke its August low and the October bounce stalled out after the first week. The stock is clearly not keeping pace with the broader market and this is reflected in the price relative (DE:$SPX ratio), which hit a new low this week. A new low in the price relative means DE shows some serious relative weakness. 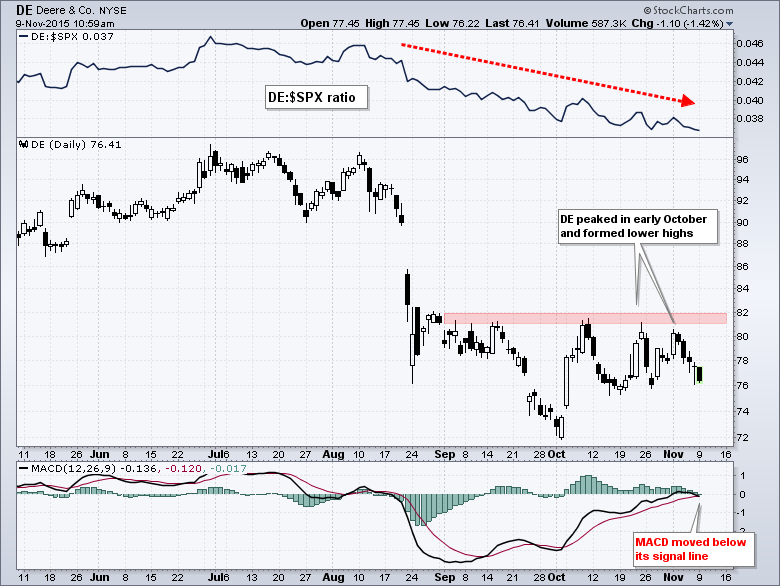