The Finance SPDR (XLF) and big banks led the market surge from late September to early November, but turned into laggards over the last seven weeks.  JP Morgan Chase (JPM) personifies big bank performance with a breakout around 64 and a seven-week pullback that is testing this breakout zone. This pullback puts the stock at a make-or-break point with the October breakout hanging in the balance. Notice that broken resistance turned into support in the 64 area and held with last week's bounce.  A break below the early December low would negate this breakout and be quite bearish for JPM.  Should the stock hold support, look for a move above 68 to break resistance and reverse the seven-week slide. Such a move would be quite bullish for the stock and signal a continuation of the October surge. This would also be positive for the Finance SPDR because JPM accounts for 8.25% of the ETF. The indicator window shows weekly MACD (12,26,9) in positive territory and above its signal line, which means momentum is currently bullish. A break below the signal line would provide the first sign of weakening momentum. 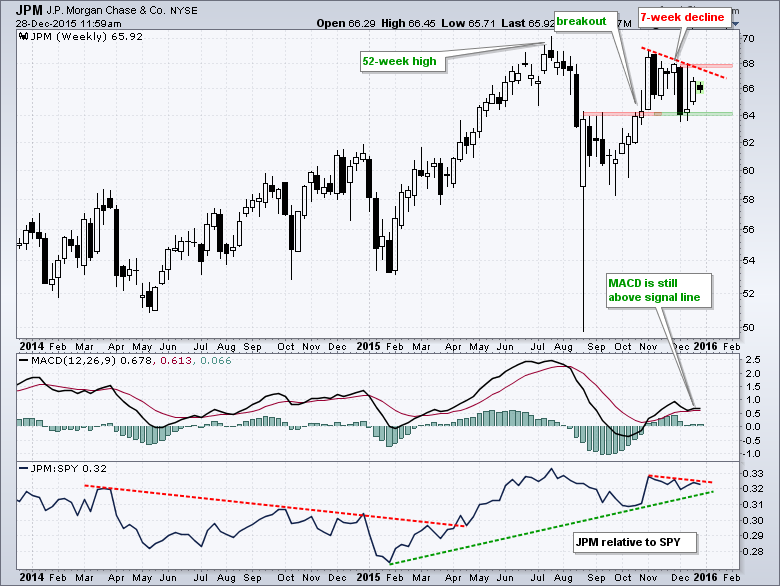