The S&P 500 is setting up for its first test as it nears resistance in the 1950 area. The chart below shows the index below the falling 200-day SMA and the 50-day SMA below the 200-day SMA. The overall trend here is clearly down, but the ~6% rally over the last six trading days has been quite strong. Even so, the index has yet to clear its first resistance hurdle. Notice that the early February high and 50-day SMA mark potential resistance in the 1950 area (give or take a few points). While a break above this high would be positive, it would still not be enough to reverse the overall downtrend because the index remains well below its falling 200-day SMA. 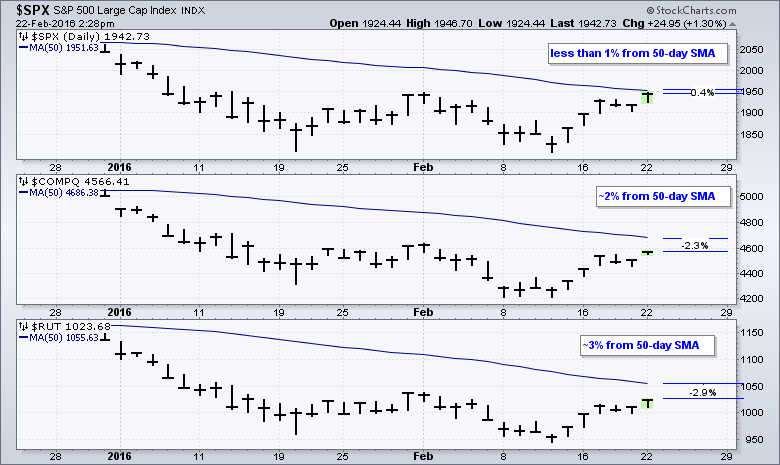