The Coffee ETF (JO) is one of leading commodity ETFs this week with an 8+ percent gain in just three days. The chart shows JO trending lower from the October 2014 peak until the February 2014 trough. JO then surged with a sharp three week advance that exceeded 20 and then pulled back to the 18 area in April-May. It looks like this pullback is ending as JO surged above the mid May high and broke above its 52-week EMA. 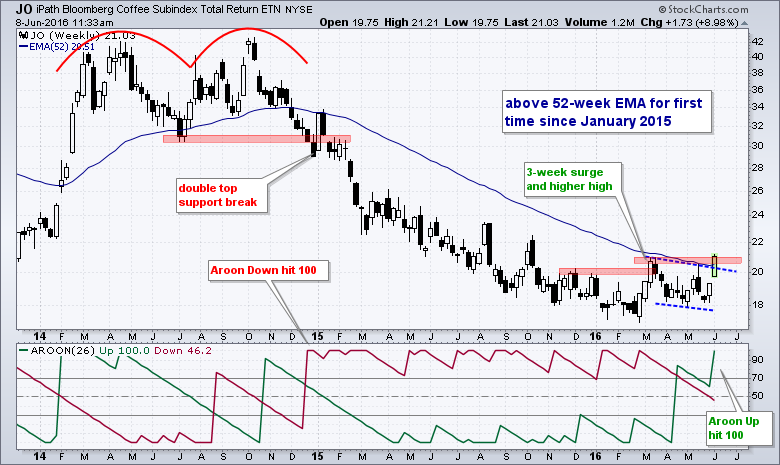 The indicator window shows 26-week Aroon Up (green) and Aroon Down (red). Aroon Down crossed above Aroon Up in December and hit 100 that same month. A double top support break confirmed this bearish Aroon signal and JO began an extended downtrend. Aroon Up is signaling an end to this downtrend with a surge above Aroon Down in April and a subsequent surge to 100 this week.