Tesla was hit hard in early May, but the stock managed to reverse near the 50% retracement and a bullish wedge is taking shape near the 200-day simple moving average. The stock surged from 140 to 270 from mid February to early April. This was a 90% advance in less than three months. The stock was entitled to a correction and the decline to the 205 area retraced around 50%. This is normal for a correction and there are signs that the correction is ending. 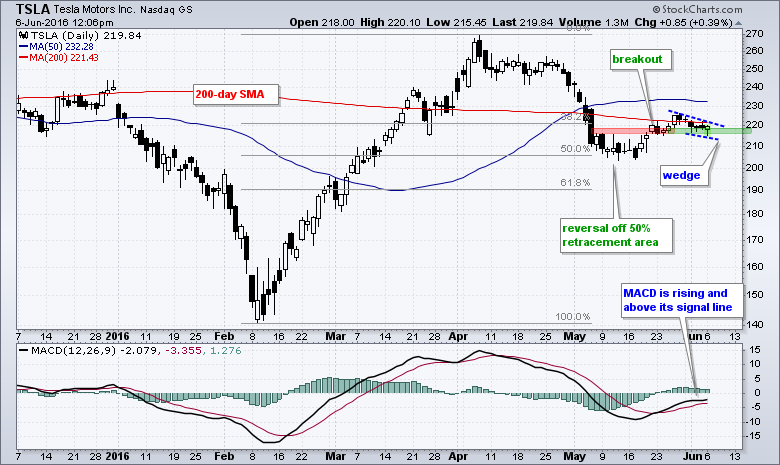 Some encouraging signs are emerging as the stock broke above 220 in mid May and challenged the 200-day SMA. A small wedge formed the last six days and this could mark a correction after the May bounce. Chartists can cue off the wedge trend line and the 200-day moving average for the next signal. A break above these would be bullish and argue for further gains. The indicator window shows MACD improving with a move above its signal line in May. Further strength into positive territory would be bullish for momentum.