It has been a rough summer for Whole Foods Market (WFM) as the stock plunged in June and late July. Both declines were sharp and featured big gaps. The stock did bounce between the two declines, but formed a lower high in late July. Most recently, WFM has been consolidating after the July gap-plunge (blue shading). This consolidation could represent a rest after the first shoe dropped. A support break at 30 would suggest that the second shoe is dropping and target a move to new lows. The indicator window shows the SCTR below 15 since late July and this is one of the weakest stocks in the market right now. 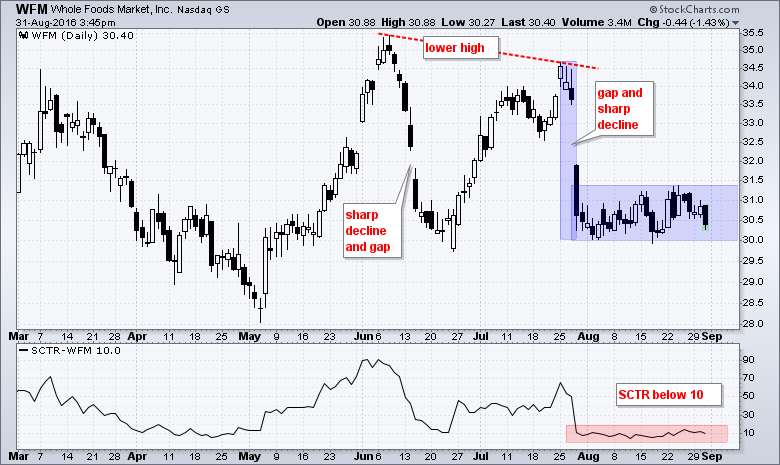