Chubb trended lower from July to October, but a gap-laden reversal off a big support zone suggests that this decline may be reversing. More importantly, this decline looks like a correction with a bigger uptrend. Let's look at the evidence for a long-term uptrend. First, Chubb (CB) hit a 52-week high with the June surge. Second the 50-day EMA is above the 200-day EMA. Third, the stock is above the rising 200-day EMA. These indications point to a long-term uptrend. 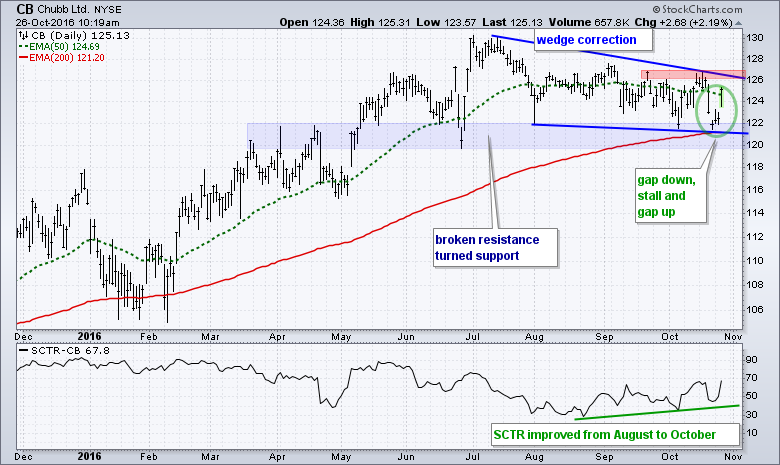 There are signs this correction is ending because the stock held support in the 120-122 area and held the 200-day EMA. Notice how the stock gapped down on October 20th, stalled for three days and then gapped up. This amounts to a short-term reversal that reinforces support. A break above the October high is the next step to a full reversal of the falling wedge.