Home Depot is the perfect cyclical stock because it sits at the crossroads of retail, housing and the consumer. The stock was a poster child of the bull market with a 200+ percent gain from 2013 to 2015. It did not stop there and even managed to hit new highs into 2016. More recently, HD fell on hard times the last few months with a move below the June low and relative weakness since May. Notice that the price relative peaked in May and the StockCharts Technical Rank (SCTR) has not been above 60 since early May. 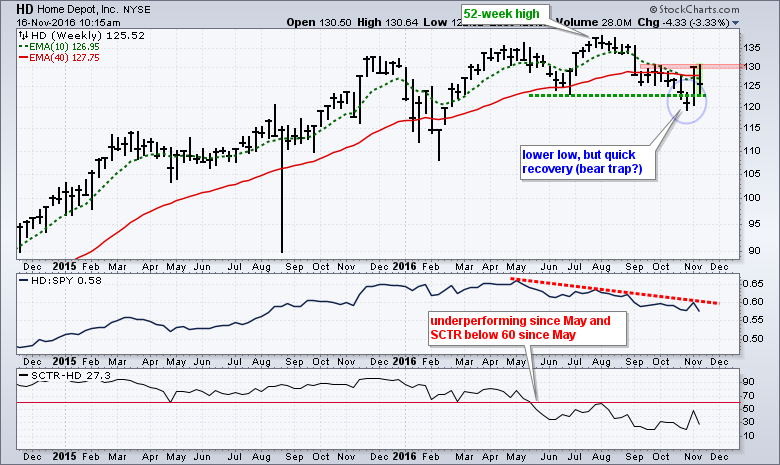 Even though the current evidence is bearish, I am watching HD closely because it surged over 7% last week and quickly recovered after the lower low. This is potentially bullish price action because it created a "bear trap", which is essentially a failed support break. Even though the bear trap is positive, the stock has yet to follow through and remains an underperformer. I am looking for a weekly close above resistance at 131 for a breakout on the price chart and an SCTR move above 60 to signal a return to relative strength. Such a move would suggest that retail, housing and the consumer are back.