It has been a rough year for General Electric (GE) because the stock is down around 4% and underperforming the S&P 500 SPDR (SPY), which is up around 6% this year. Despite relative weakness, momentum is improving as MACD edges into positive territory and the stock is bouncing off support. Notice that broken resistance and the 61.8% retracement zone turned into support as the stock bounced in early February. GE tested this level again in late March and bounced over the last two weeks. This is encouraging price action, but the stock remains below its first resistance hurdle. Look for a break above the red resistance zone (30.25-30.50) to show a significant increase in buying pressure. Such a move would turn this chart bullish and argue for further strength to the low 30s. 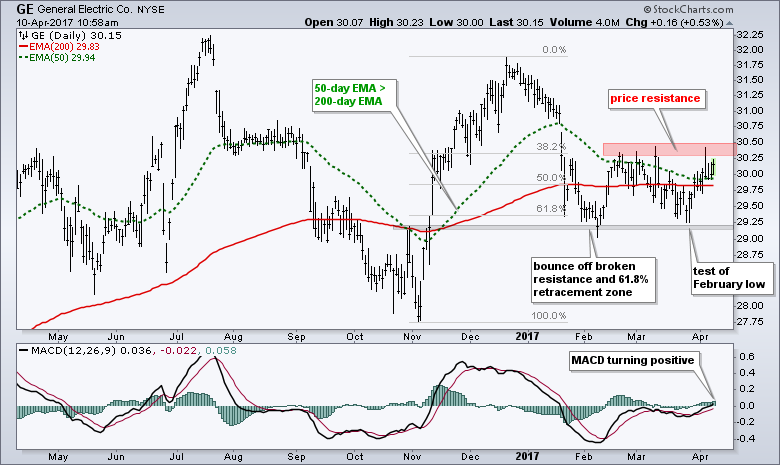