A recent double top and failure at the 200-day SMA point to lower prices for Comcast (CMCSA). The double top formed from May to early September with two highs around 42 and a low around 38. Comcast broke this low with a sharp decline and then became oversold. The stock bounced back to the break zone and the 200-day SMA in in the second half of September, but turned lower the last four days and this solidifies the double top break. Also notice that a rising flag formed and the stock broke the flag line this week. The indicator window shows the PPO (5,30,5) turning down and breaking its signal line. Based on the height of the double top (4 points), the downside projection is to around 34. This is my target as long as resistance at 39 holds. 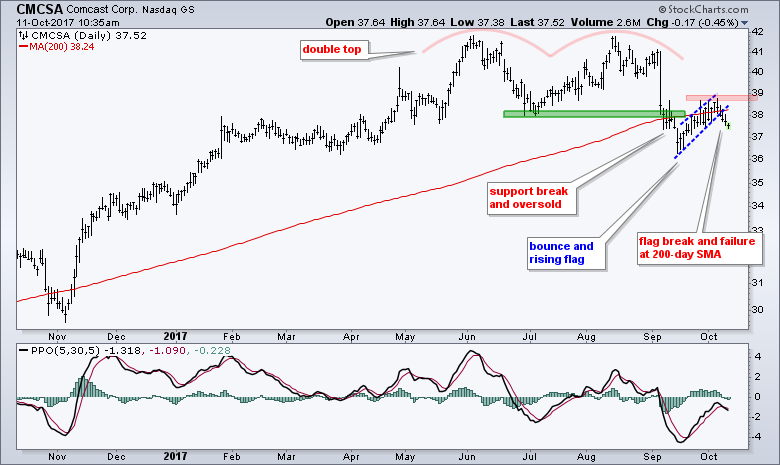