Ford (F) consolidated after a big advance and this consolidation looks like a bullish continuation pattern. First, industry group strength and the long-term uptrend are in Ford’s favor. Ford is part of the red-hot Global Auto ETF (CARZ), which is up over 20% from its April low and trading near a 52-week high. Long-term, Ford broke a big resistance zone in September and the 50-day EMA moved above the 200-day EMA in October. After a 19% -trend-reversing advance, the stock was entitled to a rest and this is exactly how a consolidation works. The trading range digests the gains, alleviates overbought conditions and paves the way for the next move.  A break above the October highs would end the consolidation and signal a continuation of the August-September surge. The consolidation sports a higher low over the last few weeks and also looks like a small ascending triangle. 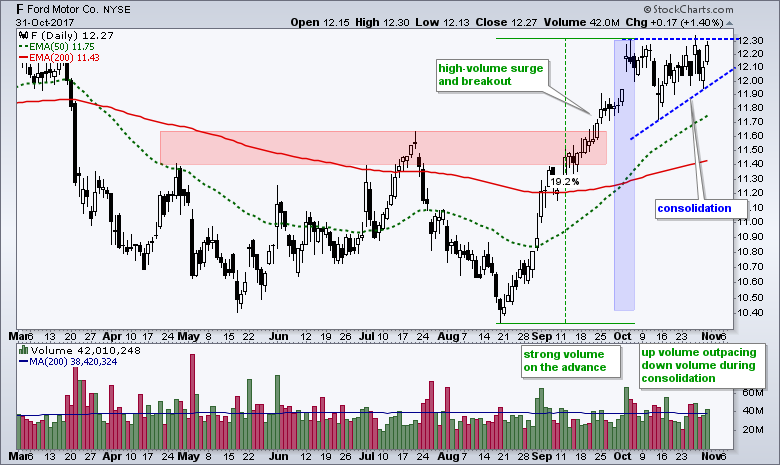